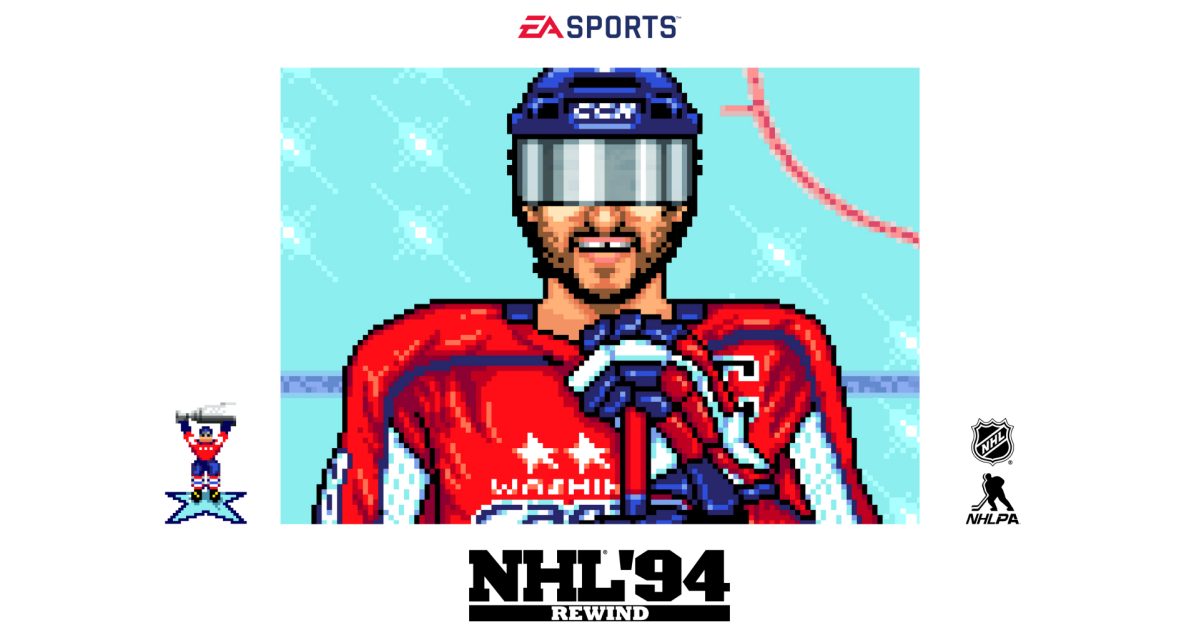 While the video game world welcomes the next-gen consoles this week, EA Sports recently dropped a blast from the past on us, or at least on those of us who pre-ordered the newest iteration of EA’s long-running NHL series. If you pre-ordered NHL 21, you were recently granted access to one of the most beloved sports titles to ever hit the home console market: NHL 94.

If you are not old enough to have played this title when it was originally released, then trying to explain the impact that NHL 94 had on the home console market is a tough task, but I’ll try. This was a sports title that just dominated my younger years, and even though I wasn’t the biggest hockey fan in my youth, NHL 94 and ’95 were titles that all of us played in college, and even maybe missed a class or two because of late-night sessions.

It was the first game in the NHL series that delivered both the official teams and official players all in one box, which was amazing. Before NHL 94 we had to deal with city names and no logos, and the combination of the two was simply an awesome experience.

On top of having the real teams and real players, NHL 94 delivered such memorable gems as one-timers, wraparounds, body checks into the benches and hard-hit pucks breaking the glass that surrounded the ice. While most of this stuff sounds generic in today’s world of hyper-realistic sports titles, I can assure you that it was not in the early ’90s. To this day, people who experienced the game during its maiden voyage still reference many of these, which lends credence to the type of cultural phenomenon it actually was.

It was the early stages of realistic sports titles, and so many breakthroughs were happening and happening quickly. Fond memories of an ambulance driving onto the field or windowless passing in Madden, real commentary in Sega’s Sports Talk Baseball and Football, and over 54 real golfers and 8 real courses in PGA Tour Golf III.

The Memories Come Rushing Back

After years of not really giving NHL 94 a thought, I sat down and fired up my first game in many years. I had played occasionally with an emulator, but this felt different. As soon as the screen popped up, it felt like I was a kid again seeing that familiar opening sequence and being greeted by my old friend, Ron Barr.

Even for a game that is now approaching 30 years old, the use of realistic organ music, team intros and physics-based hitting still seem well done today. Body checking someone and a blown whistle still feel and sound as satisfying as they did then. And the ability to play with updated rosters, teams and logos helps deliver a retro experience with a current-day feel. (Yes, it’s current rosters rather than the NHL 94 rosters.)

NHL 94 also gives you a surprising amount of options in-game and in the settings. I could choose different period lengths, auto-goalies, penalties being on or off, and line changes being off, on or manual. The game also allows the user to change up the side-art on the screen to something current looking or the original look from its original release.

Not everything in NHL 94 is nostalgic glory though because there is no season mode. As much fun as I had on the ice with NHL 94, I’m still a bit perplexed as to why NHL 95 was not tabbed as the alternate option to coincide with NHL 21. As I mentioned before, NHL 95 was basically the same game, but it had a season mode.

While that may not be a big deal for some, for myself, I would have easily found a way to play a whole season and the playoffs in the throwback series and enjoyed it just as much as the current title. On top of no season mode, fans who have been eagerly awaiting this title since it was announced will be disappointed to find out that couch co-op is offered, but no online multiplayer.

My hope at this juncture is that EA is willing to maybe update the title and give us the ability to play head-to-head online, or on the same team. Even without season mode being offered, an online mode would make this a long-lasting hit for me.

This lack of online play really does seem like a big miss. As re-releases and remasters have become such a prominent idea in the gaming world today, it feels like maybe a bit more thought should have gone into this aspect, even if this is only available to those who pre-ordered NHL 21 in the first place. Regardless, the inclusion of a season mode or online mode would have given NHL 94 the chance to be a total eye opener for an entirely different generation and helped those folks better experience one of the best titles of its era.

In the end though, NHL 94 is still a lot of fun to play, and while it may lack staying power, I’m not even sure that was ever the intention from EA here. I had no issue finding the same amount of fun and simple gameplay that I did when it initially dropped, and I’m sure that will be the same for many.

As I previously mentioned, NHL 94 is initially only available for those who pre-ordered NHL 21, but EA has said that that may offer everyone the chance to download the game at a later date. My guess is that will happen at some point after those who had originally pre-ordered the game have been given ample time to get the most of their pre-order bonus — thus EA will avoid some backlash from the pre-order folks when NHL 94 is made available to everyone else (probably at a price). No date or price has been given at this time, but I would expect NHL 94 Rewind to come out at some point in the holiday season for everyone else since it’s already a separate download from NHL 21.

Lastly, while I know that the relationship between EA and Nintendo has not always been the best — especially when it comes to sports games — the inability to find a way to get NHL 94 on to the Switch at this time feels like a crime against humanity. If ever a game was meant for the Switch, NHL 94 is the one.