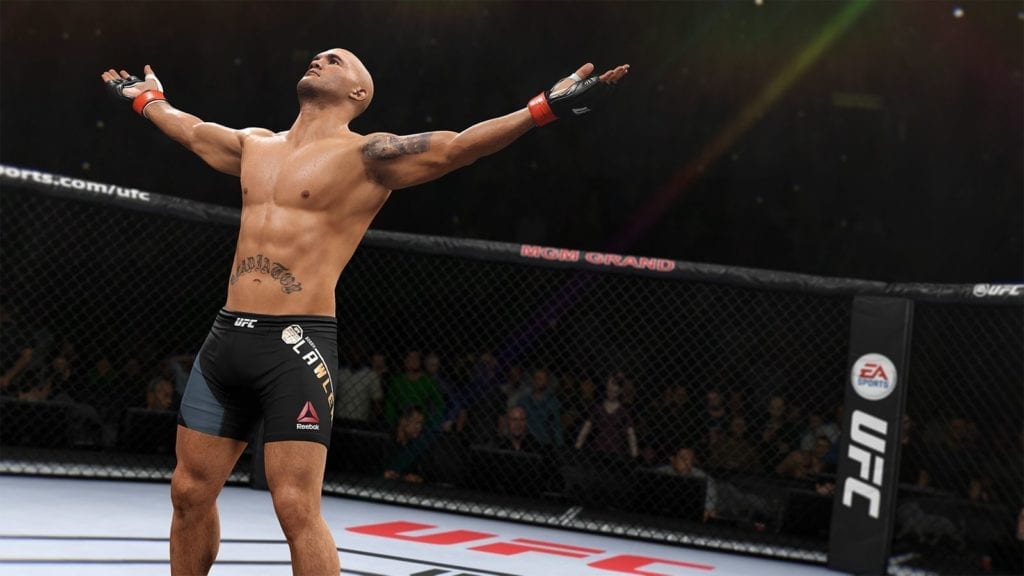 Along with the Madden NFL 18 frostbite news and the delay of the next NBA Live, EA also announced, during today’s Electronic Arts Q3 2017 earnings conference call, EA Sports UFC 3 will ship in fiscal year 2018, which runs from April 2017 through March 2018. Of course when an official release date is announced, it will get posted.

We will continue to drive innovation and competition in our EA SPORTS franchises. FIFA 18 will build on the foundation we created with story mode this year, bringing players back to The Journey with Season 2, featuring new characters and new storylines. Our development team in Vancouver is delivering deeply innovative new experiences across this year’s game, including in Ultimate Team, and creating the most emotionally immersive and connected FIFA we have ever produced. Our Madden NFL franchise will transition to the Frostbite engine with Madden NFL 18, unlocking major visual advancements and new gameplay experiences that will excite dedicated Madden players, football fans, and sports fans overall. Our complete roster of EA SPORTS titles in FY18 will also include NHL 18, a new chapter of our UFC franchise, and an all-new NBA LIVE game launching in the fall.