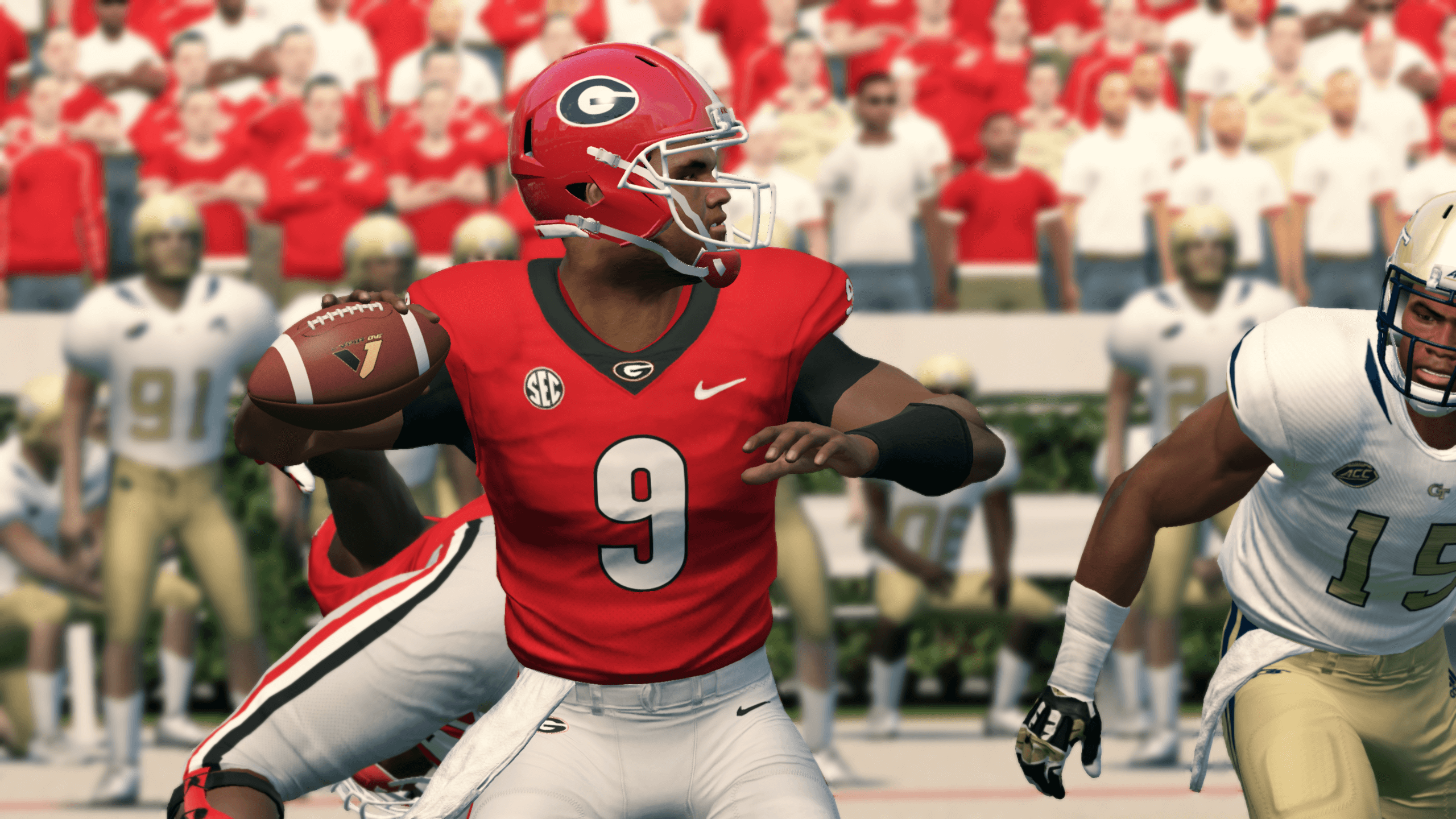 A lot of us remember our first time playing Owner mode in Madden 06. “You can adjust ticket prices!?” “I can charge $8 for hot dogs!?” (This seemed outrageous at the time. Now, not so much). The options were endless, and the new mode came with a new feeling: I’m the owner. I’m the boss! I answer to no one! I’ve always thought about how a mode like this would play out in a college football game (and eventually a college basketball game, please). With the recent news about EA bringing back college football, I figured now would be the perfect time to capitalize on all of those Google searches and discuss an Athletic Director mode coming to the next EA Sports College Football game. 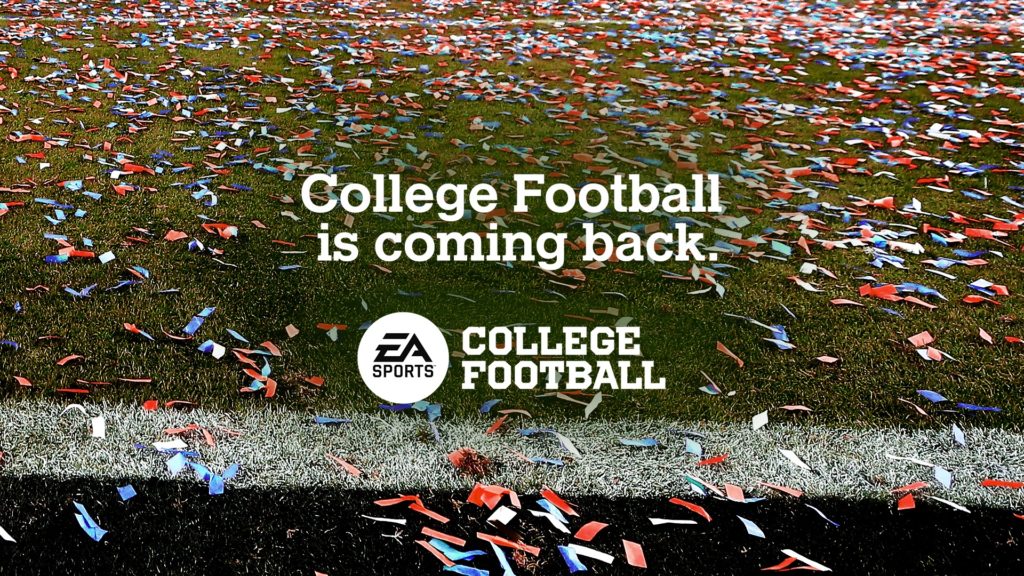 This whole idea, for me, comes back to a simple part of Madden and almost all other sports games. I have a desire to be able to play as a team, rather than a single coach, in career mode. Both FIFA and college sports games seem to place career mode in the single-player bucket rather than a single-franchise bucket. Sometimes I just want to be Manchester City or Cincinnati the entire length of my career mode and not worry about being forced to find a job in Major League Soccer or the Sun Belt (apologies to fans of both). And that’s what made me start to envision this mode.

Some of the parallels are not exact, but this mode would essentially be the college version of Owner mode. I’ve broken down some aspects of the mode below. 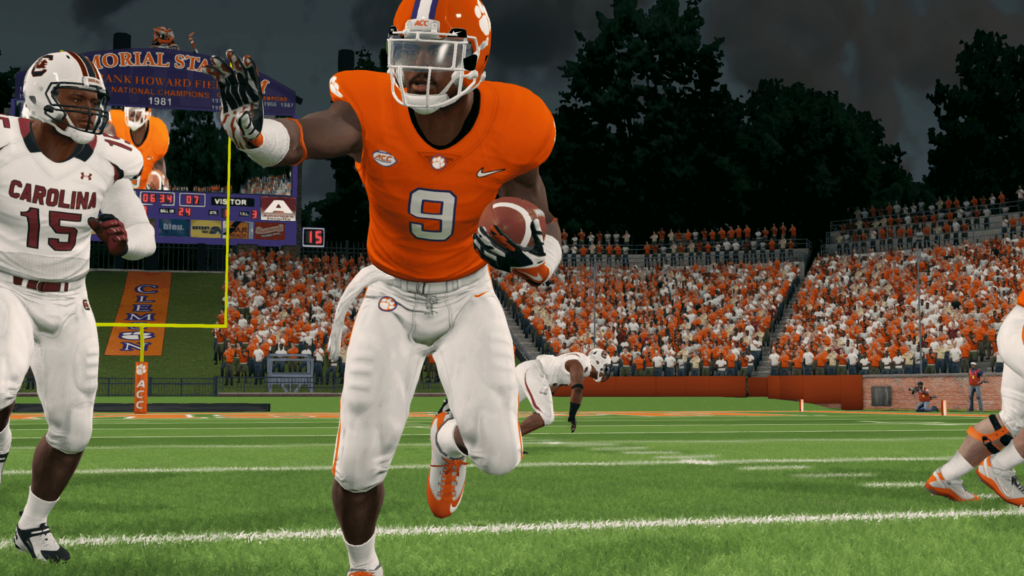 In NCAA Football 14, I can be “Nick Saban” but I can never be “Alabama.” Saban was in his early ’60s when that game came out, and he’ll be retired by 2030. If I were to reach 2030 at Alabama in that game, what do I do? Coach until I’m 80 or 90? In an AD mode, you would be tasked with the important mission of replacing Saban after he retires. Imagine the pressure to get this right.

Ideally, the mode would bring over the coaching carousel from Dynasty mode, but with a twist. As the athletic director, you’ll have to find out which coaches you are interested in and which coaches are interested in you. Coaches would have some sort of interest meter/rating in open jobs, and you’d have to monitor which other jobs are open to see if you even have a chance for some of the available coaches.

Conducting interviews with coaches would be similar to the old “call the recruit and ask him questions” mechanic from earlier versions of NCAA Football. You’d bring in coaches for interviews and discuss salary expectations, buyouts, coach attribute ratings, how the coach’s style would fit with your current roster, etc. And you’d find out more about the each coach throughout the process and hopefully find the right fit.

The coach would then start looking for assistants within the available budget. It’d be nice to have the option to do this at the AD level because we’ve never been able to. 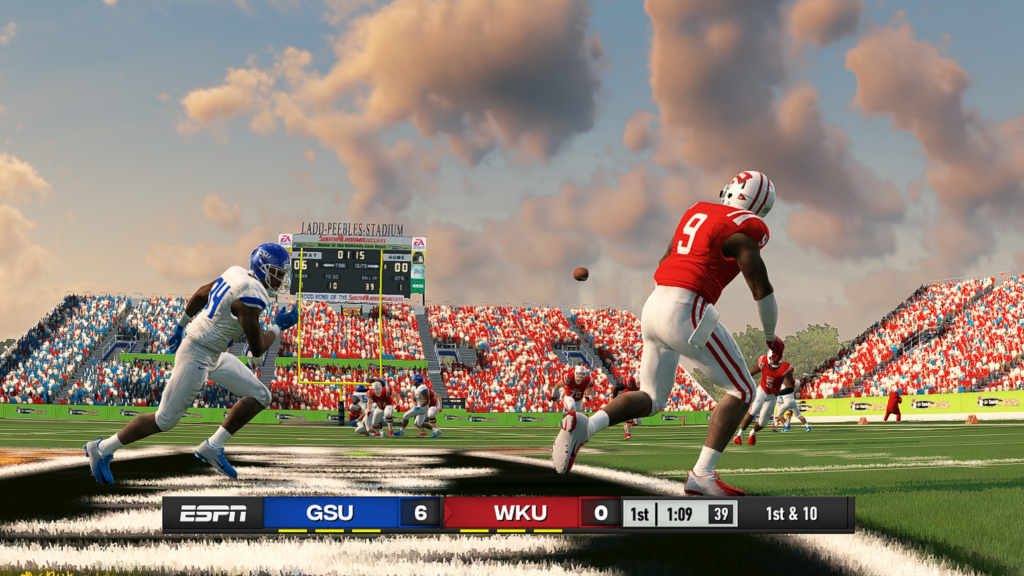 Every year, college football teams unveil their schedules for the upcoming season, though fans seemingly have access to the list of the opponents for the next 25 years or so. In Athletic Director mode you’d have the option to schedule opponents years in advance. Think of it somewhat like trading draft picks five years out in NBA 2K. 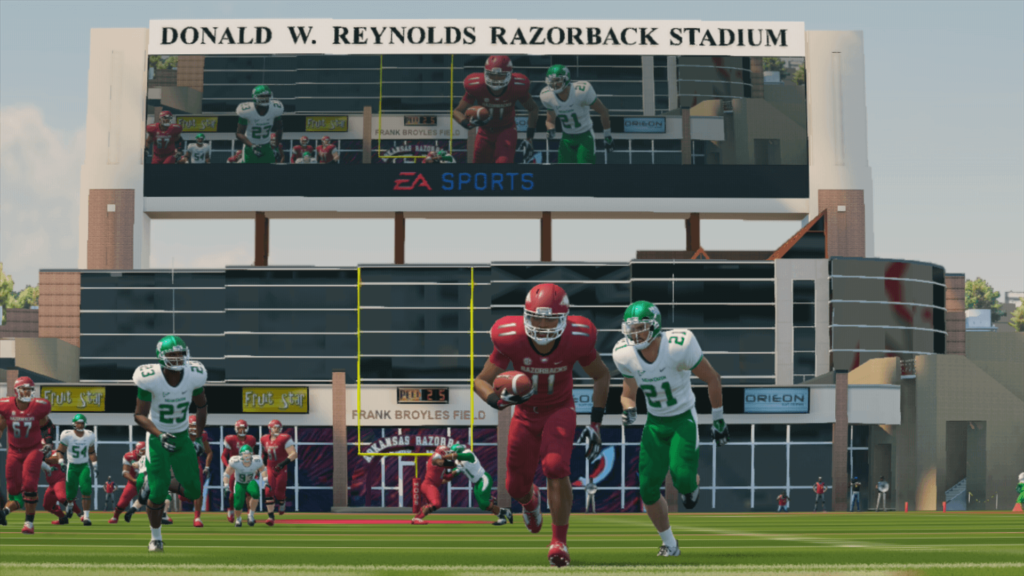 Maintaining/upgrading your facilities and stadium would be a big part of keeping fans and recruits interested. It would also add to your expenses. EA’s NCAA Basketball 10 had something like this, and I’m not sure what it did, but I can already assure you this will be better than that.

And what would be a sports video game without the mention of stadium creator. It was teased in an article a few years ago that this feature was in the pipeline for NCAA Football 15. It’s now in MLB The Show. It’s time to officially include it in the game. Like baseball, unique stadiums are much more a part of the pageantry of college football.

Like Owner mode, you’ll be able to set prices for everything in the stadium, from tickets to gear to appropriately-priced $8 hot dogs. 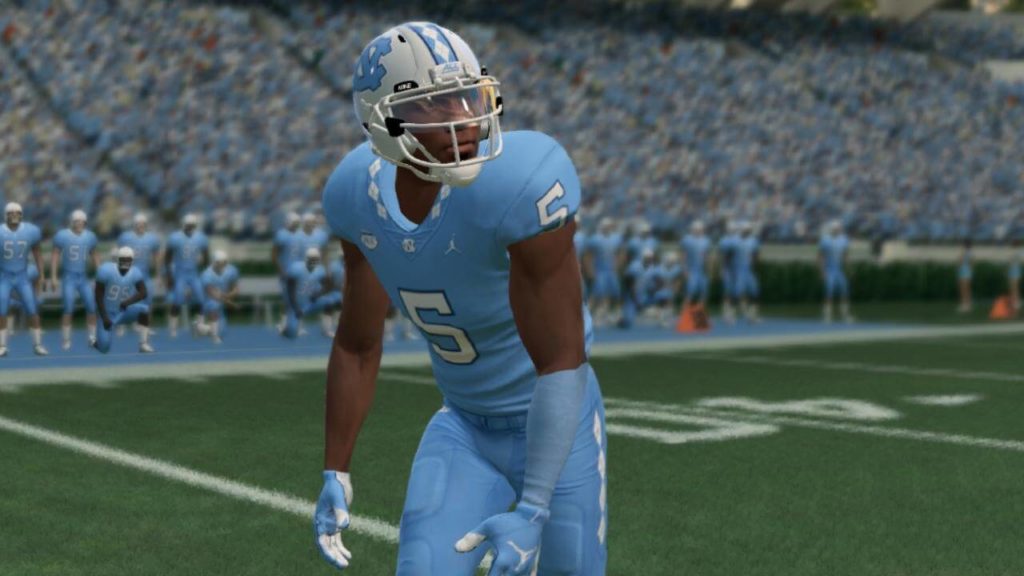 Part of bringing money into your program would be negotiating apparel deals to outfit your program. New uniforms could bring new revenue with jersey/apparel sales. But doing it too often, or at a program with big-time tradition like Alabama, would have negative repercussions.

The watered-down version of this would be: the logo on the jersey changes and that’s it. The acceptable version of this involves either choosing from brand templates (like Madden’s relocation or NCAA’s Teambuilder), or designing a completely new uniform through your own uploads (like NBA 2K). Either way, you can have fun pretending that Under Armour is still a viable option for any school of your choice.

This feature would be the least likely to get in a game because I doubt Florida’s athletic department would be cool seeing its logo next to an Adidas one (despite this being a video game and this shouldn’t matter). 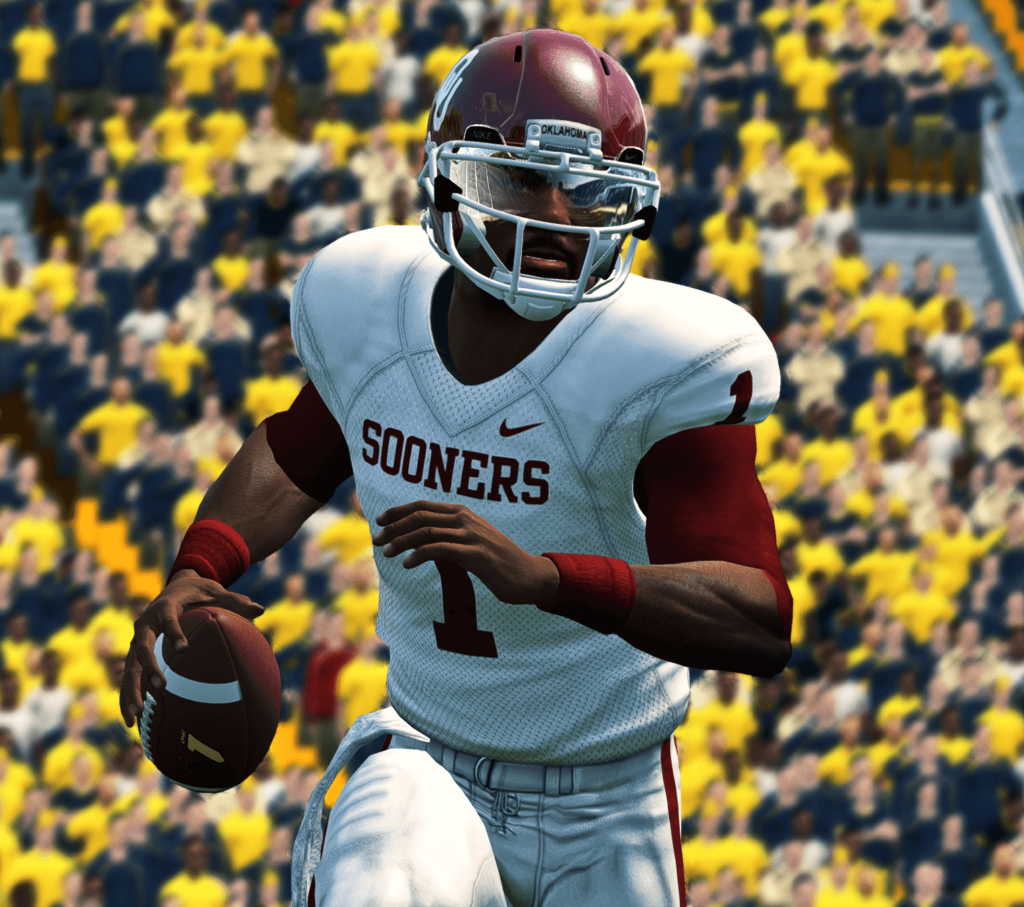 In the mode, I imagine your budget being impacted by things like what conference you’re in (your TV deal), expenses on recruiting, travel, stadium maintenance, staff, and maybe even players if that ever gets sorted out.

I assume who you play would have an impact on attendance and revenue. If you’re a lower-level team, you can make money by traveling to get beat by 60 against Oklahoma. You could reduce travel by playing at a neutral site. Playing big schools would matter and so would making it to a big bowl game or a playoff game.

In NCAA 06, you could set your budget for training, recruiting, and discipline. This budget would be something like that. You’d set aside a certain percentage for facilities, recruiting, travel, staff, promotions, etc. If EA didn’t want to attach dollar values to things, perhaps a budget using a point system could work. 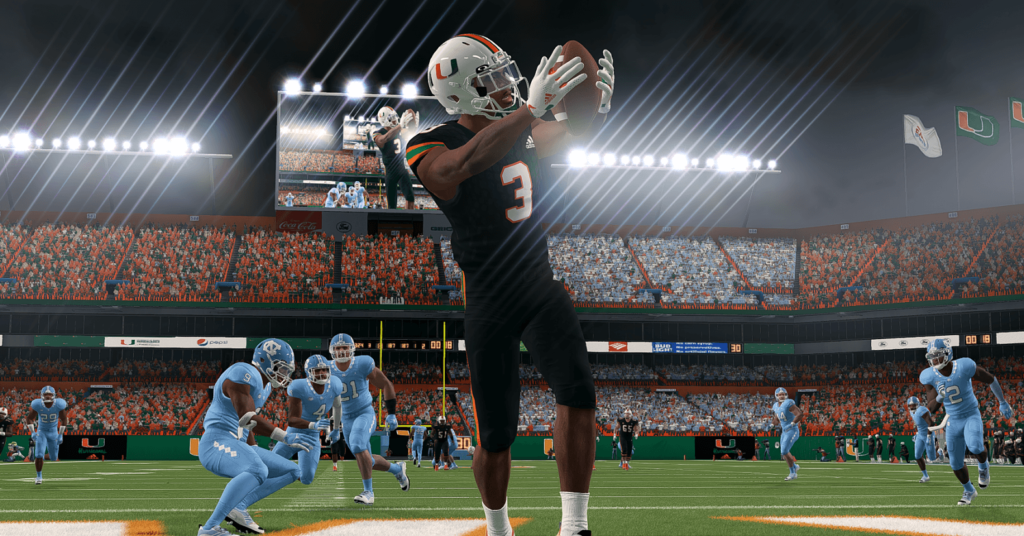 One of the biggest critiques about everything I have mentioned is that the athletic director doesn’t just handle the football team, and doesn’t have anything to do with recruiting or calling plays. I think those are valid points. But if you take a step back, you’ll realize that a college football coach doesn’t become a puppeteer for all his players at a moment’s notice like NCAA Football would make you believe. An owner in the NFL doesn’t spend any time assigning the correct shoes to his players like Madden would have you believe either. So, in that regard, this mode is somewhat like the NBA MyLeague/MyNBA sandbox.

To slightly further that sandbox idea, all of the options above could be done in addition to things like manual conference realignment, playoff expansion, customizing all bowl game tie-ins, etc. But that’s a different article for a different day.

There are a lot of reasons why this mode might not make it into a game, especially right away. At this point, I’d settle for the option to not be fired. That goes for FIFA, too.

Would you play this mode? Would it be a worthwhile addition? Did I miss anything important? Let me know in the comments.

Next-Gen NCAA Football - What Could Previous Next-Gen Launches Tell Us About This Hypothetical Game?