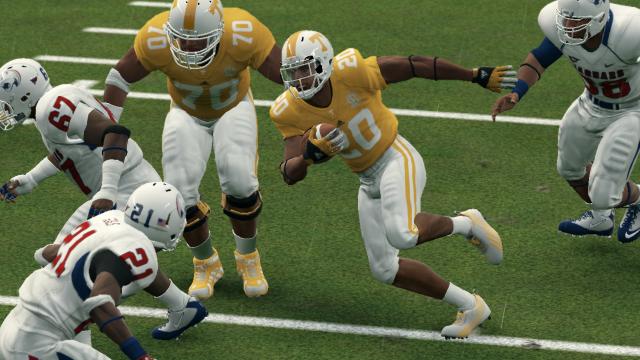 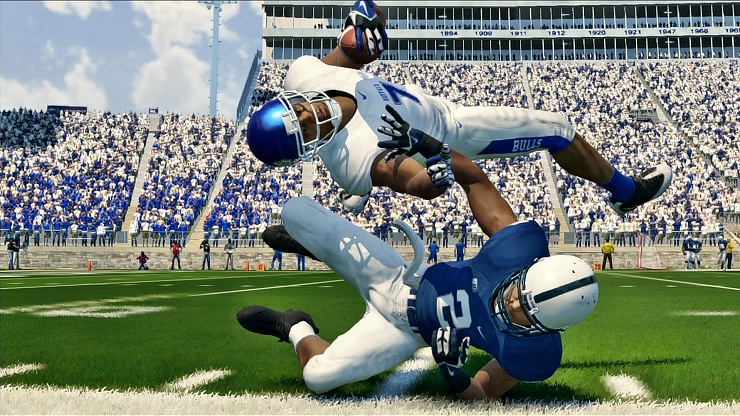 When talking about NCAA Football 14, I have to first mention my own history with it. To sum it up, I was simultaneously taking part in four different online dynasties at one point. These were not “slow” dynasties either. I was churning out game after game. Why did I do this?

Well, because the game was fun and incredibly enjoyable to play with a group of other people. It was the best selling point for the game to me, without question. It was especially great to play with people for a couple reasons. For one thing, getting a whole bunch of people into one conference and fighting over recruits off the field was — and still is — a blast. You could do all the recruiting online and that made it especially clutch.

On top of that, you could do other things online like Story Builder. Now, Story Builder did not always work perfectly, but being bale to embed highlights, pictures and my own news story after I smashed one of my friends was that extra salt in the wound I relished. We share things somewhat differently today in terms of incorporating YouTube and Twitter more now than then, but having a hub for your franchise/dynasty mode remains important and overlooked today. It’s still fun to be able to just go to a website and see how things are going in a league you’re in with your friends, and I miss that with today’s games.

Recruiting was also much more streamlined this season. You got a pool of points, and you just had to figure out how to best use them. In addition, you listened to the needs of the recruit, and you tweaked your pitch and strategy accordingly. It made the experience deeper while at the same time making it less time consuming, which should be the ultimate goal when changing any feature. 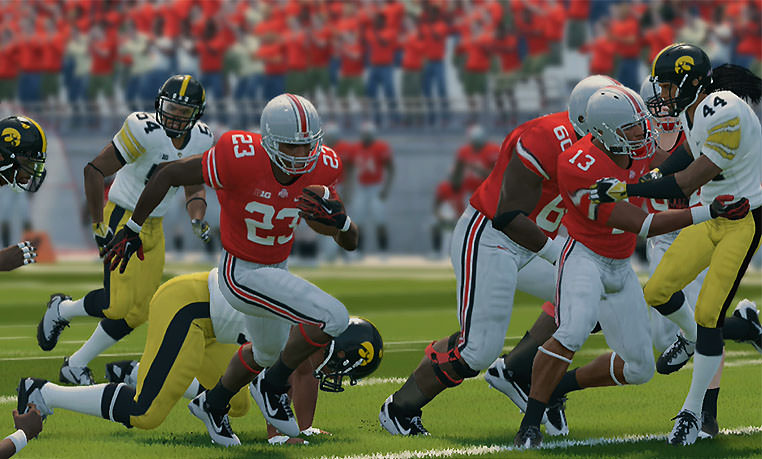 But beyond online dynasty, there were a lot of important little things done on the field that season. The implementation of real physics did start here. It was not perfect (as we all know today), but it was an improvement on the prior tackling animations. They also added a ton to the option game this year, which helped to diversify some college teams. It was also as enjoyable as ever to spread teams out and throw for 400 yards a game.

Oh, and to leave no doubts, this game was 100 percent slanted towards offenses. However, I prefer it that way for the college game. There’s just something about a 55-48 game in NCAA Football that was just more intense and enjoyable than the same result in Madden.

Of course, not everything about this game holds up now or even at the time. I spent so much of my time with online dynasty because I didn’t really like playing the game much except in that setting. (Ultimate Team was actually good in the game, but I was not as invested in that mode yet at the time.)

On top of that, the commentary is bad. EA did introduce some interesting elements in terms of checking in during your game to give some updates from other ongoing games, but the commentary itself from game to game was already showing its age. Road To Glory wasn’t even really looked at this year either, so the game was lacking from a true career mode standpoint.

All that being said, I will say it’s fair to argue “this game is only remembered so well because it was the last in the series.” I would not out and out reject that argument. If we had NCAA Football today, do I think NCAA Football 14 would be remembered as fondly? No. Sports gamers have a tendency to remember games more fondly once they’re gone, and that’s normal for many things in life. MVP Baseball, College Hoops 2K and NFL 2K all have supporters to this day. Some people still claim they’re the greatest games in their sport. I get it. Those three games all went out when they were still awesome, and so there’s a tendency to hold on because it stinks to lose games when they’re good.

Regardless, while NCAA Football 15 or 16 etc. may have ended up being remembered more fondly than this game, it doesn’t change the fact that this series was cherished and appreciated even with its flaws. Most people will admit MVP, NFL 2K and so on have their flaws as well, it’s just that they also appreciate what was there and just wanted to see that trend continue rather than be abruptly halted.

It’s also impossible to deny NCAA Football 14 has the best version of an online franchise mode we have had for football games this decade. The Madden series has an online franchise mode, and it’s functional and decent, but it does not have the other layers around it that online dynasty had in NCAA Football 14. It does not have anything as engaging as recruiting, and it doesn’t have anything as fun to mess around with for creative types like me as it compares to Story Builder. 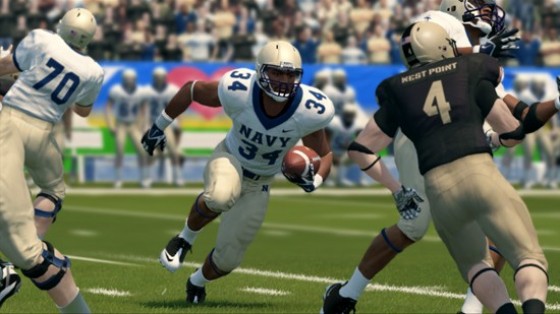 I would even go as far as to say NCAA Football 14‘s online dynasty mode is the best online franchise mode in any sport we had during the 2010s. I played a ton of seasons of NBA 2K’s online franchise mode, but it still never hit the highs of NCAA Football. That can be in part tied to college football’s structure being more truncated and action-packed, but again, using the inherent strengths of the sport to your advantage is part of making an engaging sports video game.

To put it another way, obviously “recruiting” is not the same in the NFL as it is in college, but this just means Madden has to find better ways to make it interesting off the field. The NFL Draft sometimes can deliver that in online franchise as you end up being sneaky about who you’re interested in and who you may draft, but it doesn’t weigh on you every week and change a lot throughout the season like it did when recruiting against a bunch of friends in NCAA Football.

I could go on and on here, but I think the case has already been made why the staff and community have selected NCAA Football 14 as the best football game of the decade and the third best sports video game of the decade.

OS Roundtable: How Excited Are You That NCAA Games Are Potentially Returning?
Best NCAA Football Features From the PS2 Era That Later Vanished