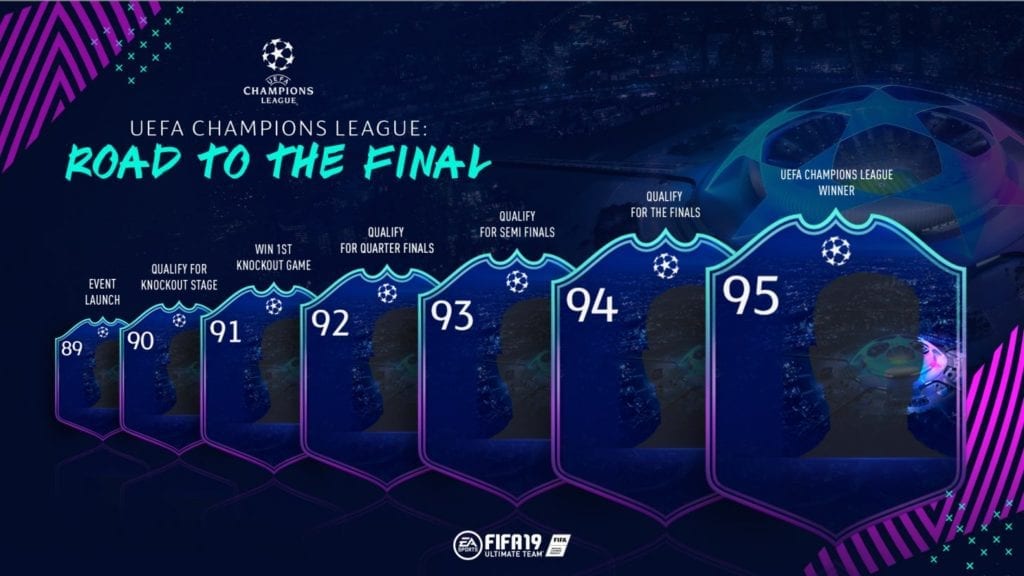 EA Sports and UEFA have announced an expansion to the EA Sports FIFA 19 Global Series, with the introduction of the UEFA eChampions league competition. Check out some of the details and official press release below.

EA has also posted their Road to the Final FAQ with more details here.

Electronic Arts Inc. (NASDAQ: EA) and the Union of European Football Associations (UEFA) today announced the eChampions League, a pivotal tournament expansion to the EA SPORTS FIFA 19™ Global Series* and a brand new, authentic way for millions of football fans to connect to the UEFA Champions League through the competition.

The eChampions League adds to the growing list of global events and competitions on the Road to the FIFA eWorld Cup 2019™ next summer. Eligible competitors will compete on PlayStation 4 and participate in eChampions League Global Online Knockout tournaments between March 2-3, with the top 64 players advancing to a live qualifying event on April 26-27.