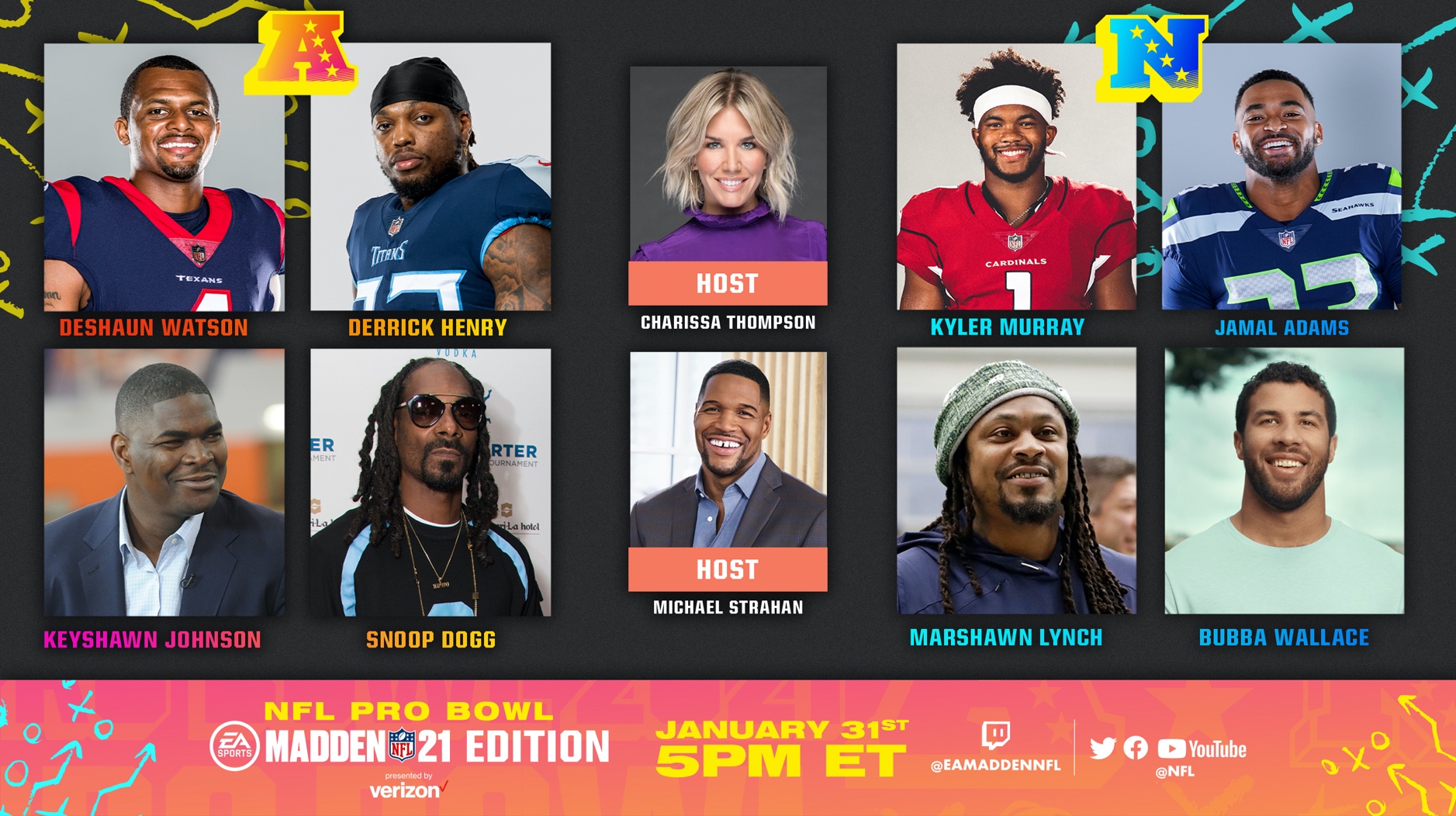 The NFL and EA SPORTS Madden NFL have announced official details around this weekend’s Pro Bowl: The Madden NFL 21 Edition. Fans can tune in across NFL social channels (YouTube, Twitter and Facebook), as well as the EA Madden NFL Twitch channel on Sunday, January 31 at 5:00 PM ET.

The #ProBowl: Madden NFL 21 Edition presented by @Verizon kicks off this Sunday (1/31) at 5PM ET

Watch your favorite NFL athletes & Celebs battle it out on the virtual gridiron‼️ https://t.co/erDn0PF8AU #Madden21 pic.twitter.com/ZNL1wbXAtr

The event, which will be presented by Verizon, will be hosted by Michael Strahan and Charissa Thompson, featuring a stacked lineup of current and former NFL players, as well as some of the biggest names in entertainment, who will compete in a Madden NFL 21 video game from their homes using the official Pro Bowl rosters with a new competitor tapping in to play each quarter.

To celebrate the exciting transformation of this year’s Pro Bowl, popular streamers including Ninja, FaZe Swagg, AustinShow and AMP, will also host live watch parties on each of their channels during the event.

The Worst Madden Curse Ever? Let's Rank 'Em
Madden NFL 21 will be Free to Play From January 28-31 on All Platforms - Including Google Stadia