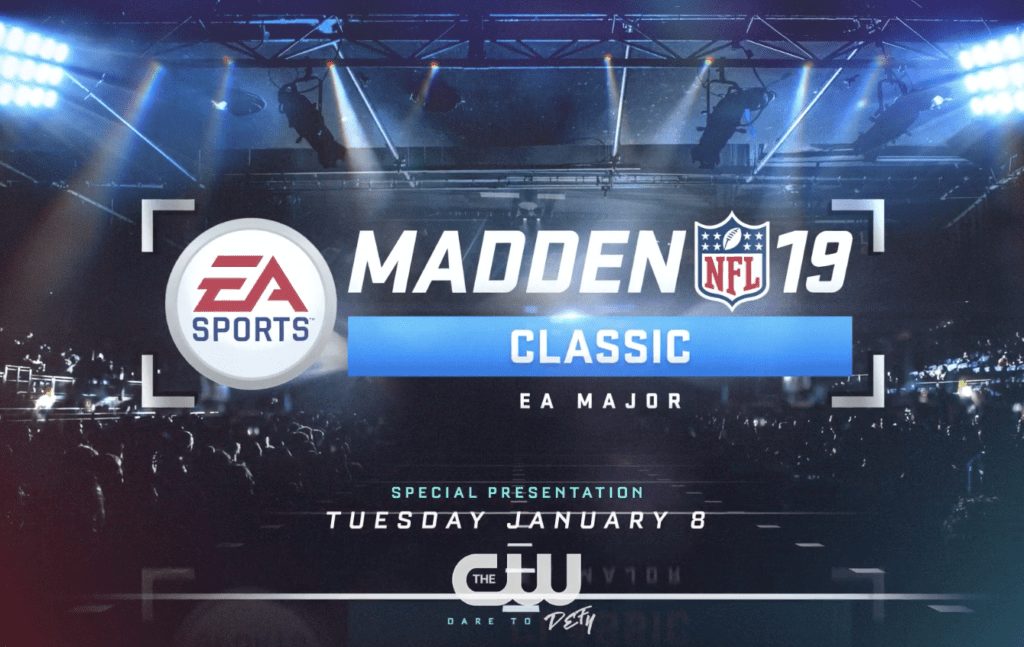 The special will take you behind-the-scenes of the first in-person Madden tournament since the Jacksonville tragedy to share the competitive journey of top Madden players and the community’s unparalleled bond. With almost 200 gaming competitors, the Madden NFL 19 Classic was the largest Madden NFL Championship Series tournament in history.

Last season’s ‘EA SPORTS Madden NFL 18 Challenge” special on The CW was the most watched North American esports broadcast of 2017. The docuseries is back for a second year to shine a light on this highly competitive environment to new audiences.

Check out the full press release below.

The “EA SPORTS MADDEN NFL 19 CLASSIC” chronicles the largest tournament in Madden NFL Championship Series history as almost 200 competitors competed in Las Vegas, NV across three days. The program will simultaneously highlight thrilling wire-to-wire Madden competition while telling the compelling story of the players and behind-the-scenes at the event.

This was the first in-person Madden tournament since the Jacksonville tragedy. Viewers will see how the love of the game has connected and strengthened the community following the tragedy in August.

“We wanted this season’s special to spotlight the unique strength and unity of the Madden community,” said Todd Sitrin, SVP and GM of the EA Competitive Gaming Division. “When people watch this show, they’ll see the players’ love of the game and the special bond they have as a group of passionate competitive gaming superstars, and we’re excited for viewers to see it come to life with the ‘EA SPORTS MADDEN NFL 19 CLASSIC’ on The CW.”

“Following the phenomenal success of our previous partnership with EA and the NFL, The CW is once again thrilled to join forces with them showcasing the passion and camaraderie of the Madden community,” said Rick Haskins, EVP of Marketing and Digital Programs of The CW.

THE CW TELEVISION NETWORK launched in 2006 as America’s fifth broadcast network, with programming targeting younger viewers, a demographic highly sought after by advertisers. The CW, a joint venture between Warner Bros. Entertainment and CBS Corporation, broadcasts a six-night, 12-hour primetime lineup, Sunday through Friday. The CW’s primetime programming is also available to stream for free, without authentication, on the ad-supported cwtv.com and The CW app, now available on every major OTT platform. In daytime, The CW broadcasts a Monday through Friday afternoon block, and a three-hour Saturday morning kids block. The CW’s digital network, CW Seed, launched in 2013, and offers original short-form digital content as well as past seasons of fan-favorite television series. For more information about the network and its programming, visit www.cwtvpr.com.