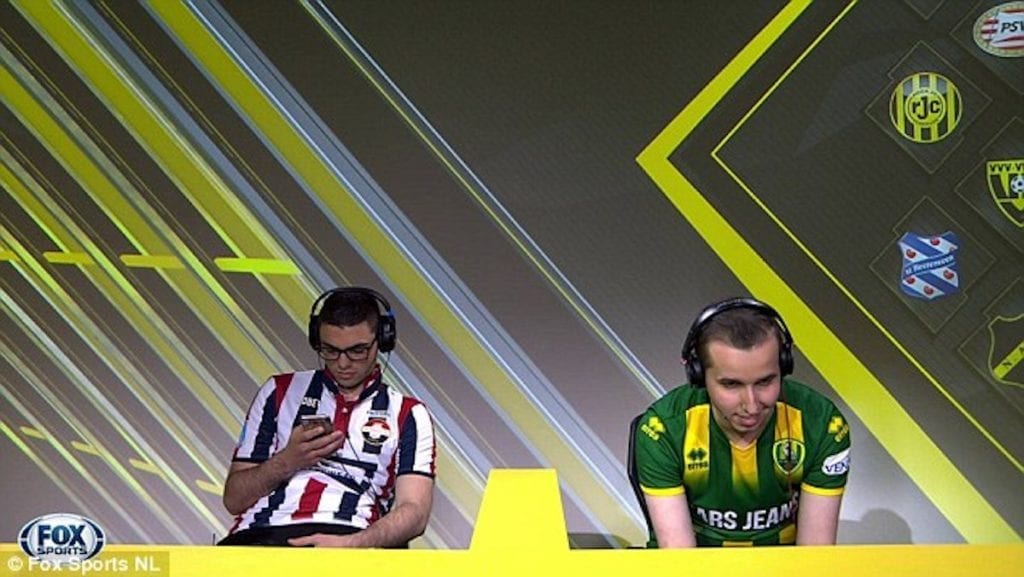 Or at least, if you are an eSports professional it’d be best not to throw a tantrum when things don’t go your way…

But that’s exactly what Dutch FIFA 18 player Daniel Kuipers did. He plays for Willem II, and completely threw away a match against ADO Den Haag’s Mitchel Denkers.

They were competing in the eDivisie, a Dutch esports league where players represent actual Eredivisie football teams in a FIFA competition. Kuipers actually started the game well, going up 1-0, but after Denkers came back into the match and took the lead, Kuipers threw what can only be described as a FIFA temper tantrum.

He started hacking down Denkers’ players whenever they had the ball, racking up red card after red card. Denkers began scoring more goals, and he was helped out by Kuipers booting the ball into his own net on multiple occasions.

While its always humorous to see grown men throw tantrums over losing at video games, this episode does raise some big points for consideration as big eSports leagues prepare to launch in 2018 in America.

The NBA, in particular, will need to consider the personalities it brings on and try to ensure players don’t have embarrassing fits like this if things stop going their way.

Controversial figures stirring up a firestorm when things don’t go their way through a season isn’t a new phenomenon in real sports, so one can expect this sort of thing to happen and be a part of future eSports leagues in America in particular in some way, shape or form.

Here’s video of the final moments of the match: