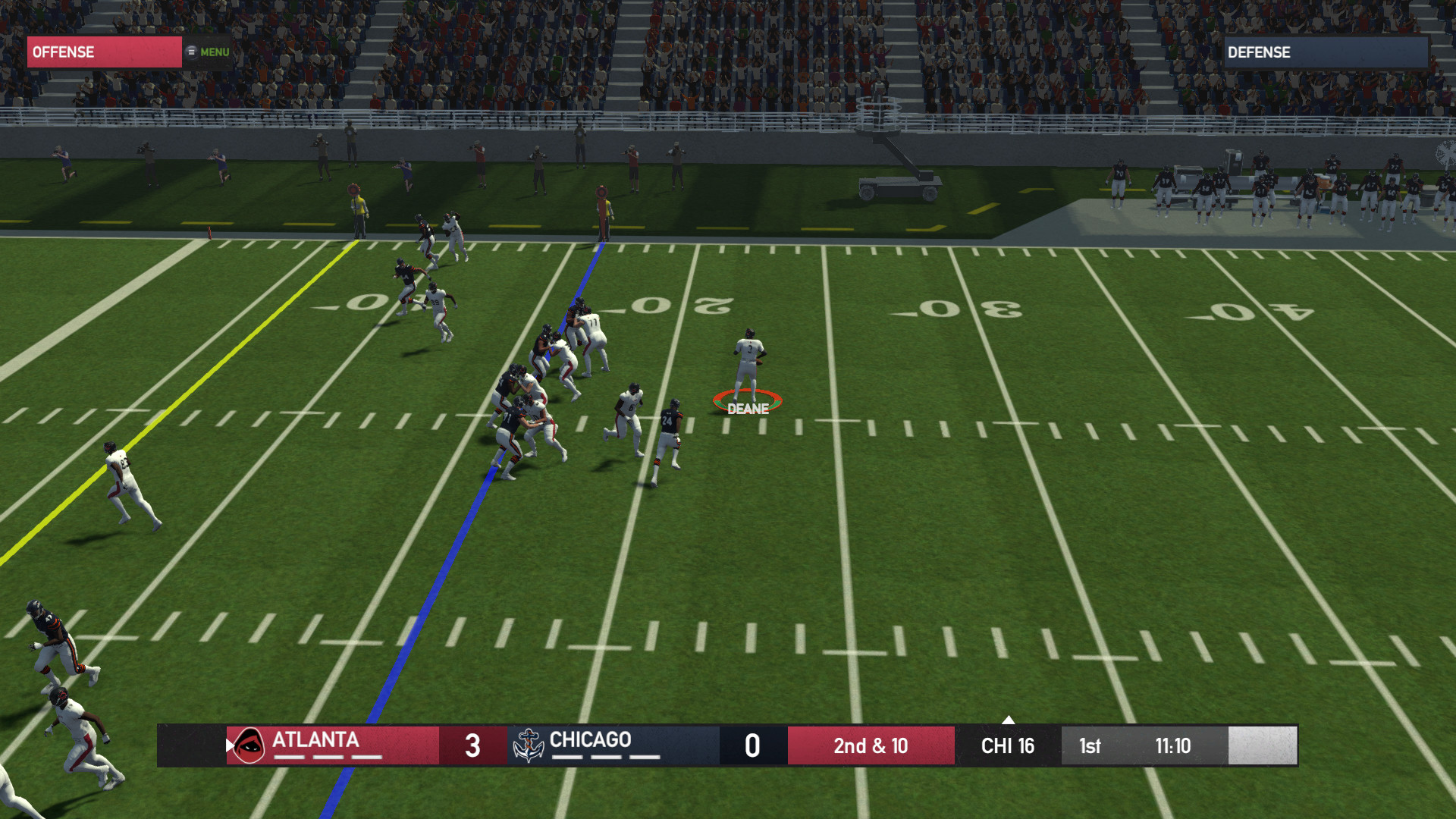 The president of Canuck Play, David Winter, has announced the cancellation of the Maximum Football series. He posted the message on the official Discord channel, captured on reddit.

The official Canuck Play and Maximum Football Twitter accounts haven’t posted anything since early February, leading to speculation of the closure.

David mentions being in the hospital for a month, along with the complexities of developing a large scale game with a small studio were just a few of the reasons. Since EA Sports College Football is making its return to the gaming scene, it made little sense for the team to continue.

Take a little time out of your day and wish David and the team good luck. I’d personally like to thank Spear for providing updates on the game throughout the launch and post-release process. 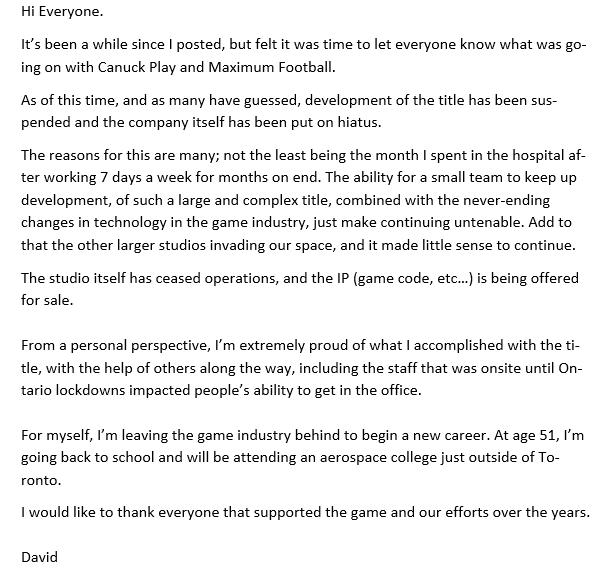