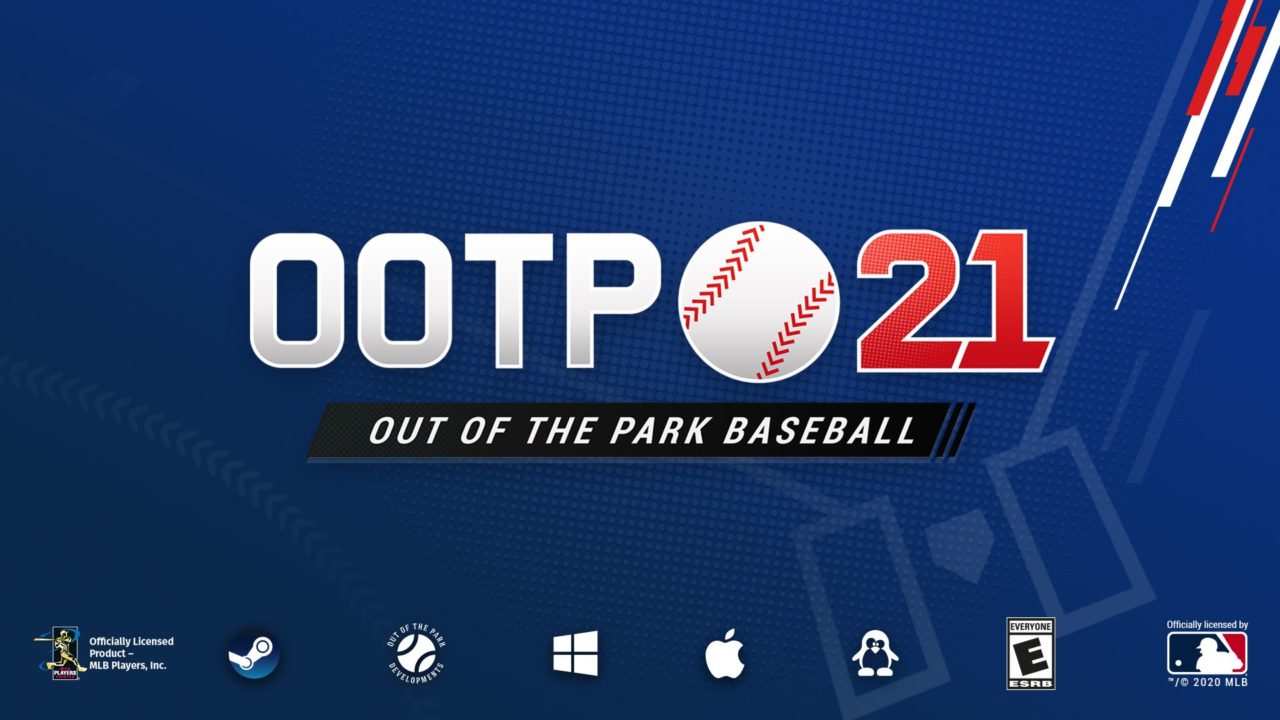 The people and staff have spoken, and by a slim margin, Out of the Park Baseball 21 has beaten Football Manager 21 for Best Management Sim of the year.

OOTP is a dauting gaming experience, much like climbing a mountain or playing every practice of your MyPlayer in 2K. Your first couple sessions with OOTP 21 may seem disjointed and strange. It can take a couple tries before you actually start to have fun with the game. And this is not because OOTP is poorly laid out — in fact, it’s quite intuitive and easy to navigate. It’s the sheer amount of stuff to do in this game that might throw somebody off. The variety and potential for customization could theoretically keep someone busy for the rest of his or her life. It’s almost hard to know where to start with a gigantic sandbox like this. The only limit to OOTP 21 is your own imagination, and the cruel flow of time.

In-game presentation is clunky but charming. OOTP 21 is in no way a graphical marvel, but a lot of work has gone into making the on-screen game flow more palatable. The options to change camera angles before, during, and after the pitch allow for users to create a TV-like experience. Well, “TV-like” is strong. Picture a really good SNES game. In the interest of fairness, we should note that the players generally look like terrifying robot-men with soulless, dead eyes. My personal advice is to never zoom in on any one player for any length of time. But the stadiums look nice. 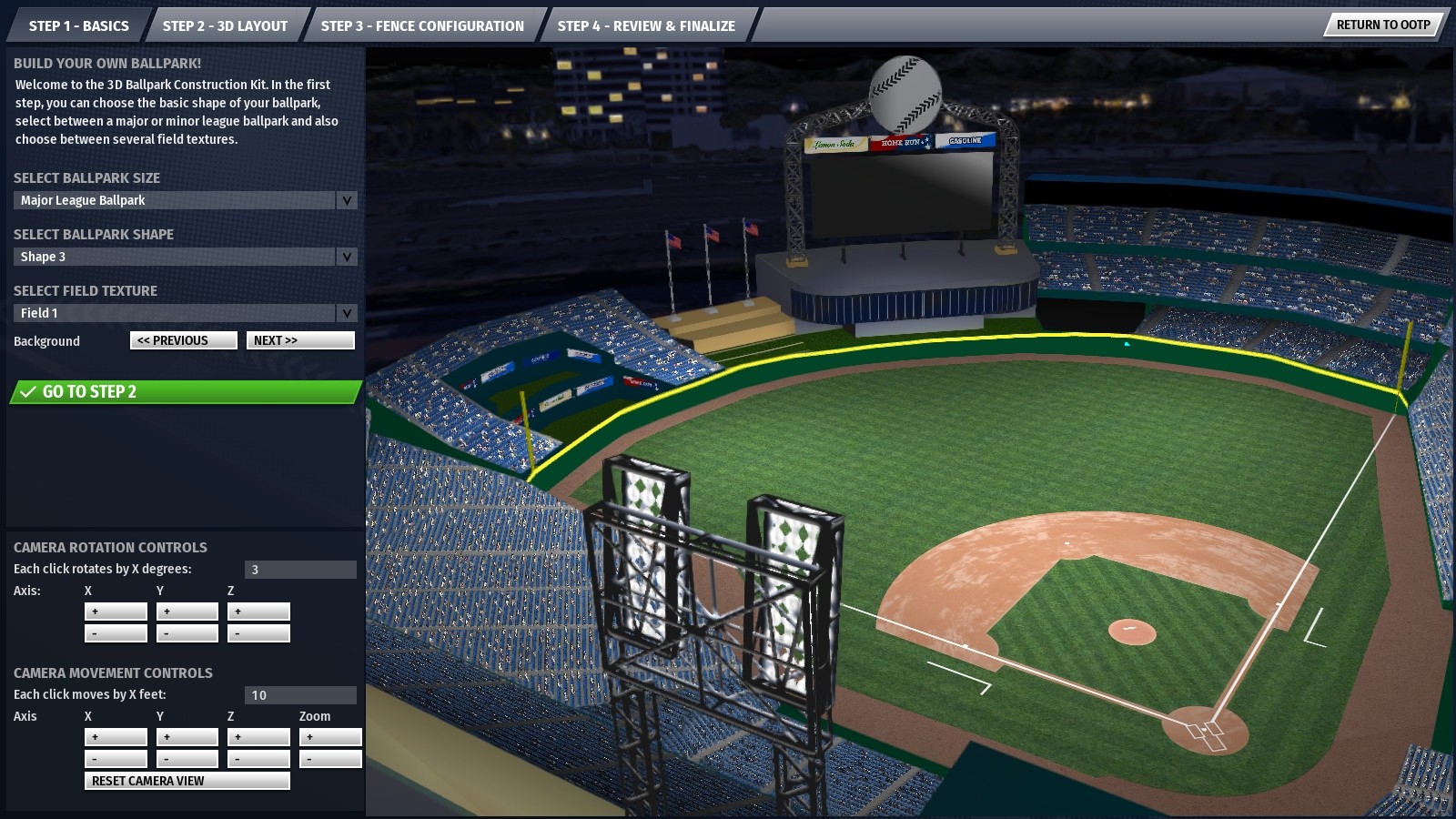 OOTP 21 features all of the relevant 2020 MLB rule changes, including the 26-man roster, 28-man September roster, three-batter RP minimum, and 10-day DL for pitchers and batters. In addition, they’ve also incorporated a “Game Flow” feature that controls exactly when and where interruptions to your sims occur. They’ve also (perhaps finally) included a Build-a-Ballpark mode! MLB The Show fans, eat your hearts out. Build-a-Ballpark is a little clunky to me, and it doesn’t offer as many options as you would want, but it’s highly possible that I’m just terrible at it.

OOTP also offers a rewarding card collecting mode, which they call Perfect Team. Perfect Team allows players to build a roster of historical and current players, and enter those teams into competitive “leagues” where they are matched up versus other user teams of similar skill and experience. I like the fact that your team can build up wins and coins without you having to do anything, which is a welcome change from the painful grind of most Ultimate Team modes. Unfortunately, not being able to actually play games against other people does eliminate the best part of the mode. For instance, it lacks the ability to make someone rage quit after a 10-0 1st inning, but if you like Madden Ultimate team or 2K MyTeam, but don’t like playing other human beings online, you would probably really enjoy OOTP 21’s Perfect Team mode. 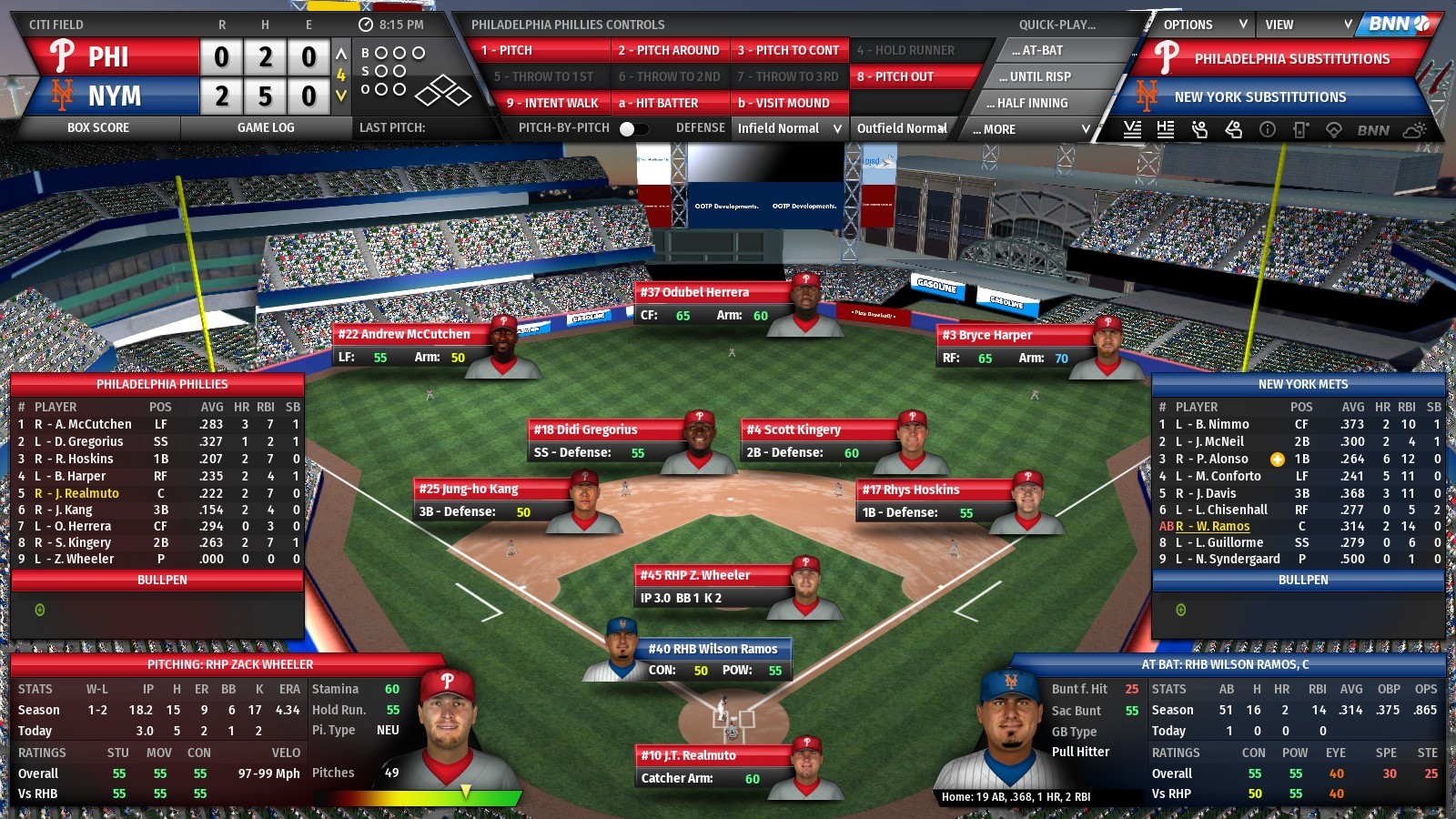 The way I see it, there are three ways to play OOTP. You can take over a current team, take over a historic team, or rebuild a mad, mad, mad, mad world of baseball entirely in your own image. I tend to prefer the latter option. For instance, in my favorite OOTP playthrough, I’ve set up a Worldwide, 300-plus team league with 10 different layers of relegation and promotion. After 20 seasons, the Chicago Cubs are fighting for their lives in Division 4 Pioneer League Baseball with the Ottawa Lynx and Kuala Lumpur Koalas. The London Gentlesox have moved up from Euroleague baseball all the way to the MLB. It’s a volatile and often insane universe, and I love it with all of my heart.

The beauty of OOTP is that there are no limits to how you tackle this game. You can replay any MLB season throughout history, going all the way back to 1871. You can pick your favorite team and start in 2020, rebuilding the future rather than reshaping the past. Or you can move every single MLB team to the Canadian Maritime Provinces and change the World Series trophy to the Red Lobster Cup. The world is your oyster — or lobster.

This game is an absolute must-own for sports sim fans, or for the baseball historian in your life. It’s a worthy selection for Sports Management Sim of the Year.

1. Out Of The Park Baseball 2021
2. Football Manager 21
3. Draft Day Sports College Football/Basketball (ironically, the two titles tied each other)

I don’t have as much experience this year playing Football Manager 21 as say someone like KG does, so scope out his review to understand why FM 2021 is as beloved as usual. All I will say is while I’m lavishing praise on OOTP 21, understand that the community and staff votes were very close. There were razor-thin margins here, and honestly I would say the difference may have simply been that as a more US-based audience, baseball just has a bit more mass appeal in these votes.

Either way, it’s fair to say OOTP and FM continue to be the benchmarks in the sports management category. They are mainstays and examples of consistency in a genre that can sometimes be erratic year to year. In addition, I think it speaks to the strength of the genre that even if you removed OOTP and FM, series like Draft Day Sports and Pro Strategy Football could still be good stand-ins this year for games of the year.

Discussion
Click here to reply to the discussion
Continue Reading
You may also like...
Related Topics:best management sim 2020, game of the year 2020, ootp 21, spotlight