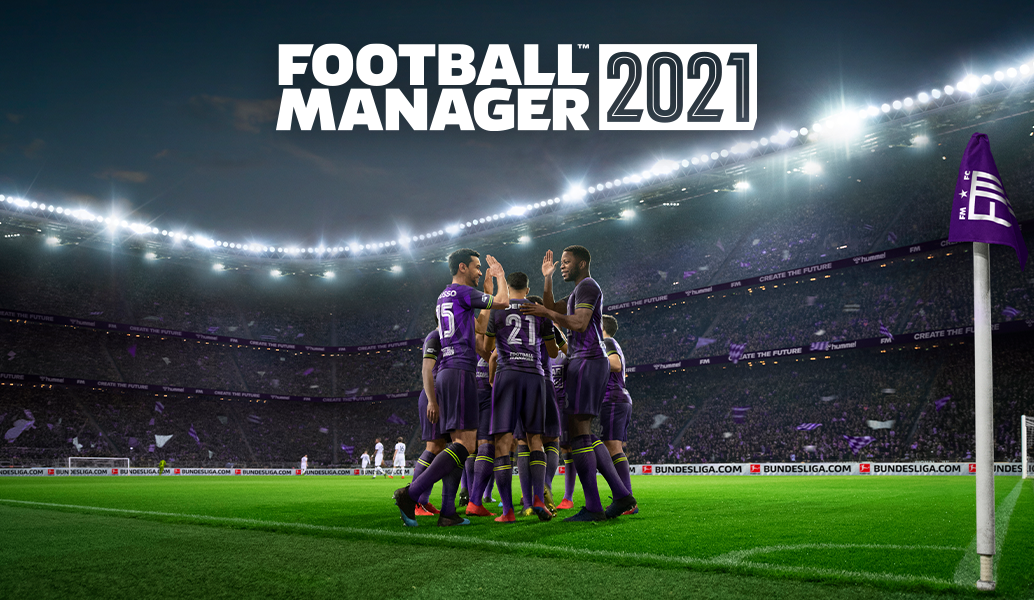 Very few games, if any, carry the reputation of Sports Interactive’s Football Manager series. The benchmark by which all sports management simulation games are measured against, Football Manager is back for 2021 and with some improvements to boot. Admittedly, it’s been a while since I’ve played Football Manager, but thanks to some smart design choices I felt right at home with my newfound managerial duties. Let’s get into the Football Manager 2021 review. 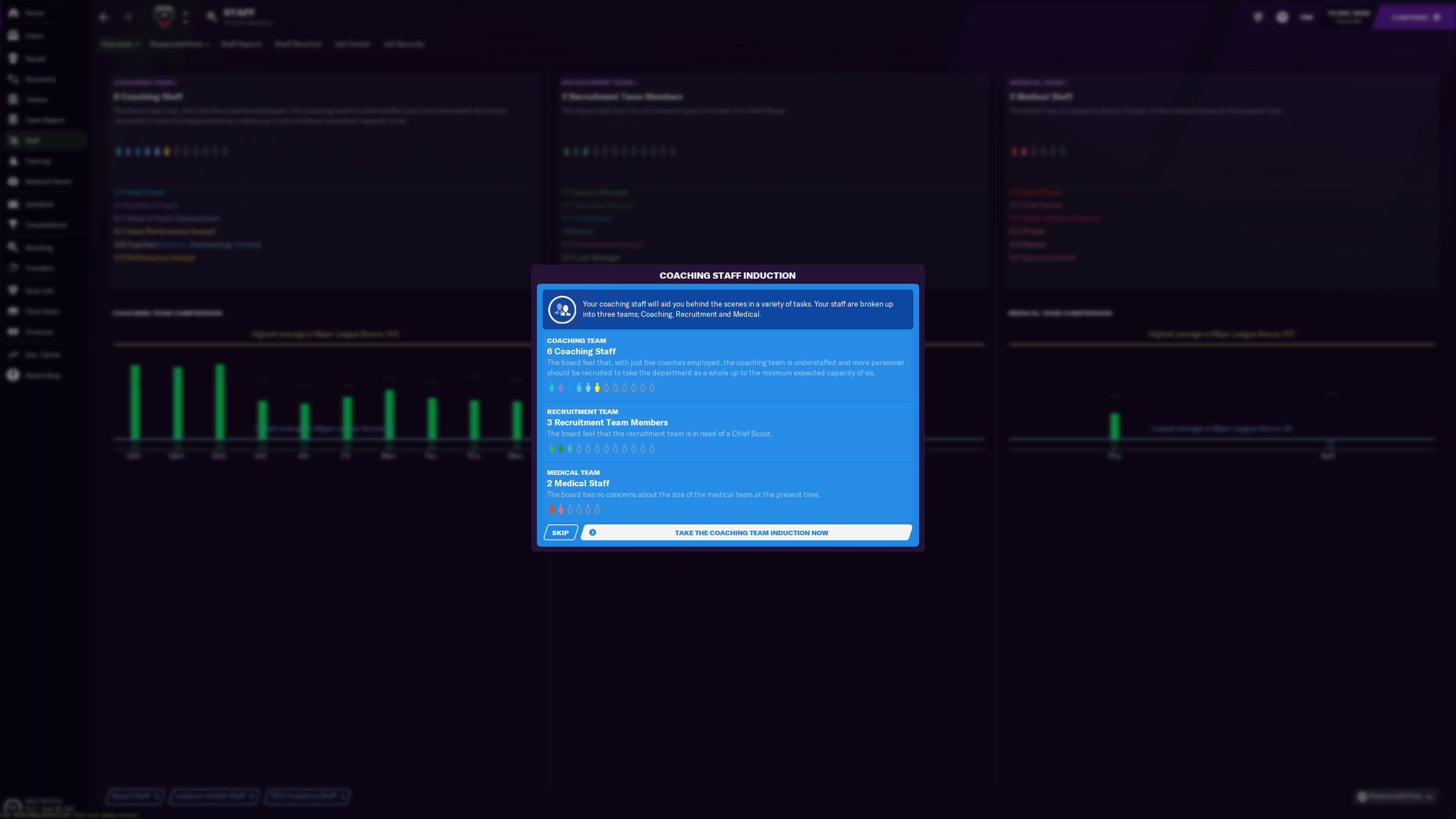 For many of us, new games can be a bit daunting and Football Manager 21 is no slouch in the details department. Thankfully, Sports Interactive offers a great tutorial (which can be turned off for experienced players) that not only walks you through the ins and outs of being a top-flight manager but also introduces the game’s mechanics, both new and old, in a simplified way. This makes it easy to pick up yet intuitive enough to be able to go back using the game’s “Encyclopedia” in case you need a refresher. 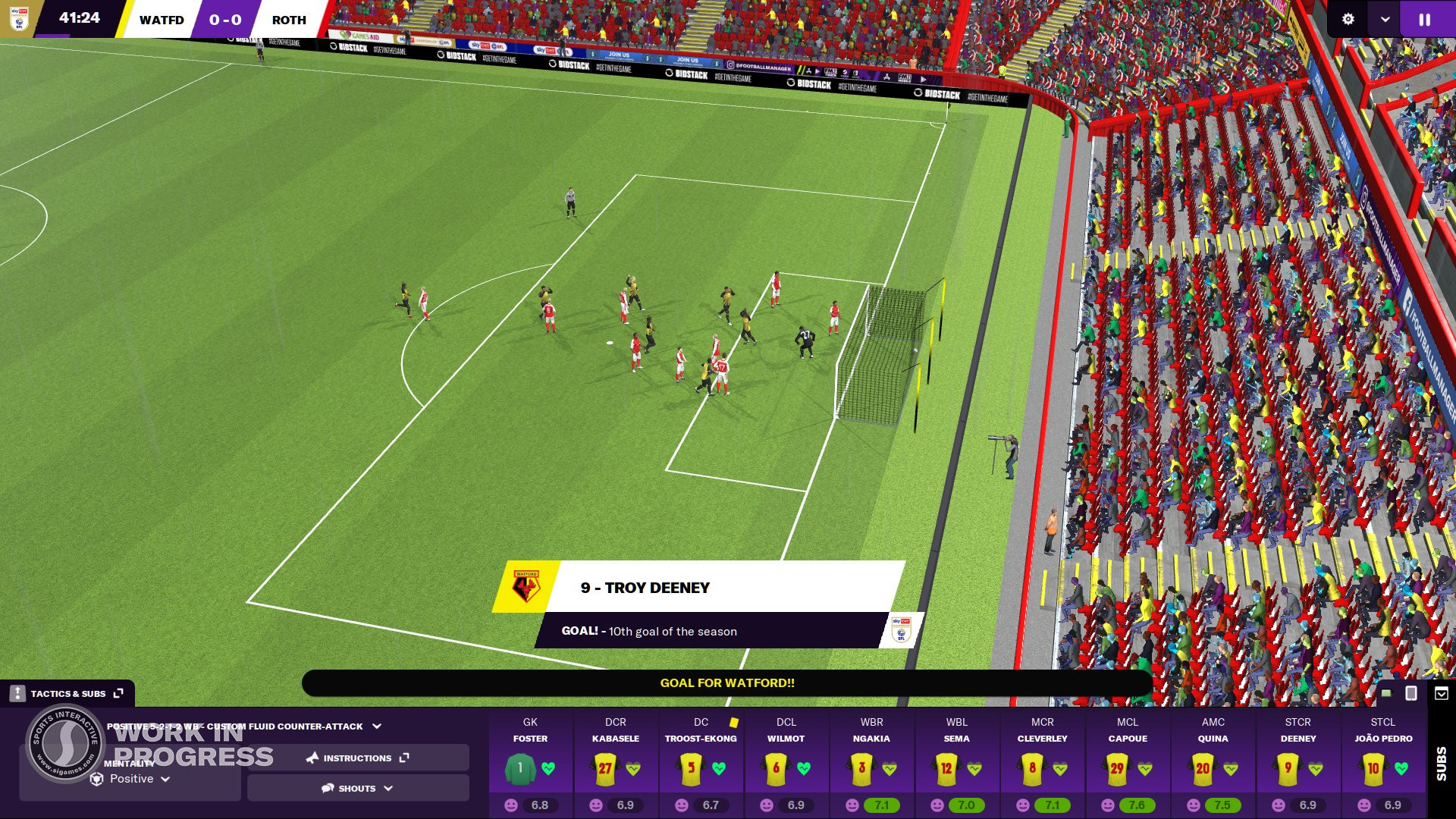 The amount of information thrown at you in FM 21 can be daunting. Luckily, Football Manager displays it all with an improved new interface, both on and off the pitch. Off the pitch, Football Manager stays true to its roots with a very Microsoft Windows-like layout that’s easy to navigate and doesn’t come with any sort of lag, an issue that often plagues console footy games. The layout, which is customizable, gives you all the information you need at the touch of a simple mouse click.

All of the work you do in the backroom has to translate into success on the pitch, and once you do arrive on Matchday the experience is especially rewarding. The new Matchday experience (more on the actual gameplay in the moment) is the best it’s been. Information comes at you fast but it’s delivered in a way that’s clean and easy to process thanks to insights and recommendations from your staff. No longer do you need to jump into several screens in order to do something as simple as make a substitution. If you’re new to the franchise, head over to their official website here for some useful tips on how to navigate the menus. 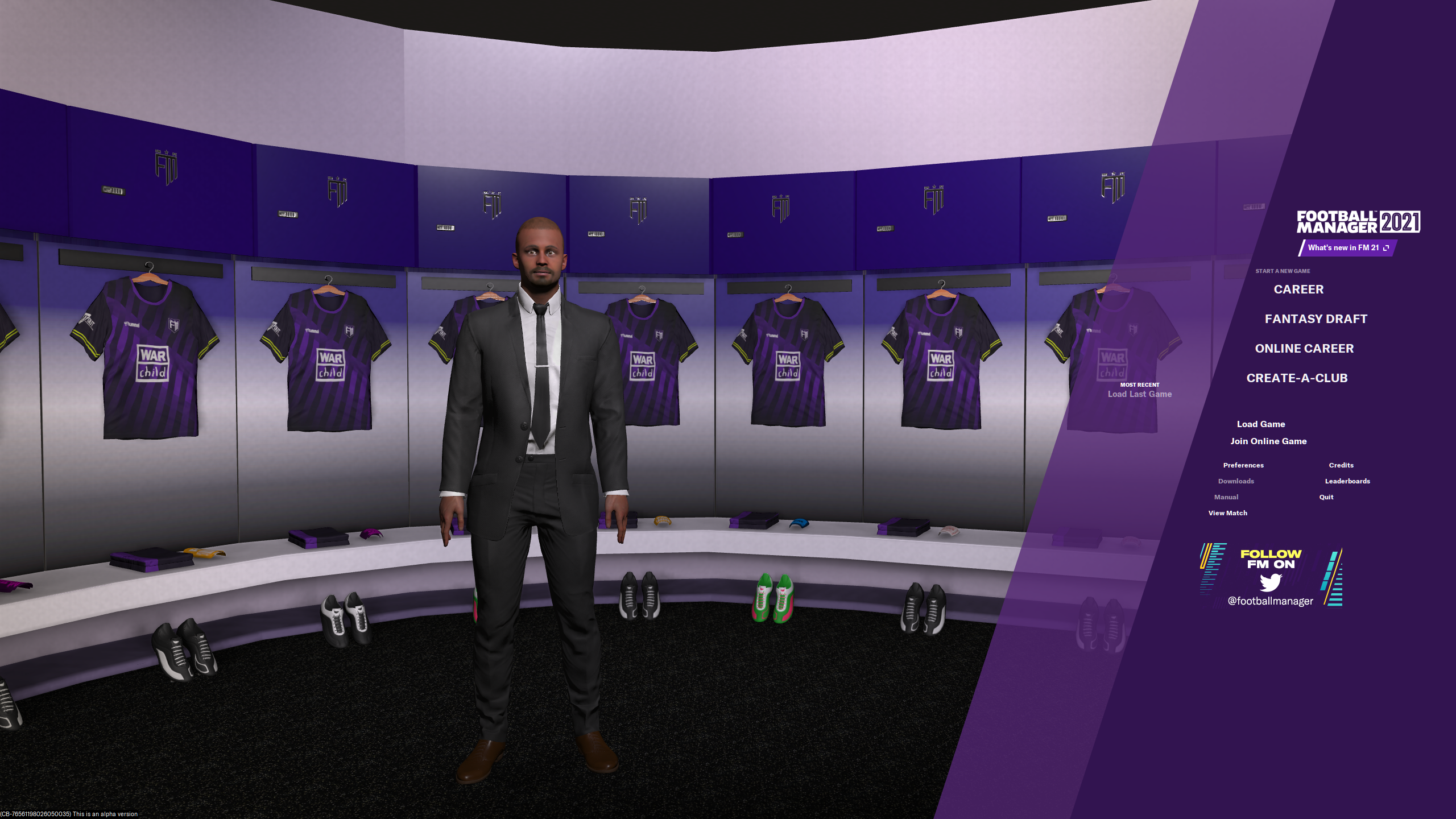 Look, you don’t play Football Manager for its graphics, but that still didn’t prevent Sports Interactive from upgrading the 2-D match model into a new sleek 3-D rendering that provides the best visual scenery to date. Not only are the graphics much improved, so are the animations. No one will confuse FM 21 for FIFA 21 in terms of animations, but seeing the improvement play out during the course of a match is a nice addition. While FM 21 isn’t fully licensed, there are PES-like Option Files around to bring added authenticity to leagues like the English Premier League. On top of that, the installation of these files is much easier than loading an Option File in PES.

If you’re looking for the pinnacle of footy tactics, look no further than Football Manager. Some might think it’s overload, but if you’re a tinkerer or someone who has a set system in mind, the ability to scout players and assistants that fit your ideas gives you the tactical freedom that all us virtual managers crave. From detailed scouting reports on oppositions to monthly internal reports from your #2 in command down to the medical staff, it’s all there for you to process and make whatever decisions are best for you as a club.

Taking over my hometown D.C. United, I was quickly impressed at being able to set my side up tactically — only to change it all at halftime during a preseason friendly. “Tinker man’s gonna tinker!”

Advanced stats have been around American sports for quite some time now. From the Athletics’ “Moneyball” to everything that has come after it, we’ve been dissecting statistics as a way to measure and predict performance for a while now. It’s with that in mind that Football Manager has introduced Expected Goals (xG) to the mix. xG’s aren’t the “end all be all” when it comes to performance metrics, but it’s widely respected as one of the best data points we have in measuring both your performance in front of the opposition goal as well as your defense’s ability to limit great chances. Strikers be warned! 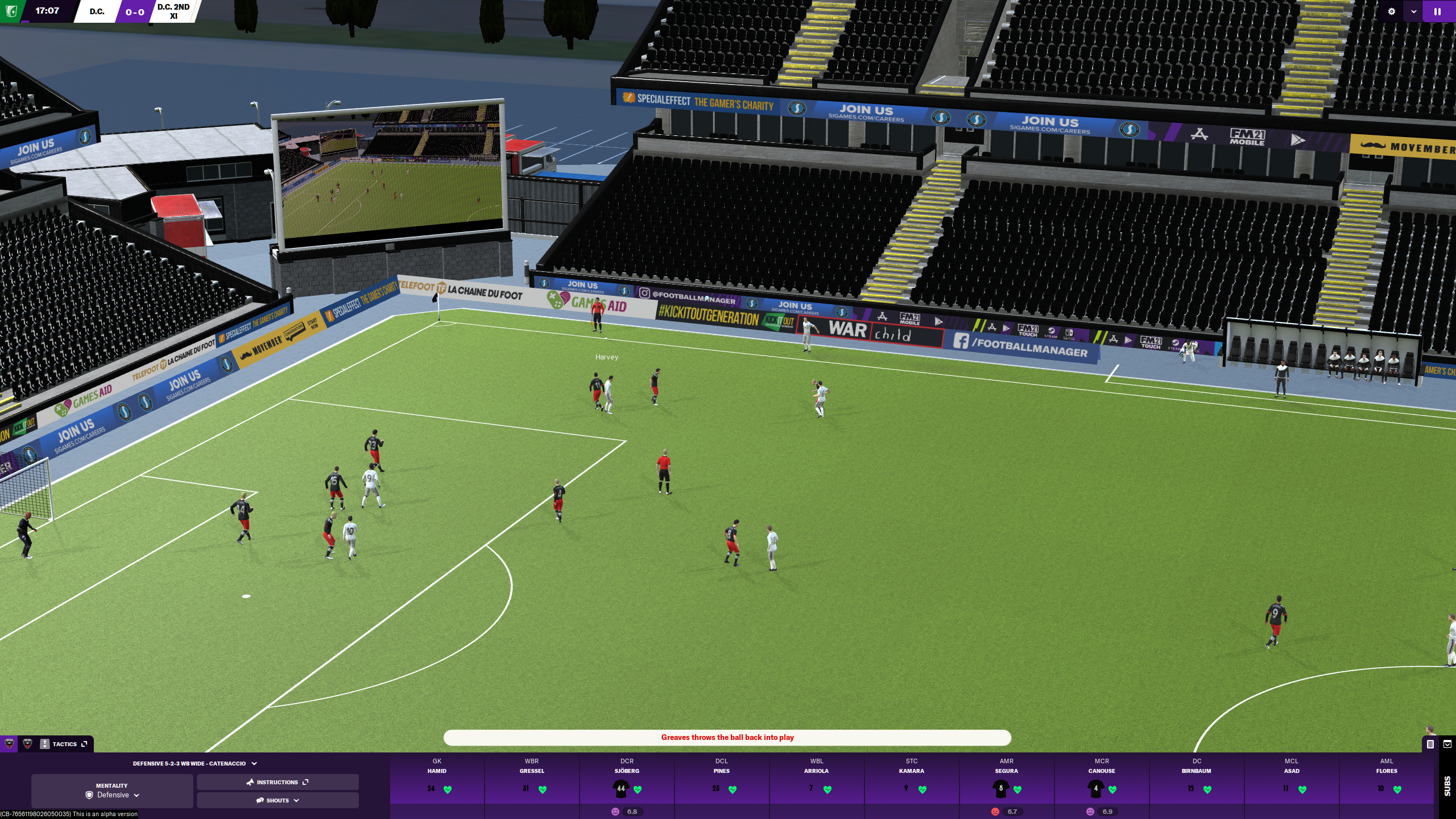 What’s it all mean if you’re let down on Matchday? Fortunately for us, this isn’t the case. The entire Matchday experience and the events leading up to/immediately following it are top notch. Starting with selecting the team sheet, you’re now able to make last-minute tactical switches right up until kickoff. Pre-match team talks, which can be delegated to your assistants, now feature a new way to convey emotion through gestures. Gestures, such as putting your arm around a player to show support or pointing a finger, have varying effects on your team’s morale. And while they’re not limited to pre-match talks, these gestures offer a different dynamic when dealing with your squad.

During my stint as D.C. United’s gaffer, I tried several different gestures when dealing with the press, which is much more streamlined now if you choose to face the media. I’d imagine managing a club in real life is like walking a tight rope, so dealing with the media after varying results often reflected my satisfaction levels with my team’s performance. At times I chose encouragement, but then at other times I tried to motivate my squad. The new interface just ties everything together in a nice pretty package.

When you’re talking recruitment (player/coach transfers, scouting, etc.), Football Manager 21 offers everything you could ask for. From the start, setting up your recruitment policy with reduced budgets (thanks Covid-19) is fun as you meet with your scouts. Things can get a little deep if you decide to bear the entire brunt of recruitment, so it’s nice to delegate some responsibility to your staff as you’ll most certainly need to rely on them for squad assessments when starting out.

Again, the new interface makes recruitment a breeze as e-mails flood your inbox with offers and/or updates to your targets. The simplicity of just hitting “accept offer” and having all of the details be done with is a welcome relief for experienced Football Manager players who struggled with prolonged negotiations in the past. 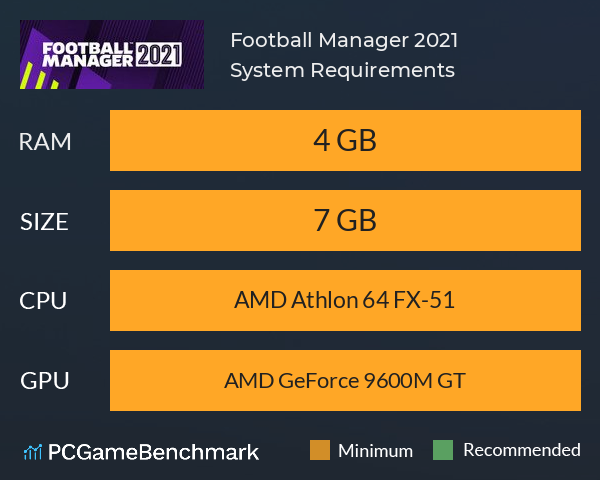 Through the two weeks I’ve had the pleasure of playing Football Manager 2021, I haven’t suffered any performance issues. Whether it’s playing on my 2015 Macbook or gaming PC, the experience has been smooth both during matches and backroom activities. With modest PC requirements, Football Manager 21 should be accessible to nearly everyone with a modest gaming setup. 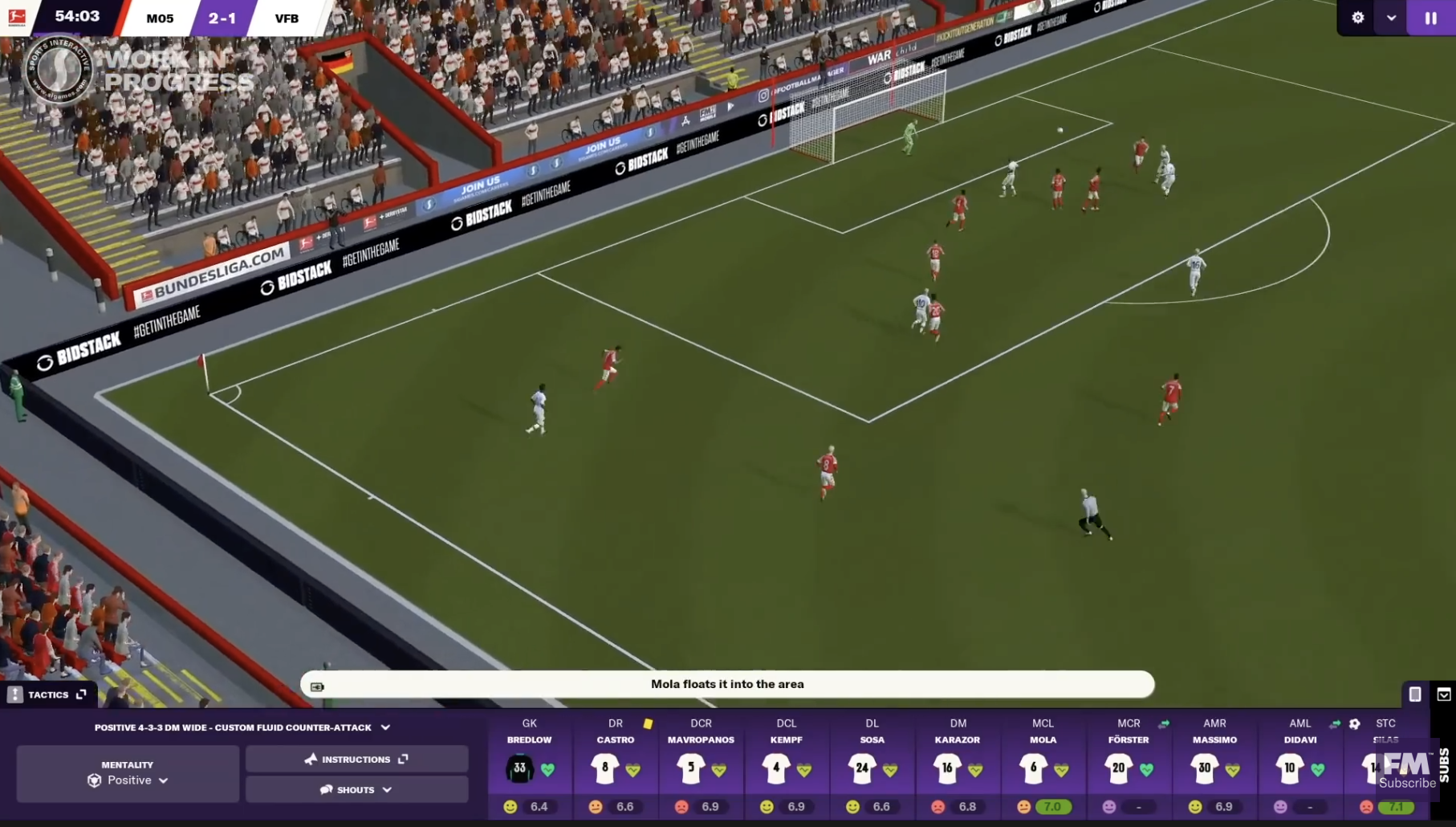 The only negative thing about this year’s rendition of Football Manager is that it’s so good it will consume you. With most of us working from home these days, it’s awfully tempting to have Football Manager running at all times. For those new to the series, or those who took a couple years off like me, it will be a lot to take in at first. That’s where the aforementioned tutorial comes into play, and once you get a good sense of how things work, you’ll be in the thick of things in no time.

Expect to have a few test runs under your belt before finally settling on your squad — with all of the lessons learned helping to make you a better manager. Even if you don’t want all the bells and whistles that come with the full version, Football Manager 2021 is available in a more streamlined version on Xbox consoles as well as on your smartphone and tablet. There’s literally something for everyone.

As you can tell by the huge disparity between “What I Like” and “What I Don’t Like,” Football Manager 2021 is as impressive a title as there is out there. From the new UI to the enhanced Matchday, nearly everything in this year’s version is well done and a testament to Sports Interactive’s dedication to providing the premier simulation experience for us footy enthusiasts. With a plethora of information and customization at your fingertips, Football Manager is a perfect game for new players to pick up. If you’re new to the sport, it’s also a great way to learn the intricacies of the sport.

Now, let me get back to my save!