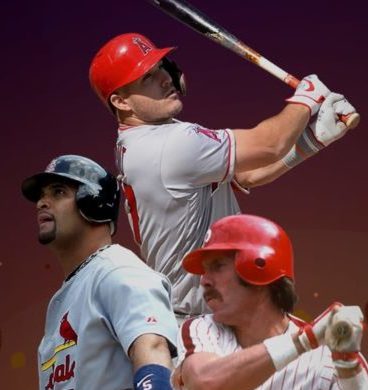 The best card-collecting mode of 2019 is a little tough to talk about in certain crowds. After all, card-collecting modes have become polarizing through the years as some think they take away from franchise modes and single-player modes overall. The pursuit of money throughout the year by developers means there’s certainly an incentive to keep these modes interesting all season so that consumers will pay at least some money here and there for new packs and content. This means, in theory, that resources are taken away from other areas so they can be focused on these card-collecting modes. Whether that’s entirely true or not is somewhat irrelevant because it remains a talking point regardless.

Be that as it may, these modes have unquestionably become a mainstay in the sports video game genre and are getting better year by year. This year there was strong competition as all the major titles are getting better at putting out content on an almost daily basis. However, the decision was an easy one this year to go with MLB The Show 19 Diamond Dynasty.

In many ways, this felt like a culmination of sorts for Diamond Dynasty mode. The Show developers set off to try and make Diamond Dynasty mode stand out from the crowd when it was first released years ago. It had some fans, but the mode didn’t start to really hit its stride until it came around to some of the norms set by the gold standards at the time like FIFA Ultimate Team.

However, Diamond Dynasty has still been able to stand out from the crowd with tons of unique cards, the addition of Events and a Battle Royale mode, and then topped it off with Moments and Inning Programs this year.

Moments were sometimes maligned when people would get stuck on a seemingly impossible challenge. On top of that, the Moments that shipped with the game were exponentially harder than just about any other Moments that came out this season. Nevertheless, the team seemed to figure out how to do Moments as the year went on, and integrating some Diamond Dynasty rewards into March to October was another smart way to get people to check out a new mode. 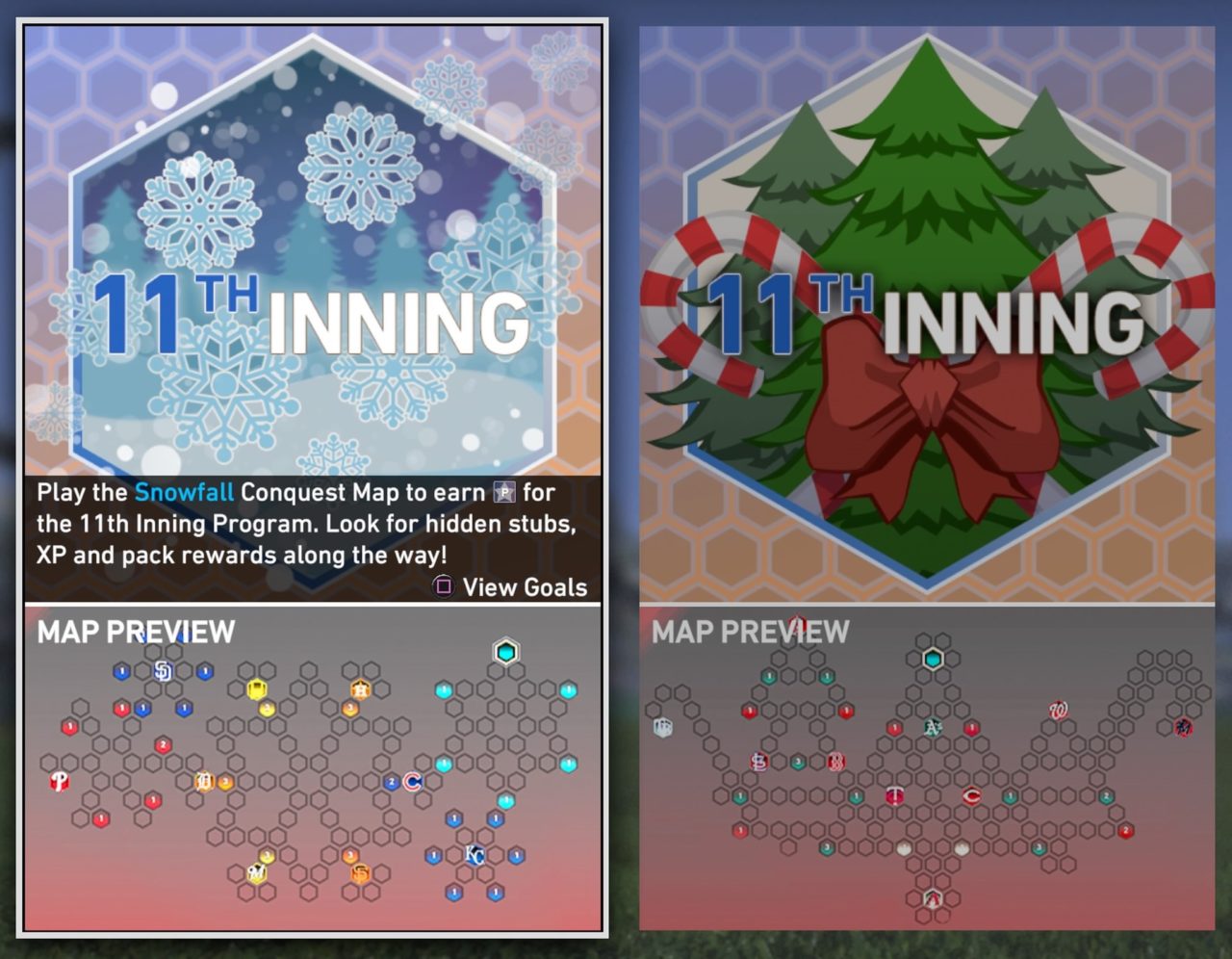 However, the true highlight has to be the Inning Programs this season. We’re still doing one last mega program, and even though The Show closed beta starts on January 14, we’re still getting content for that mega 11th Inning Program. Programs have given us tons of Moments, players, packs, and just a general mission structure on a monthly basis. It helps to balance the mode because it feels like, whether you play offline or online, you’re getting a lot out of your time with the game. No other card-collecting mode has found the same balance in satiating both offline and online players with these modes.

All in all, Diamond Dynasty also feels like the most fair mode for the consumer. The marketplace is the easiest to buy and flip cards in day to day if you want to grind out Stubs, and it’s the mode you feel the least compelled to spend money in to compete. You can rack up an insanely good team now just be doing the free content in the game, and really all that holds back Diamond Dynasty is a lack of a salary cap mode, and the online gameplay itself.

The Show will have questions going into next-gen as a franchise. How do they handle the batter-pitcher interaction in a better way to make hitting feel more fair but also challenging? How do they transition to going multi-platform? When does online franchise mode come back? When does the franchise mode itself get a big boost?

However, one area that seems well in hand is Diamond Dynasty mode. The developers behind that mode have hit their stride, and now they stand at the top of the mountain in this area. That can change in a hurry, but as long as they keep delivering new legends, new content and new quality-of-life improvements to stay on the same trajectory, it’s hard to see them losing their way 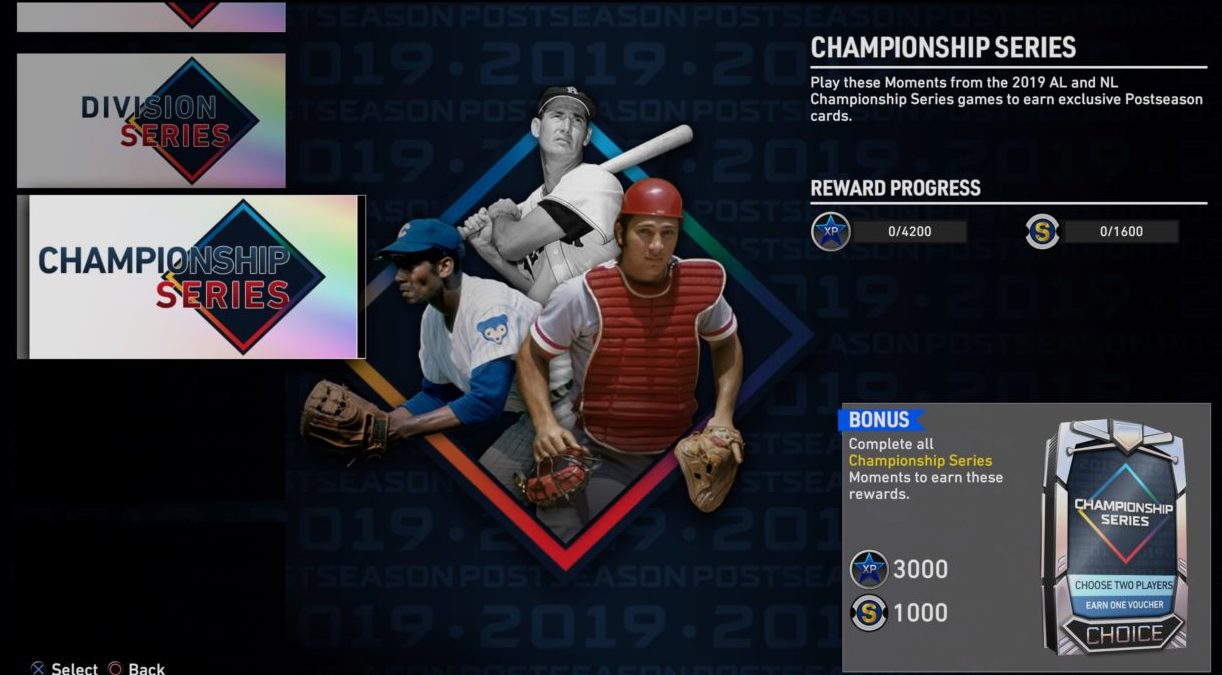 The community felt the same way as Diamond Dynasty won this vote in a landslide. MUT has upped their game with content this year, but there are still too many bugs with new content when it launches, and recently even a swathe of connectivity issues. MyTeam has introduced evolution cards and has also boosted their release schedule, but they also have some weird bugs when launching new content, brutal input lag at times, and the grind is a little overwhelming as well. Both games also feel more reliant on spending money than Diamond Dynasty, and neither has an auction house that is as easy to navigate as the one in Diamond Dynasty.