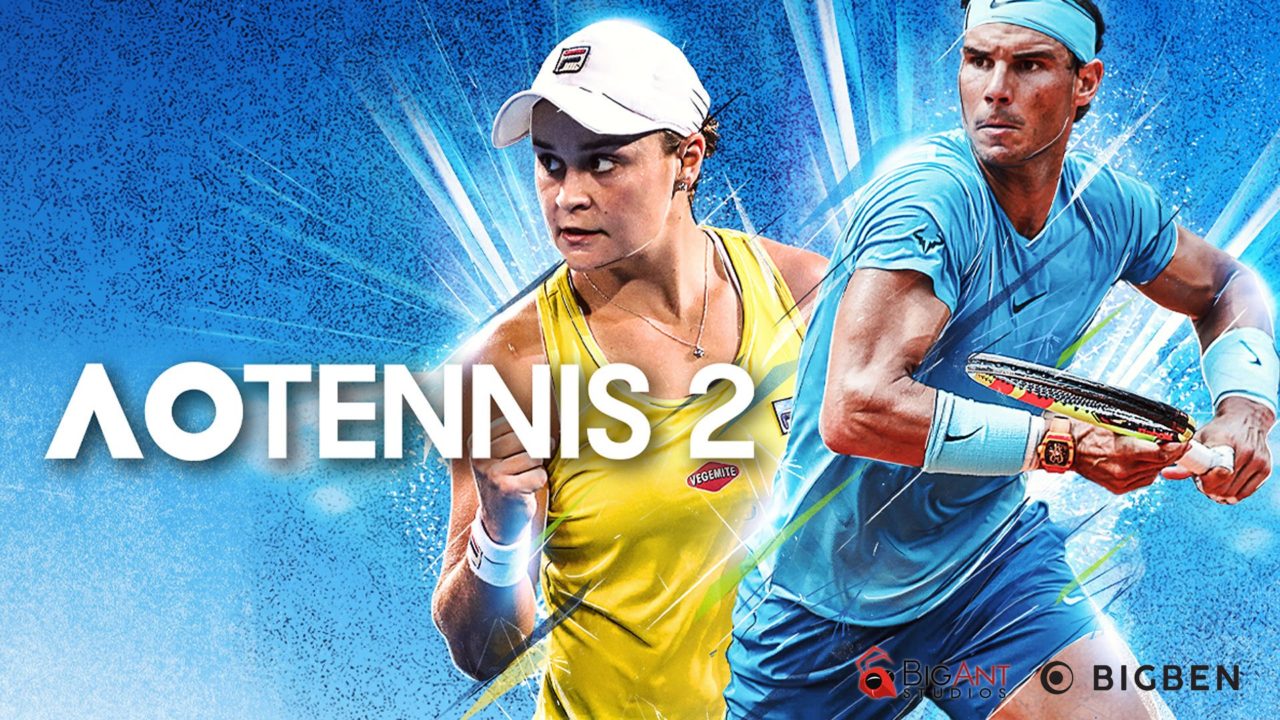 Big Ant Studio has a bit of a tough job trying to fill a niche market for tennis. They are in many ways the closest thing to a big-time developer creating a tennis game, but they don’t have the same big-money resources that 2K and EA have for games like Madden and NBA 2K. With that in mind, while the community for tennis titles may be smaller than that of say football, soccer or basketball, the community is just as passionate about its sport.

People who are familiar with Big Ant Studio understand they are dealing with limited time and resources but are passionate about their projects. AO Tennis 2 is a healthy reminder of that.

(Also, take note this AO Tennis 2 review does take into account the recent sizable patch released on February 18. We held the review to have ample time to test out all the new changes.)

I found myself spending quite a bit of my time with career mode, and for good reason. The new (or expanded) career mode in AO Tennis 2 builds off its predecessor in almost every way possible. While familiar feeling if you played the first, the improvements are instantly noticeable. 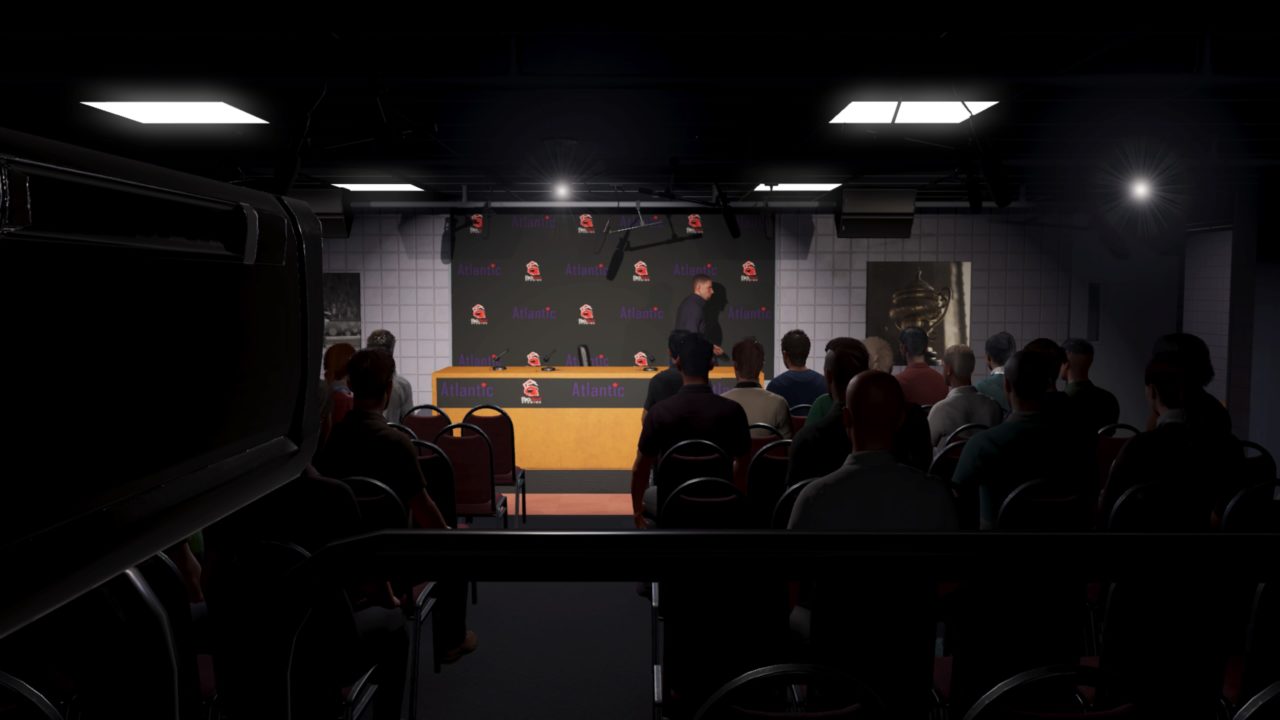 Initially, you have the option to start off as a star or an up-and-coming young player with goals of reaching the pro tour. Either way, the dream is that with enough work and luck, reaching the world’s number one ranking will be achieved. But let’s not get ahead of ourselves.

What makes the career offering different from the original? Well, for starters, Big Ant has incorporated a system that allows you to attend press conferences after a match. At these pressers, you discuss your achievements and shortcomings in your most recent match.

Also, you will have periodic meetings with your manager to discuss how you are handling the pressure of the tour. This includes elements like how you are reacting and addressing the media, and how all of this combines to project you as a star on the rise or an ill-tempered prodigy incapable of handling the stress of the day-to-day interactions of being a professional tennis player. 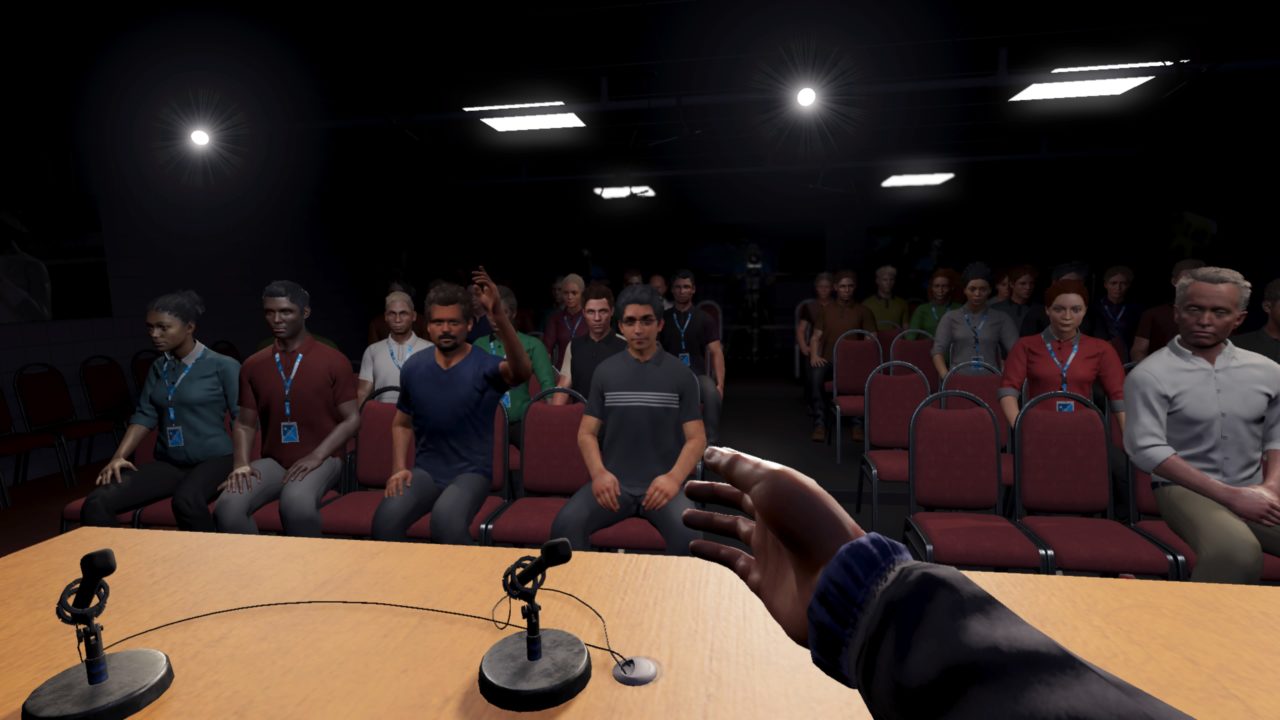 The game also offers the user an in-game system to “help navigate and check out different matches, your travel schedule, and training sessions while making sure that you get proper rest in order to avoid injuries. Injuries will prevent optimum performance during matches and the stress will eventually lead to fatigue which will also prevent you from performing your best during matches in the game.”

The best compliment I can give the career mode in AO Tennis 2 is that in no way does it feel tacked on to the gameplay as an afterthought. The system, while not perfect, offers some real strategy and has real-world implications depending on the choices that you make with your created player.

If other companies want to implement a community creation and download suite, they should look no further than the gem that resides within AO Tennis 2. The in-game creation system allows you to create incredibly detailed players for career mode. It also allows you to create tennis stars of today and yesteryear. 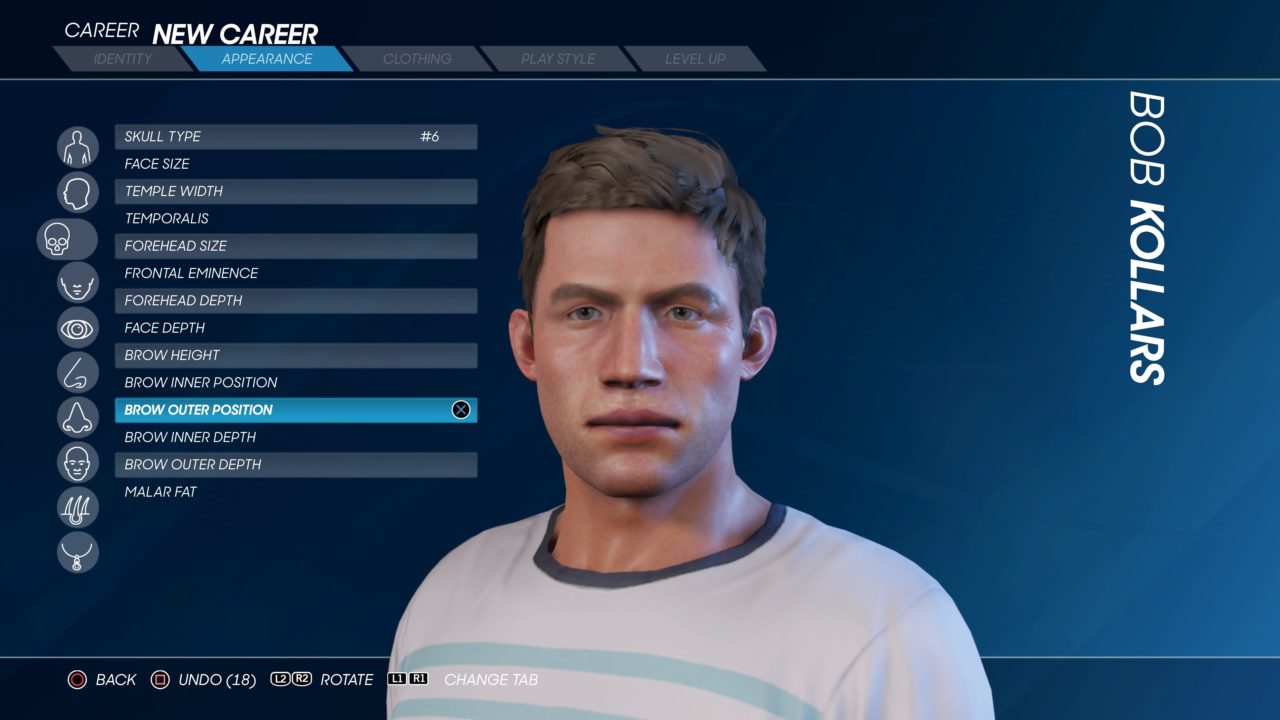 Perhaps the best feature is that the system lets you group a bunch of created athletes together so the community can download them as packages instead of one at a time. The game also provides you with the tools to create all the venues accurately that are not fully licensed in the game. 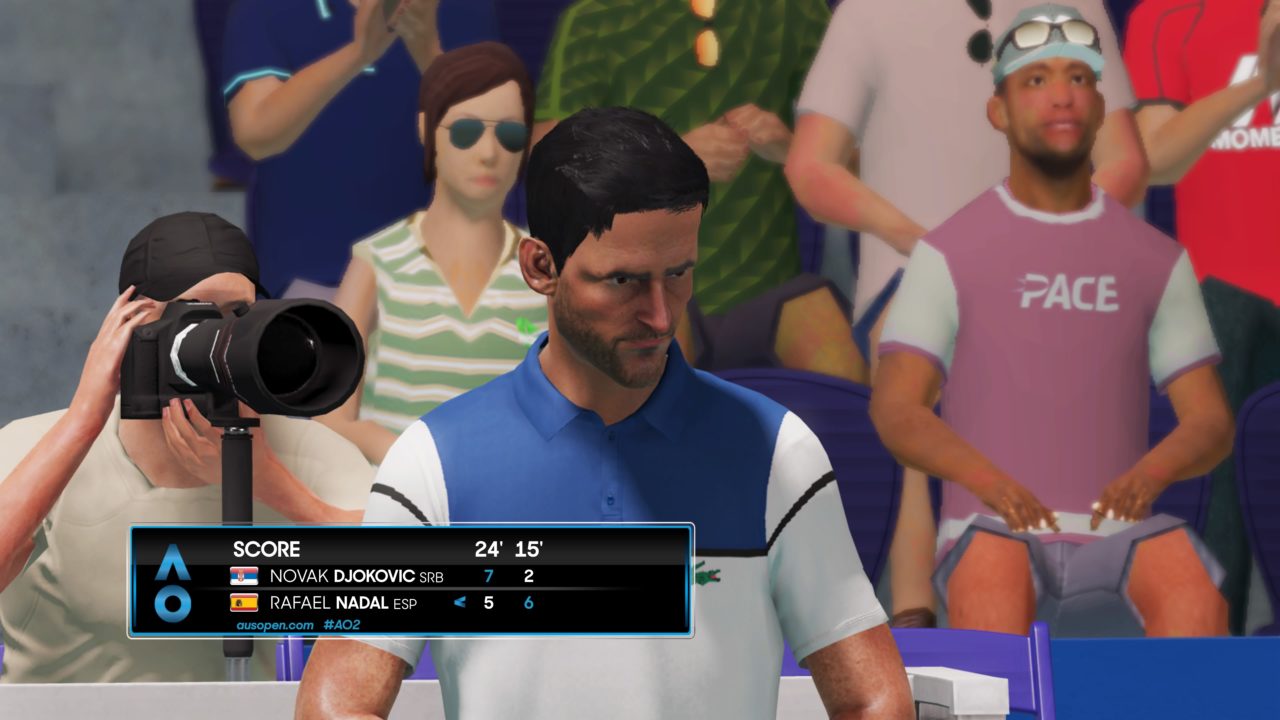 This is such a powerful inclusion because it obviously helps users create worlds that feel realistic and adds to the longevity of the game itself. I could go on for paragraphs about how much I appreciate the creation system that Big Ant has implemented here, but just know that it is one of the best systems ever developed and should be replicated by many unlicensed titles moving forward.

The online system for AO Tennis 2 isn’t genre-defining. However, what it does offer is the ability to create custom matches and quick matches. On top of that, there are online leaderboards and server stability.

The server stability is obviously huge for this sort of game. In my multiple efforts to play online against friends or random people, I never had a single issue connecting or staying connected. In fact, the only issue I ever experienced was with an opponent’s ping being a bit on the high side, but that was self-admittedly the fault of poor internet.

It would be nice to set up full tournaments and/or have connected careers, but those items are big asks for a smaller development company. What is offered here works really well and adds to the overall enjoyment and longevity of the title. 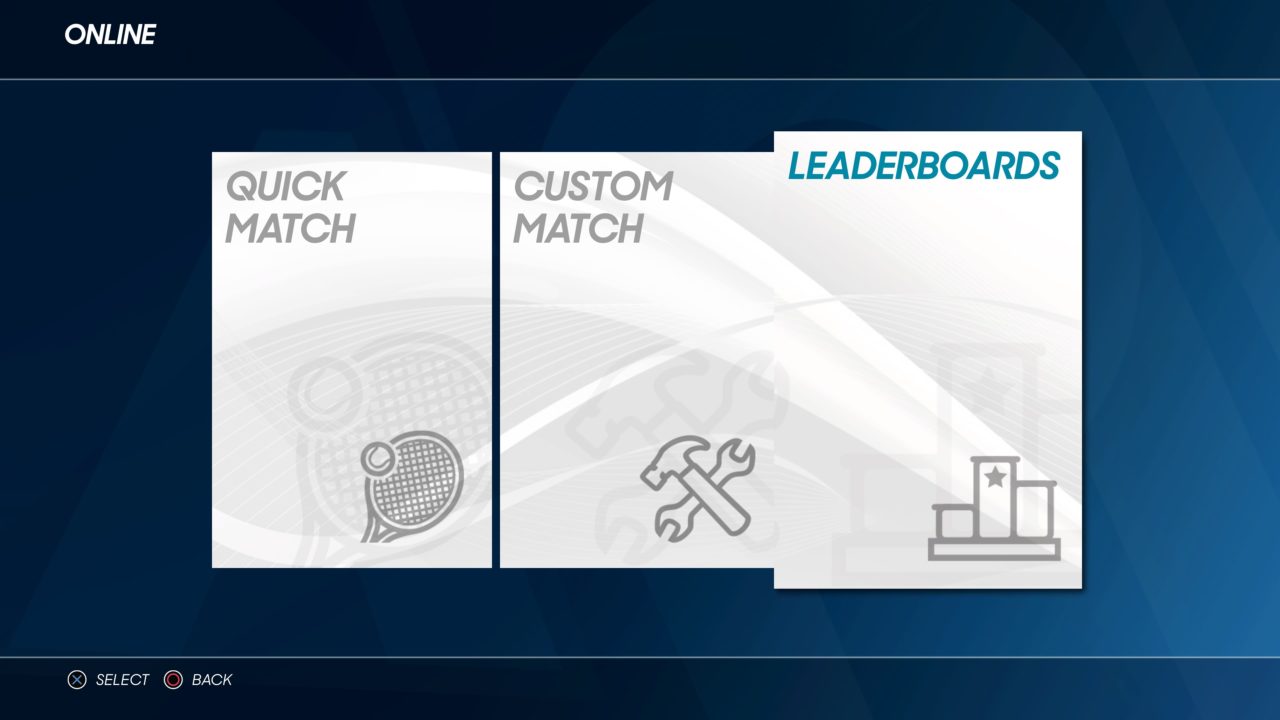 I would not normally spend much time on a tutorial system for a review, but my belief is that the system included in AO Tennis 2 is well done and important to users to who want to hone their skills. It’s more helpful for newcomers (obviously), but it truly is helpful for everyone.

The system is not extremely different from what other games have provided in the past, but I highly suggest utilizing what is offered here. It helped my game a great deal, so I have a suspicion it will do the same for many others.

Not only does the tutorial system allow you to practice different types of shots, it has incremental difficulty to help keep pushing your game and skills forward. It truly does feel like it’s training you to be better at the game in multiple ways.

Creating an authentic tennis title that is accessible to all levels of skill is tough. While AO Tennis 2 does an admirable job overall, there is some frustration involved when it comes to the level of difficulty in shot placement and AI. At times, AO Tennis 2 felt more like a tennis simulator and less like a video game. What I mean is that certain difficulty levels make me feel like I am not quite in control of my destiny on the court.

On the higher difficulties, my AI opponents rarely made mistakes. Regardless of their ratings, it felt consistent no matter what match or opponent I was facing. This issue has improved somewhat with the newest patch for PC, Xbox, and PS4, but there still needs to be a specific slider in-game to address this issue. 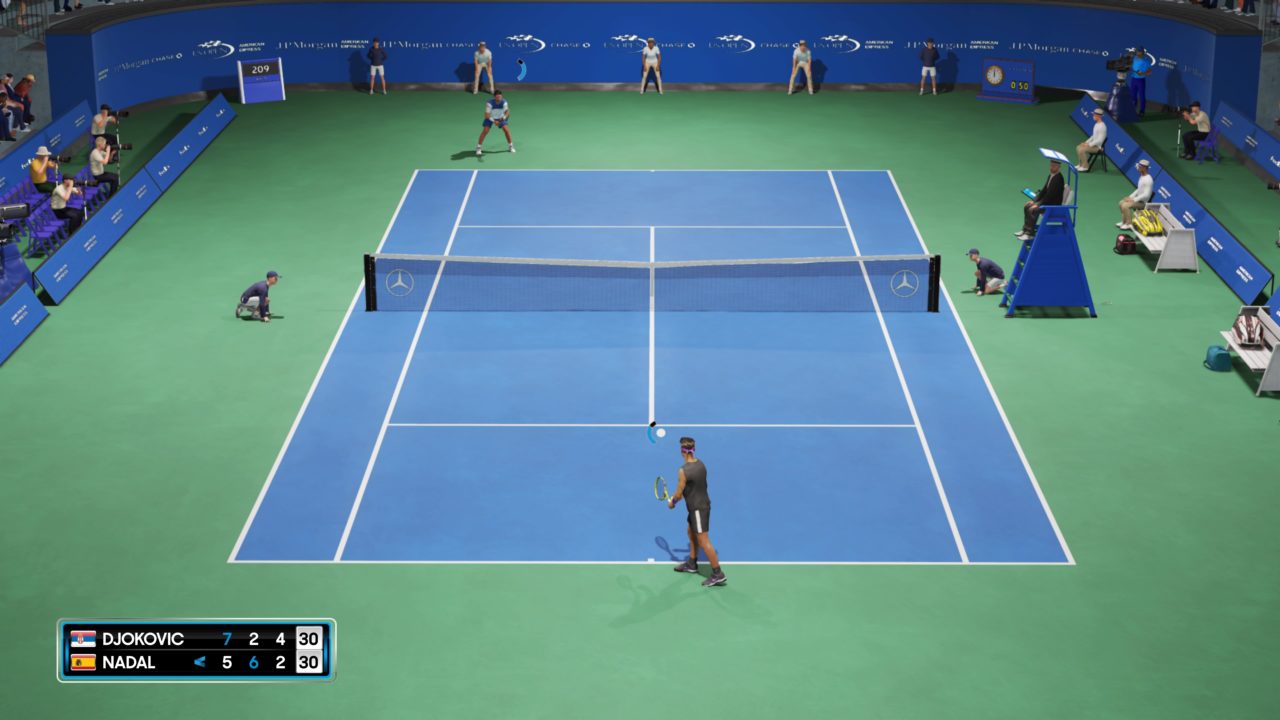 As I have briefly touched on before, the shot placement system in AO Tennis 2 is well done. However, as your player’s stamina decreases, so does your ability to hit a precise shot, which is fine. The issue(s) arise because the degradation of the user’s skills become so emphatic, at least compared to that of the AI, that it makes finishing off a game, set or match on the higher difficulties a bit problematic.

Being difficult is fine, it’s just being fair that is sometimes missing here. This is not a problem specific to AO Tennis 2 in the sports scene, it’s just a little more frustrating because the gameplay mechanic I’m criticizing clearly already works for the user. In other words, it’s almost more frustrating here because if the AI played by the same rules it would make matches that much more realistic and intense.

For the most part, AO Tennis 2 does a fine job of being responsive when it comes to the placing your shots and the control of your player. That being said, occasionally my player would struggle to react correctly to the control inputs. It also seems like there are missing animation sequences here and there that make the action taking place on the court seem disjointed.

This lack of animation continuity is just as noticeable when watching the AI player’s movement. The shots seemingly still play out in standard fashion, but visually it can be oddly jarring to watch this take place.

If you’re a fan of video game tennis, there are obviously not a lot of options to choose from on current-gen systems. Thankfully, Big Ant has delivered a realistic and fun tennis title for the masses that plays well enough while offering an incredible creation and download suite. A few bugs hold it back from being a truly great title, but this is more solid progress for the franchise.

AO Tennis 2 delivers a lot of fun, a lot a realism and a strong career mode. There is a bit of hair-pulling frustration associated with the AI, animations and lack of response times. There is a lot of depth packed into this game, and assuming you can look past a few of the issues, this a solid title for tennis (or sports) fans to slide into their rotation.

The most recent patch has to a small degree helped correct some of the issues in regards to errors and animations. Let’s hope the developers continue to support the game and make it stronger as time goes on. I think it’s fair to think they will considering how much post-release effort went into the original AO Tennis.