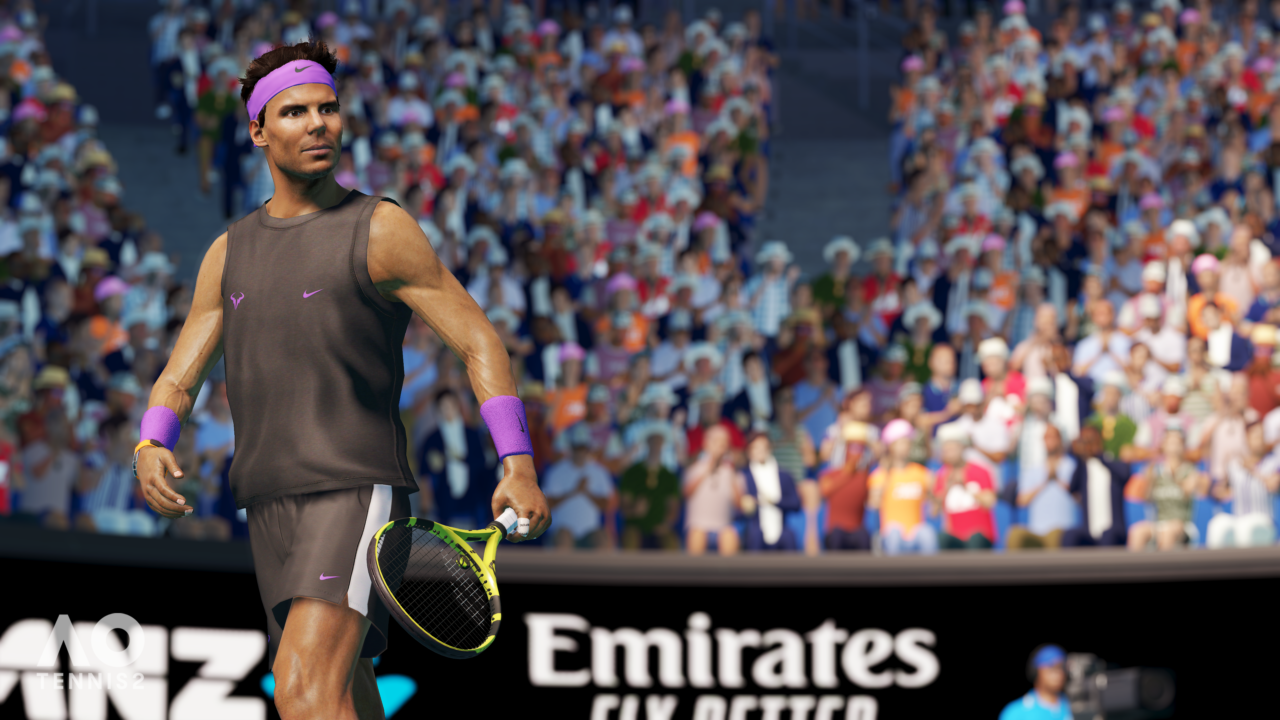 We recently asked our community to submit questions to the team behind AO Tennis 2. Big Ant Studios CEO, Ross Symons has responded to many of those questions today. Make sure to read the full interview below and post your thoughts.

AO Tennis 2 will be releasing for PlayStation 4, Xbox One, and Switch in North America on February 11, 2020 and will release digitally for Steam on January 9, 2020.

And yes, it is possible to have this content available during your career.

OS: Please tell us more about the improvements in gameplay. How have rallies and vollies been improved on this year? It seemed there were many long rallies, but fatigue didn’t play a factor. Will we see the AI make a few more mistakes this year?

RS: We’ve certainly worked to give players more weapons in-game to finish points quicker – we’ve worked hard at the net game, for example, and improved the speed and drive of the game. Stamina also plays a much more critical role this time around, as a fatigued player becomes at risk of injury, and may eventually need to withdraw from the match. 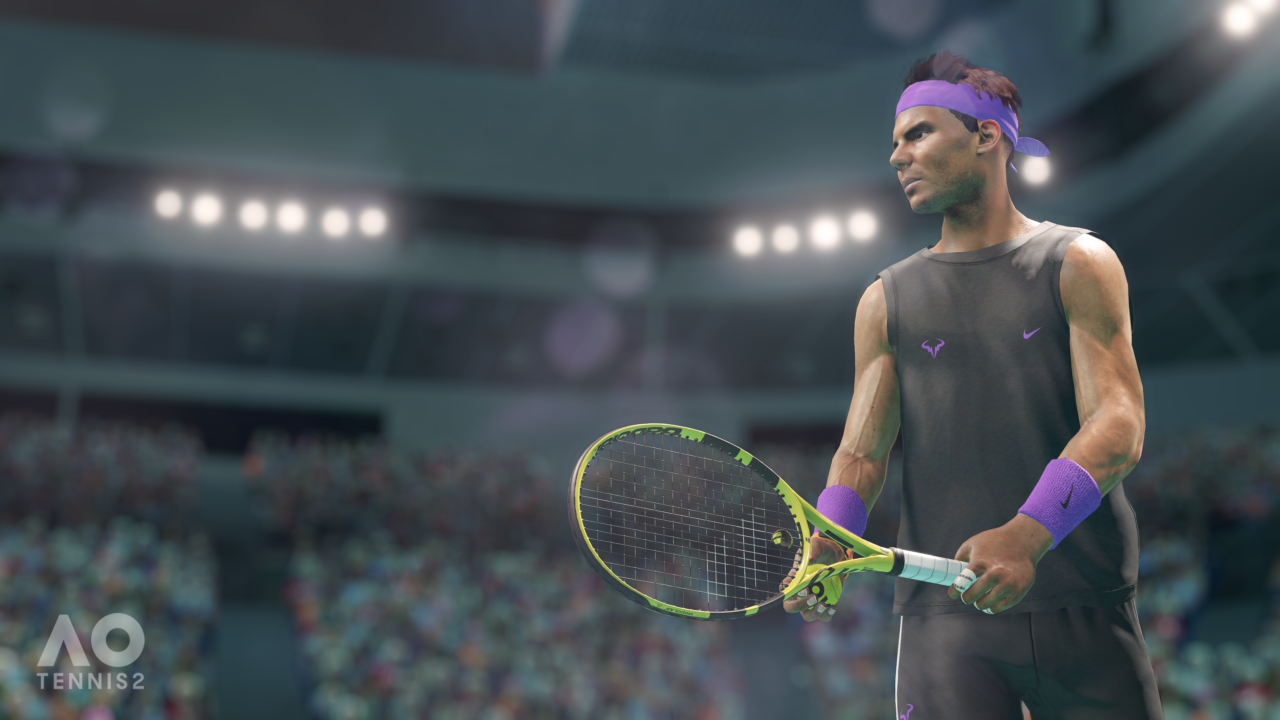 OS: Can we play career mode/season mode as Nadal and/or other players that are on the official roster?

RS: The purpose of the career mode is to give players the chance to put themselves into the game, and follow their own story from the minor competitions right through to world #1. As such, career mode is for player-created players, however you’re able to start your career both as a low-ranking emerging player, or as an existing star that’s already jostling with the likes of Nadal.

OS: Can you explain the process of getting players licensed in the game?

RS: We’re not able to describe specifics here, but we work closely with Tennis Australia to produce the most comprehensive licensed playground that we can offer to tennis fans.

OS: Can we implement our own face into the game this year?

RS: There is an inbuilt player editor with millions of possible combinations, and certainly fans will be able to create accurate likenesses of themselves with that. However, for those with advanced graphical skills, we also provide a separate and free tool for Steam, called PlayFace. which allows you to take photos of yourself and create a photo-realistic likeness. Whichever way you create yourself, once done, you’re able to upload that character for sharing across all platforms.

OS: Can you watch CPU vs. CPU matches in Career or Exhibition mode?

RS: You can! Versatility in how you play and enjoy our games has always been a hallmark of Big Ant’s approach to game design.

OS: Do the clay courts show more wear and tear during matches?

RS: Yes – both clay and grass courts will show degradation through matches and tournaments.

OS: When creating players, can we equip them with any licensed shoes?

RS: You won’t be able to equip custom players with licensed clothing, unfortunately. You will have complete freedom to customise the clothing through the editor tools that are in the Tennis Academy, however.

OS: Speaking of equipment, what options and new accessories are available?

RS: There’s a lot of customization you can do. In addition to creating your own logos and designs, there are multiple clothing options, jewelry options, and so on, to give you a granular level of control over your player.

OS: Will the game have any sort of commentary during gameplay?

RS: Our intent with AO Tennis 2 is to recreate the atmosphere of being at a match, in the audience. As such there is a full range of umpire calls and crowd reactions, but we opted not to include commentary in this game. 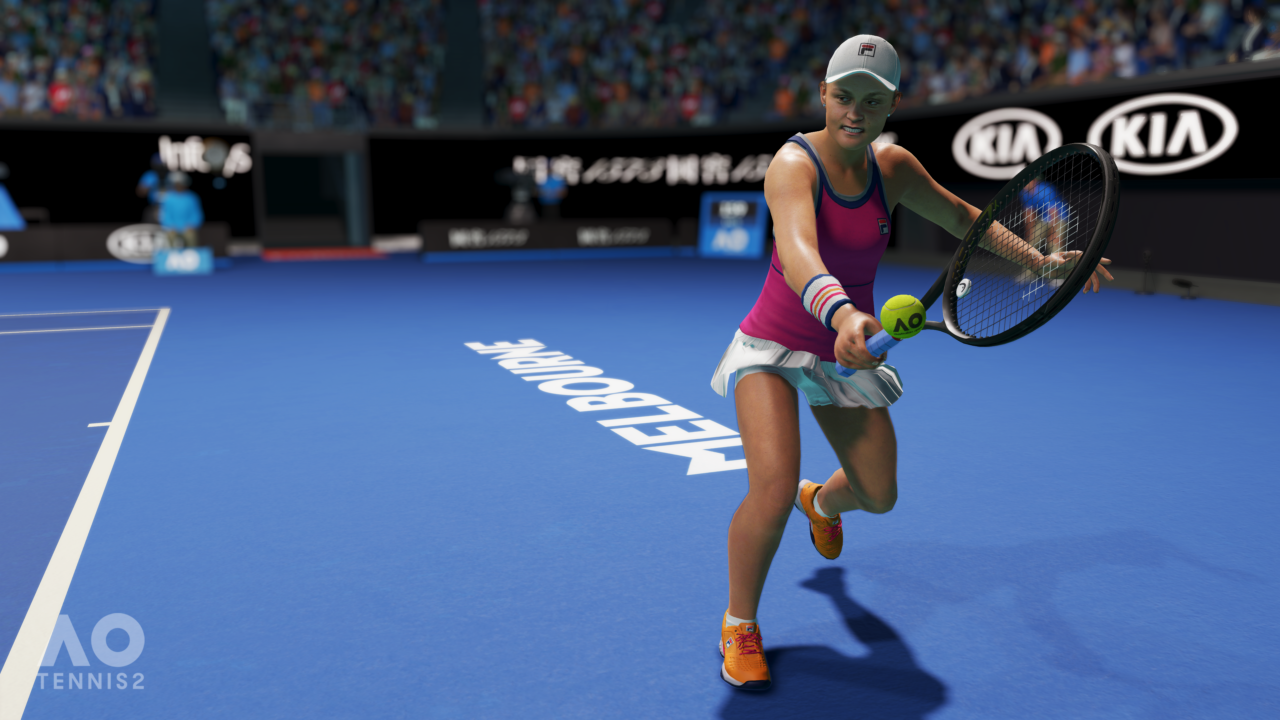 OS: Can you tell us more about what we can expect in the completely redesigned career mode?

RS: In the original AO Tennis, you were set with the goal of playing in a series of tournaments to move up the rankings, with the end goal being to become #1 in the world. AO Tennis 2 has that same basic principle, but this time around you need to really manage your player’s fatigue and injuries, organise a tight schedule for them that includes rest weeks and training, and manage their sponsorships and financial career.

On top of that is a narrative experience, where your player’s behavior on and off the court has an impact on how their career develops. If you’re constantly throwing racquets and being unpleasant in media interviews, the crowd and sponsors will respond to you differently than if you “play nice” and answer the media’s questions pleasantly.

OS: Will there be player specific animations? If so, do all of the licensed players have them? Can we add those animations to our created player?

RS: There are a number of different animation options for created players, both across forehands, backhands, serves, and the stance they take to receive. With regards to the licensed players, we’ve worked hard to capture as many quirks in play style as possible – so, yes, Nadal’s unique forehand action is there!

OS: What are the options we have in the scenario editor?

RS: You can re-create any match in history, at any point in that match. Want to re-live a classic 2-sets down victory? Simply set up the scenario so that you start playing when your opponent is serving for the match.

OS: We’d like to thank you for your time, is there anything else you would like to add?

RS: AO Tennis was built by fans of the sport, and the community feedback that we got helped crystalise for us how to progress with our efforts. AO Tennis 2 is very much the result of that collaboration between the fans in the community and us, and we can’t wait to see what people think of the all-new career mode in particular! 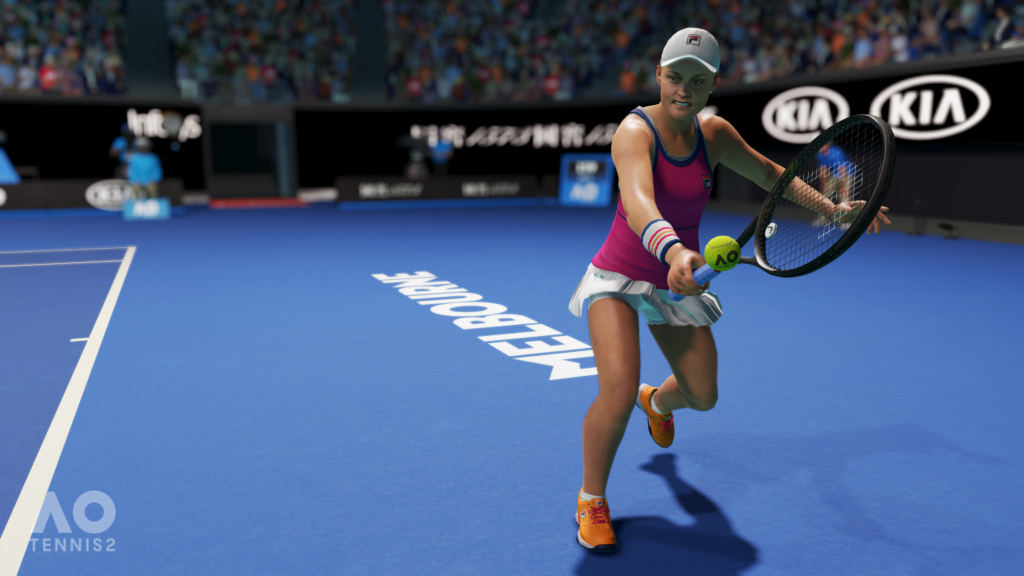 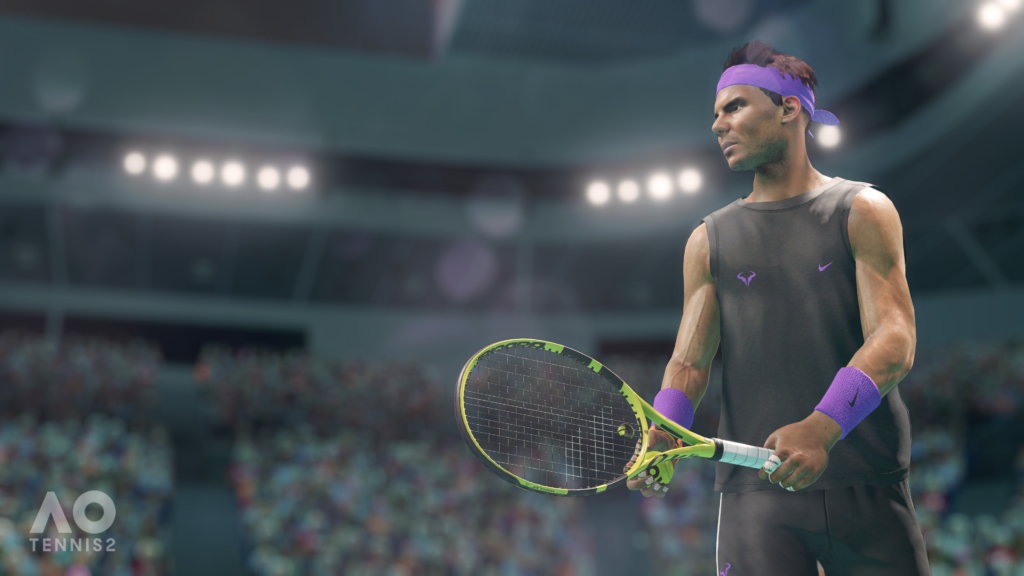 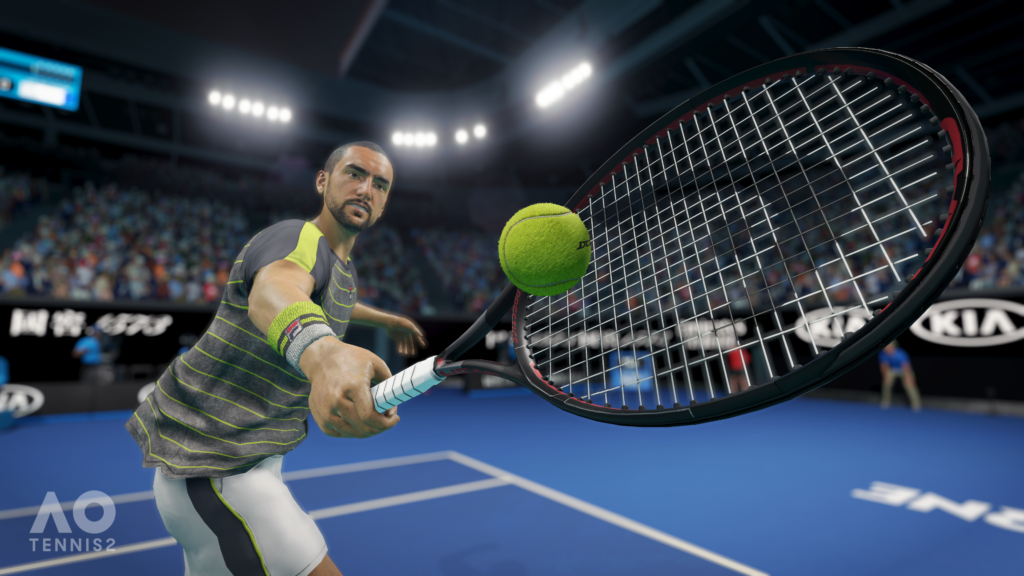 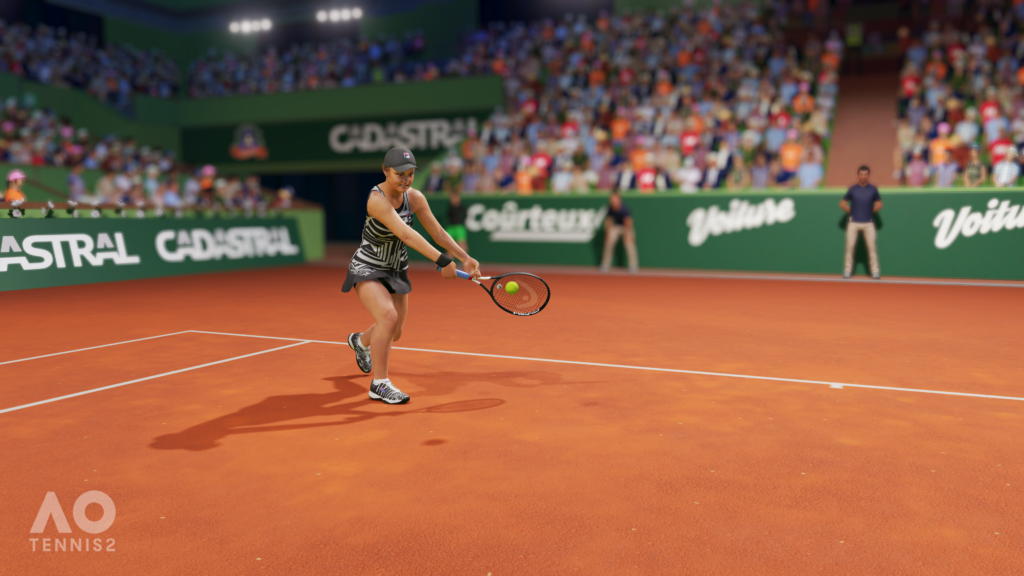 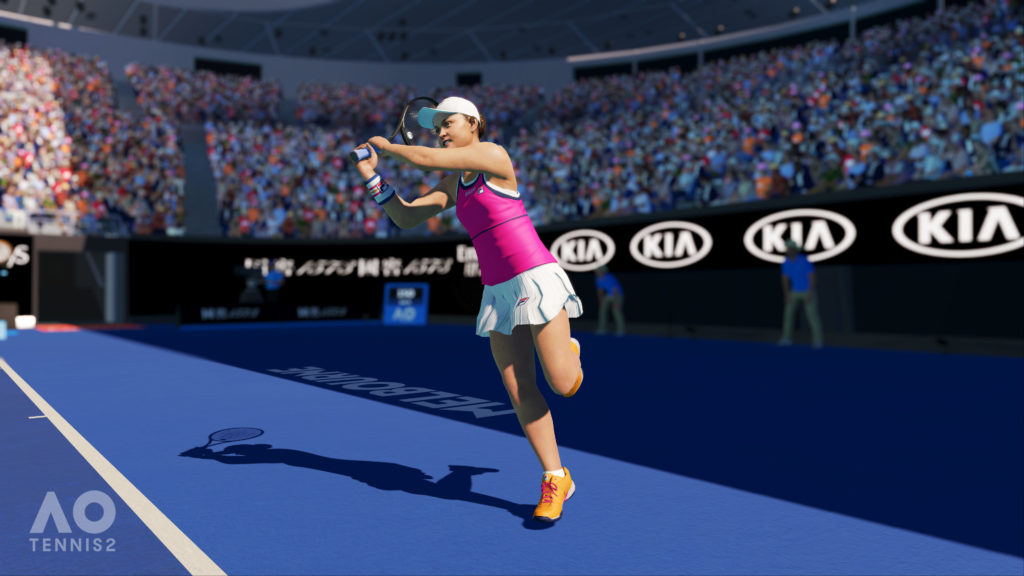 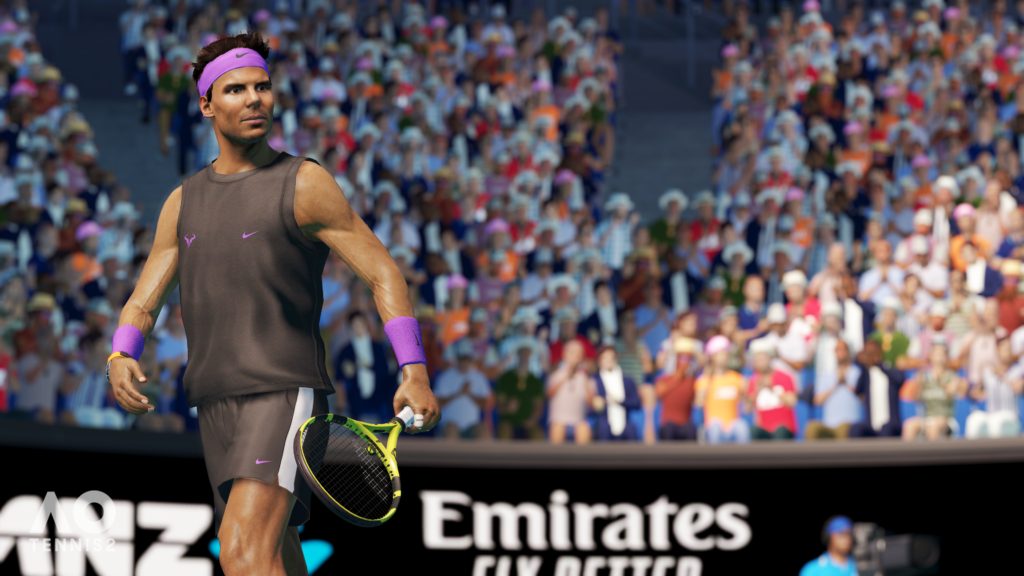