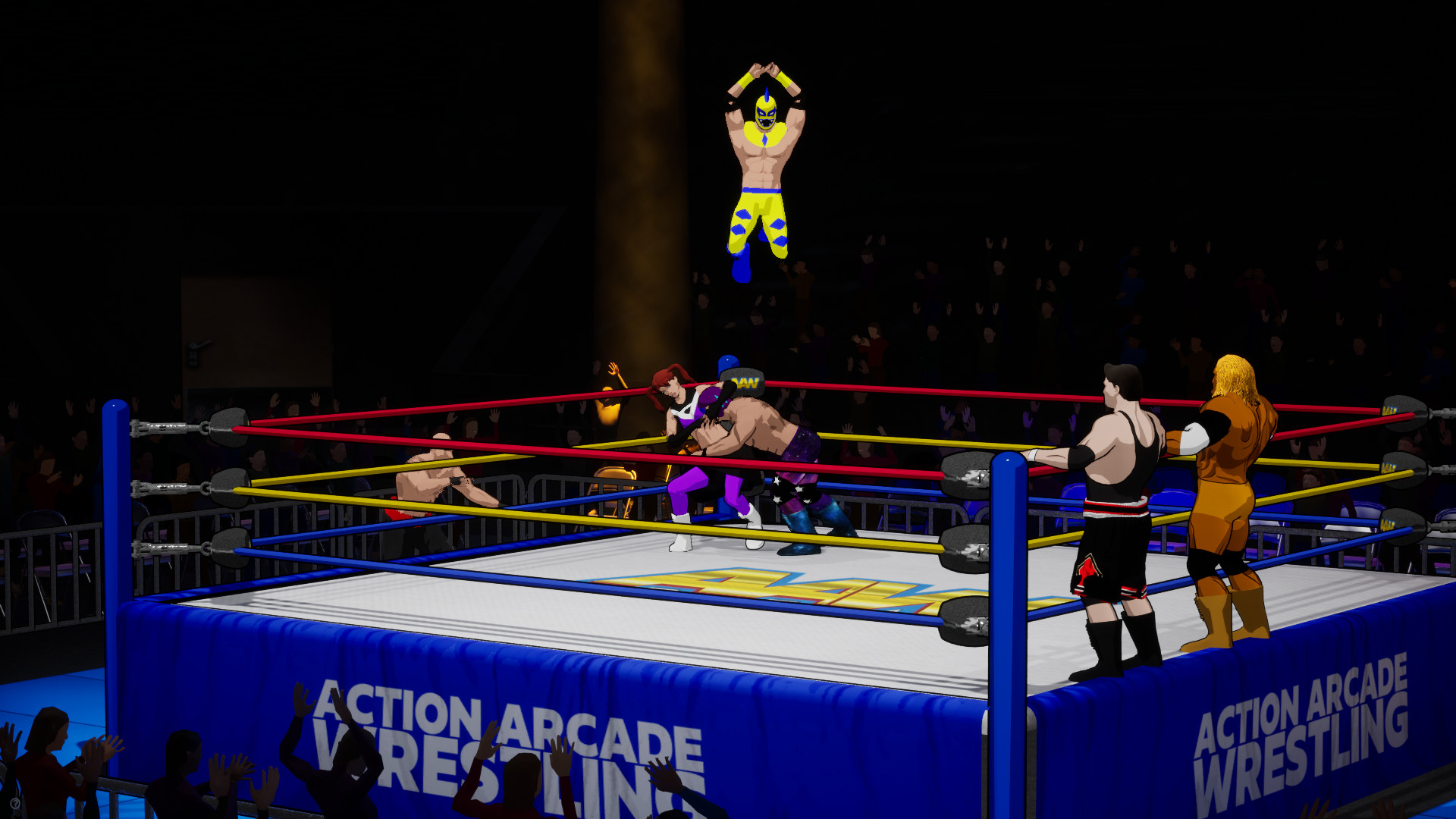 Action Arcade Wrestling brings everything you love from 90’s wrestling games with its own twist of chaos and fun. Join the action and step through the ropes in this fast-paced, arcade wrestling extravaganza to superkick the overly simulated wrestling games out of the ring! Choose from a roster of 30+ outrageous wrestlers executing their powerful attacks and superhero-like abilities in the most over-the-top wrestling game ever conceived.

We reviewed the game when it was called CHIKARA: Action Arcade Wrestling. Make sure to read it here.

While not a simulation, far from it, CHIKARA: Action Arcade Wrestling may have come out at just the right time to stoke interest from a disillusioned fan base. But if you’re unfamiliar with the promotion and you glance at the cover to spot a guy dressed as a fire ant (his name is Fire Ant by the way, and he is one of many), you might just wonder what kind of promotion you’re dealing with here.

Read more about Action Arcade Wrestling, at the official website.