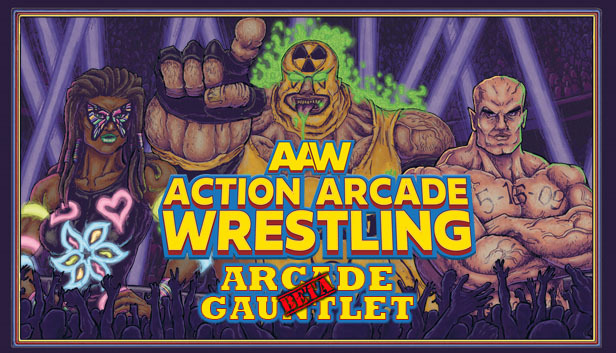 A new Action Arcade Wrestling Arcade Gauntlet mode has been released on Steam for beta testing. Players can design their own mini-tournament consisting of five continuous matches, each with different match types, enemies and modifiers.

The options are endless. For example, you could create an Arcade Gauntlet to include a tag team match with Biohazard enhanced by uranium and a slithering Blue Serpent, followed by a submission match with 50% damage reduction against Forsaken, followed by a 4-way Elimination match with no power-ups and increased opponent damage.

For those of you that try it out make sure to report any bugs and crashes here.