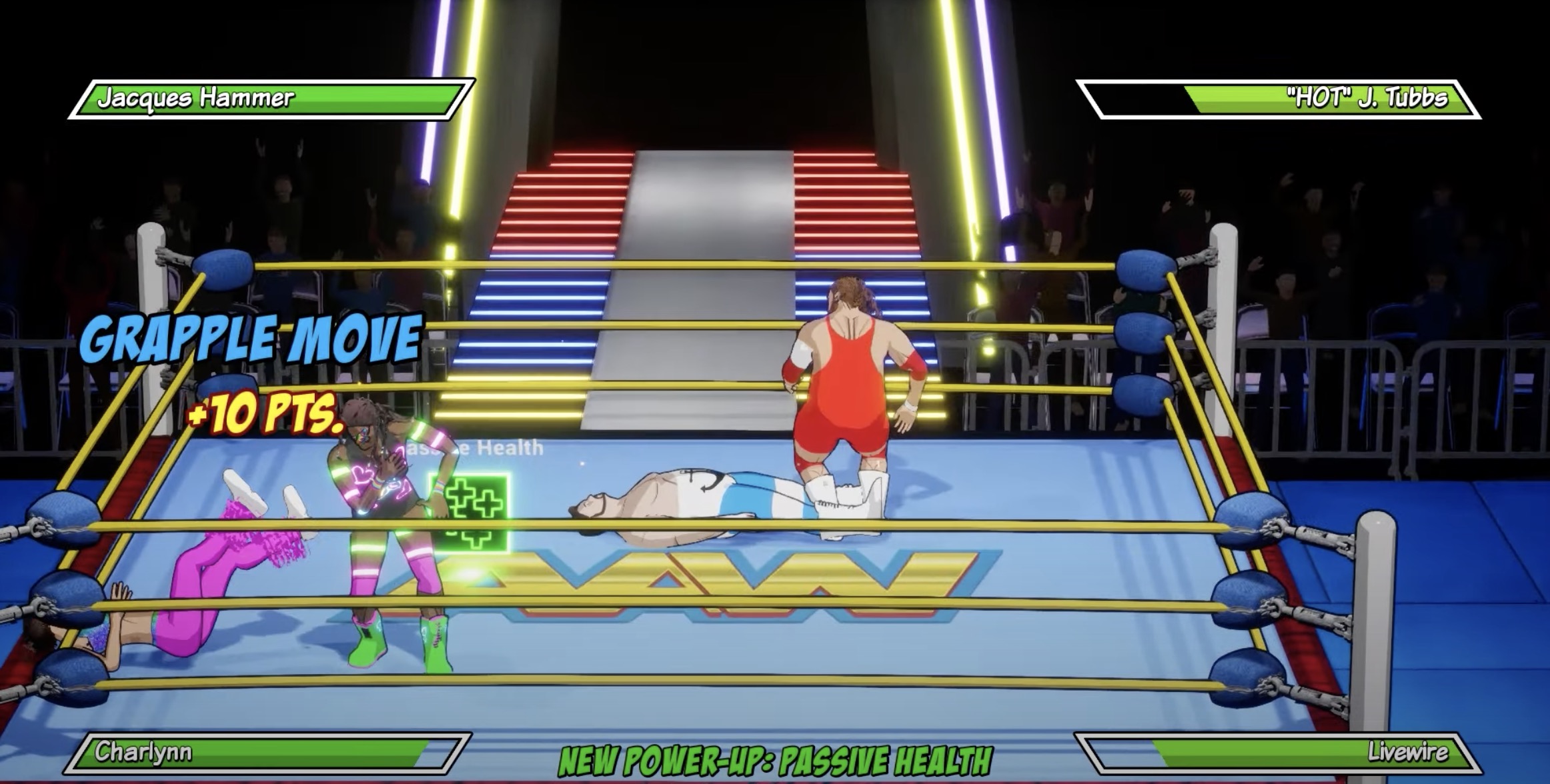 Launched in September as a beta on Steam, the Action Arcade Wrestling Arcade Gauntlet update is now available for consoles. Players can use the Arcade Gauntlet’s mini-tournament editor to create five continuous battles, each with a unique match type, opponent, and modifier. The team is looking to add online integration next year.

Unleash your creative juices and create the most challenging series of matches with the Arcade Gauntlet! Start with a tag team match with uranium-enhanced Biohazard and slithering Blue Serpent, then survive a 1-on-1 submission match against Forsaken with 50% damage reduced, only to enter a 4-way Elimination match with no power-ups and opponent damage increased… Arcade Gauntletcan be as challenging and deadly as you desire!

Action Arcade Wrestling is available on PlayStation 4, Xbox One and Nintendo Switch. The game is currently on sale at the Nintendo Shop for $8.99.