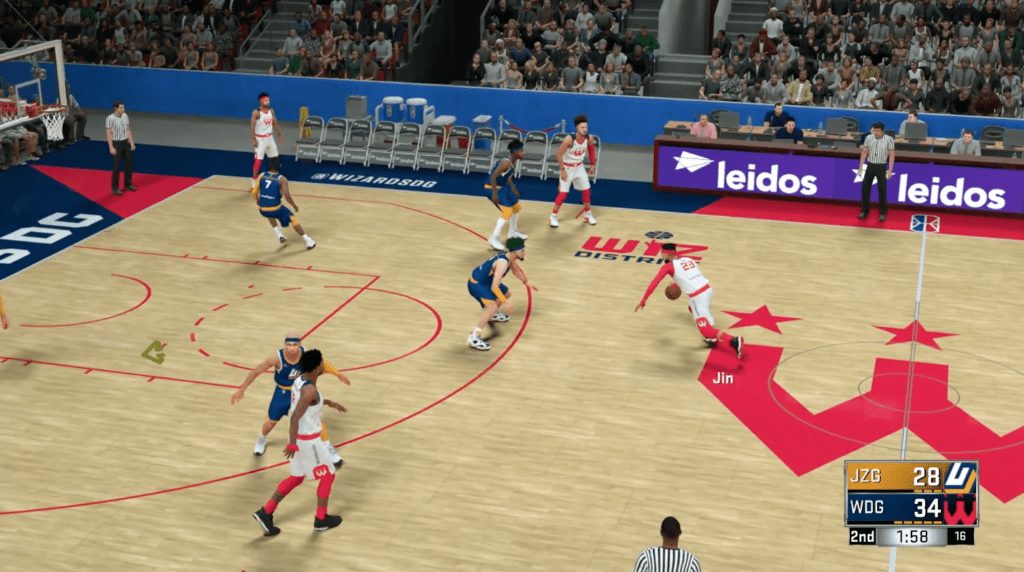 I’ve been at the NBA 2K League studio for two days now, watching on one of many screens the league’s inaugural Tip-Off Tournament. There’s a lot of excitement, a lot of great, competitive basketball, but also a lot to learn — for the league, for its players, and for its viewers. Here are four major takeaways after 12 games and over 20 to go.

It seems like the winner of every close game has not held the lead in the fourth quarter for very long (if at all). Kings Guard — who don’t have a coach — blew two fourth-quarter leads in their first two games. They’re in no way the only culprits. No lead has been safe by any stretch of the imagination. Games have gone back and forth, especially the Wizards DG–Knicks Gaming match, which wound up going to overtime after both teams fought back from six-point deficits in the fourth (WDG won in OT). It remains to be seen whether it’s a question of stamina, and that the energy teams expend in the first three quarters catches up to them, but since fourth-quarter reactions are the most emphatic I’m inclined to reject that hypothesis. Consistently close games are one thing, but three-possession leads are another. Teams need to find a strategy to put games away in the final frame. That’s what will separate consistently good teams from the rest.

The presentation so far has been terrific, very professional, and very visually appealing. The commentary team of Scott Cole (known for his Madden commentary) and Phil Visu (The Phenomenal EE) has excelled, as has the duo of Dirk Ruiz and Larry Ridley. Yet the Twitch stream (which, it must be noted, is constantly about 20 seconds behind) could use a little work — missing is the bevy of stat overlays that are so important for analyzing and getting a quantitative grip on games. It’s difficult to communicate the enthusiasm shown in the studio while at the same time showing the entirety of the game. The league has already taken positive steps toward better engaging its viewers, adding more player face cams along with player identifiers. The stats have to come next, but I’m confident that the broadcast team will handle it. They’ve succeeded with everything else so far so this is sure to improve.

Let me preface this by saying that the sliders have done an incredible job of taking the power out of shooting and have evened out the game considerably. That being said, open shots still go in; teams haven’t done everything in their power to maximize open-shot opportunities. Certain teams have run offensive sets successfully, and others have run no sets successfully, but there’s still room to be exploited. Jazz Gaming, for example, got a lot of offense off of backdoor cuts and feeds from third-overall pick Compete (Shaka Browne). A key failure to capitalize has been teams’ inability to involve sharpshooters. Warriors Gaming Squad, for example, got minimal contributions from first-round pick ShawnWin (Trong Nguyen) in their first two games. Teams need to run simple plays to open up shooters. We haven’t seen an off-ball screen or pindown, which is almost inexplicable in a game where so many teams make sure to have multiple archetypes that can shoot threes.

There’s a lot more excitement to be had in this first Tip-Off Tournament. Group C, comprising Raptors Uprising, Blazer5 Gaming, Magic Gaming, and 76ersGC, is sure to be as exciting as Groups A and B have been, and Group D features #1 overall pick Dimez of MavsGG, #2 overall pick Fab of Celtics Crossover Gaming, and the dangerous Heat Check Gaming squad. Two days of 2K down, three more to go.