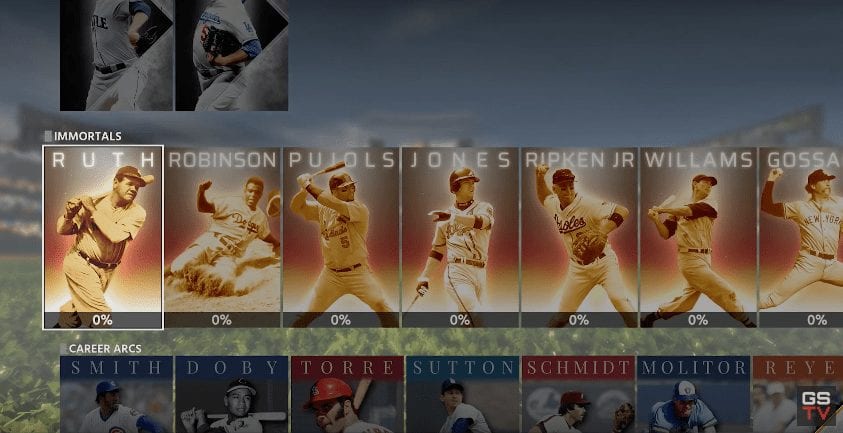 With the card-collecting Diamond Dynasty mode only becoming more and more popular with each passing year in MLB The Show, it’s clear that the game requires an infusion of new legends with each release to keep things interesting. Hence, the debut of Babe Ruth in this year’s game.

Though there are naturally plenty of choices throughout the annals of baseball history from which SIE San Diego Studios can pick and choose, they have already included many of them in the game already and some of those that haven’t been included surely come with all sorts of licensing headaches.

But in a perfect world, who would you love to see as a legend in MLB The Show 18 that hasn’t already made an appearance?

Let’s take a look at the 19 candidates we’d be most excited to have a chance to slot into our Diamond Dynasty team.

United by their mastery of their craft over roughly the same period of time and also by some questionable choices in hair styles, these two starting pitchers possessed other unique qualities that set them apart from the pack.

Martinez was animated and wore his heart on his sleeve while on the mound, which occasionally got him into a bit of trouble.

Nicknamed “The Big Unit,” the 6’10” Johnson intimidated batters with his tremendous velocity and icy demeanor. Oh, and he also accidentally killed a bird once with one of his pitches.

Because second base is a position in Diamond Dynasty where it can always be tricky to find viable options, Biggio would immediately become a staple in most line-ups. A 3-tool talent that dazzled with his bat, glove, and speed, Biggio was inducted into the Hall of Fame just a few years ago behind the kind of numbers that displayed his rare combination of consistency and power.

It would be nice if they could find a way to even incorporate his incredible knack for getting hit by a pitch too.

It’s hard to separate these three, as they formed the cornerstone of the Braves’ dominant starting rotation for a spell, leaving a bunch of frustrated hitters in their wake during that time.

Though the trio all had their own individual recipe for how to flummox whoever was at the plate, it would be especially interesting to see how the developers would replicate the particular set of skills Maddux possessed in his later years, with his lower velocity buoyed by pinpoint accuracy that had surprising success pitching to contact.

He may be denied enshrinement into the Baseball Hall of Fame, but that’s no reason to keep Pete Rose out of the MLB The Show series too.

“Charlie Hustle” still holds the all-time record for hits and his well-documented tenacity would be a welcome addition to any Diamond Dynasty team, providing developers can find a way to translate that kind of reckless abandon into the game.

And if they are really striving for realism, perhaps they could work in some kind of mini-game that allowed you to bet on games while you’re playing in one.

(Editor’s Note: There’s no way Pete Rose gets in the game. But man oh man.)

It would be a nice gesture for SIE San Diego Studios to honor the legacy of two pitchers who left us far too soon by immortalizing them in Diamond Dynasty to remember when they were at their best.

The pair might make for ideal candidates to showcase the game’s newfound emphasis on players’ emotions during a game too, as Halladay was the consummate intense pro on the mound while Fernandez approached the game with the kind of fun and enthusiasm that comes with being young and care-free.

10) Mike Piazza (Hey This One Is Already Done!)

Once of the most recent players to be inducted into Cooperstown, now would be an ideal time to allow Diamond Dynasty players to input one of the greatest catchers of all time into their squads (and so he is).

First with the Dodgers and then later with the Mets, the backstop raised the bar for a position that isn’t usually known for having the most offensive production with his regular displays of power and penchant for knocking in runs. 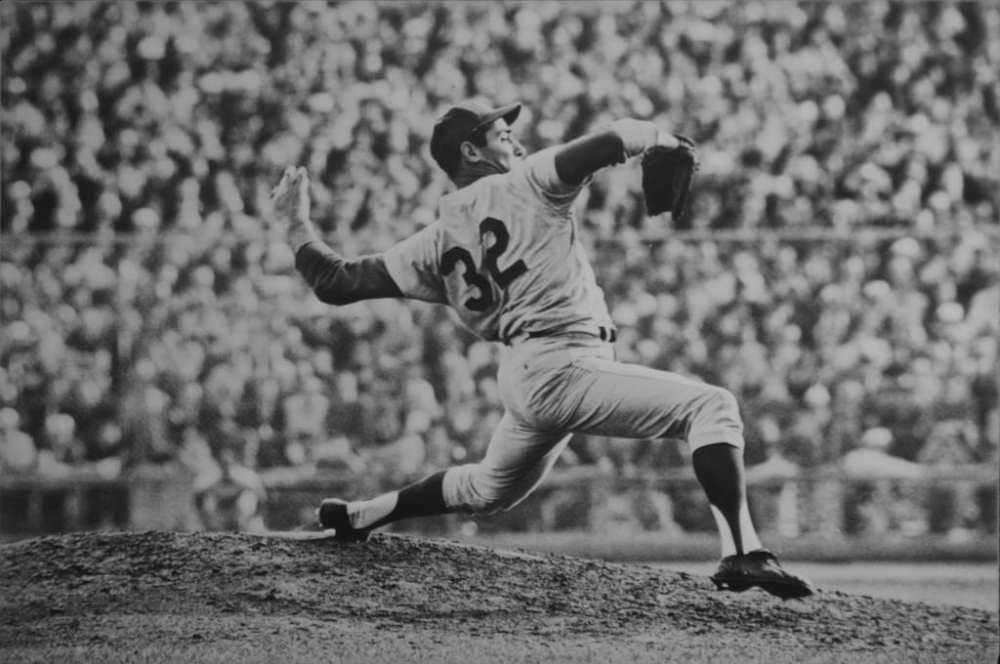 Because there have been so many great players throughout the history of Major League Baseball, it’s often easy to forget about those that played quite some time ago.

But Koufax and Young remain two names that have become synonymous with great pitching, even all these years after they’ve retired. The former was a 6-time All-Star and 3-time Cy Young Award winner while the latter obviously had to be pretty darn good to be the namesake of that award Koufax won.

When it came time to close out a game, there was absolutely no one better to call on than Rivera, as evidenced by his record 652 career saves.

Sure, Rivera has been in his share of MLB The Show games already a a live series player, having only retired a couple years ago now, but Diamond Dynasty needs to have the greatest of all time to call on in the 9th with a 1-run game on the line.

Even though all of the hitters will know what’s coming, they still won’t be able to do anything with Rivera’s nasty trademark cutter.

Their troubles off the diamond have been well-documented (seriously, check out the 30 for 30), but in their prime it was hard to overstate the kind of excitement both Gooden and Strawberry brought to the Mets in the 80s.

Strawberry was a threat with both his mighty bat and his fleet feet while Gooden habitually shut down opposing batters with electric stuff as a starter. Maybe there’s even a way they can have the crowd in right field mockingly chant “Daaaaryl” when he’s out in the field.

Would they even be able to replicate the speed of Henderson in a video game? And if so, how could that possibly be fair to an opponent? Henderson stole a record 1406 bases in his career, including 130 in the 1982 season alone, so they would have to put to good use the fact that attributes in Diamond Dynasty can now go over 100 to replicate the superhuman ability of some legends.

Would 185 speed and steal ratings seem too high? Or would that still not do justice to Henderson’s innate ability on the base-paths? Ideal card: 1982

Proof that MLB The Show still has some pretty big names that have not yet been included in the game, this trio of legends represents some of the greatest that have ever played the game.

Who wouldn’t want the chance to hit some homers with Hank Aaron, the man who hit more homers than anyone* (*anyone not on steroids)?

Or to chase down a fly ball in center and catch make a classic basket catch with Willie Mays to replicate his most famous grab? Or to play the game like a crazed madman and incite white-hot anger in opponents like Ty Cobb?