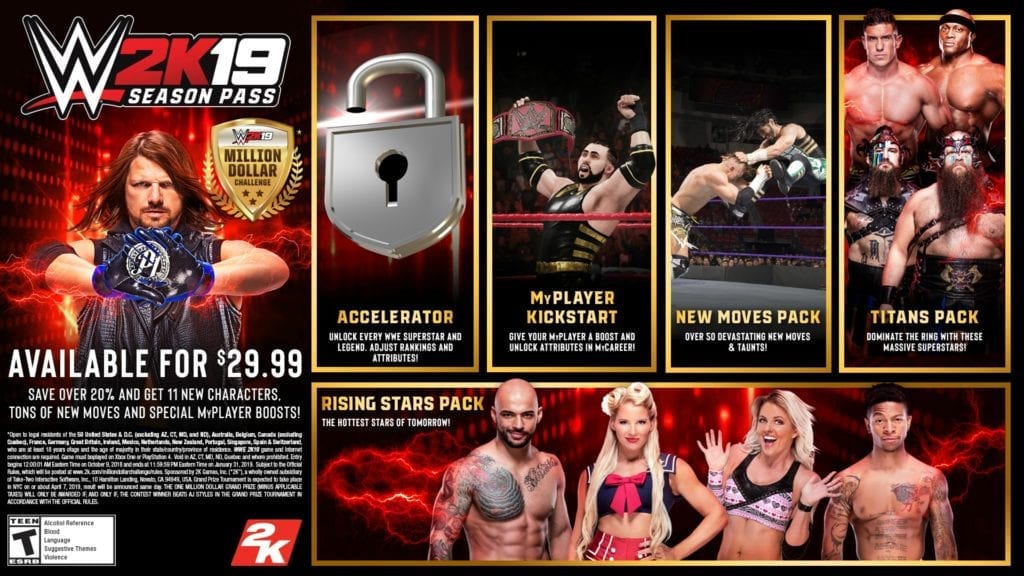 2K has announced their WWE 2K19 Season Pass and DLC details, which include playable WWE, NXT and 205 Live Superstars, including Bobby Lashley, EC3, Lio Rush and Ricochet; a large variety of new in-game moves; and access to both unlockable content and player progression features.

The individual DLC packages will begin releasing in late 2018, with some packages releasing in early 2019, for the PlayStation 4, Xbox One and PC.

Players may purchase select WWE 2K19 downloadable content at a reduced price point through the game’s Season Pass. For $29.99, a savings of more than 20 percent versus individual content purchases.