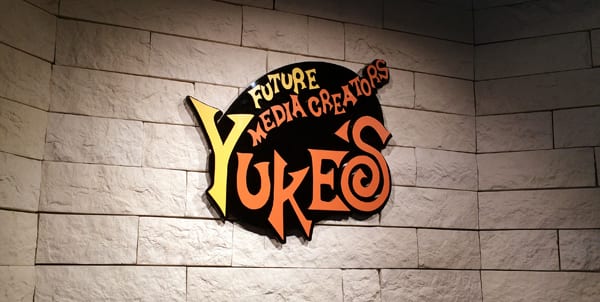 WWE 2K series developer Yuke’s has announced it is making an original IP wrestling game to compete internally with its own product, according to Andy Robinson over at Video Games Chronicle.

Yuke’s senior vice president and producer, Hiromi Furuta, spoke to VGC about the plans for the game and why this is something the studio has decided to do. Furuta talked about wanting to have internal competition to invigorate the staff. Furuta also mentioned that the Yuke’s team has become frustrated with the WWE 2K series because members have not been able to do what they believe they could achieve with the game. He also expressed belief they are being held back by 2K Sports and Visual Concepts.

This is what has lead to Yuke’s ultimate decision to take the wrestling video game genre to new heights and bring competition back into the fold.

“I think having no competitor isn’t healthy at all,” Furuta said. “When we had competitors in the wrestling space, we were determined not to lose and that was a great motivator for creating something great.

But right now, looking at the market demands, players are expecting something new every time we release a game and we feel like we haven’t achieved what we’ve really wanted to do. For example, in many cases we’re still using old assets and we’re not able to do some things in the way that we want to.”

Furuta wasn’t afraid to hold anything back as she would later add, “We are trying to launch a new wrestling game. Of course, we will retain the WWE team, but we are also aware that our creators are beginning to lose sight of their passion and confidence and becoming focused only on completing assigned tasks. That’s not the direction Yuke’s wants to go in. So, in order to compensate, we’re going to start a new wrestling project.”

This is particularly interesting to hear about claims of the team’s own developers starting to get complacent and lose passion for the job. Hopefully, this new project is something that can make both games improve at a faster pace than we are used to seeing in recent years.

This also makes me wonder why the WWE 2K series has not made a real attempt to move away from old assets and implement Yuke’s apparent better technology. Obviously, like all sports games today, the yearly cycle always plays a part in how much a development studio can get done. With this new game in the very early stages, it will have all the time it needs for Yuke’s to get it right in their eyes.

As far as licensing goes, Furuta did not mention anything about what promotions the game could have. One would think Yuke’s using rival promotions of WWE wouldn’t be something that WWE would be very happy about. It’s unknown whether or not there are license restrictions as to what Yuke’s could use in the game, but I really wouldn’t hold out for AEW or New Japan. If I had to guess, I would say the game might just feature generic wrestlers with a great creation suite like the WWE 2K games.

This certainly sounds like something most wrestling fans will welcome with open arms.