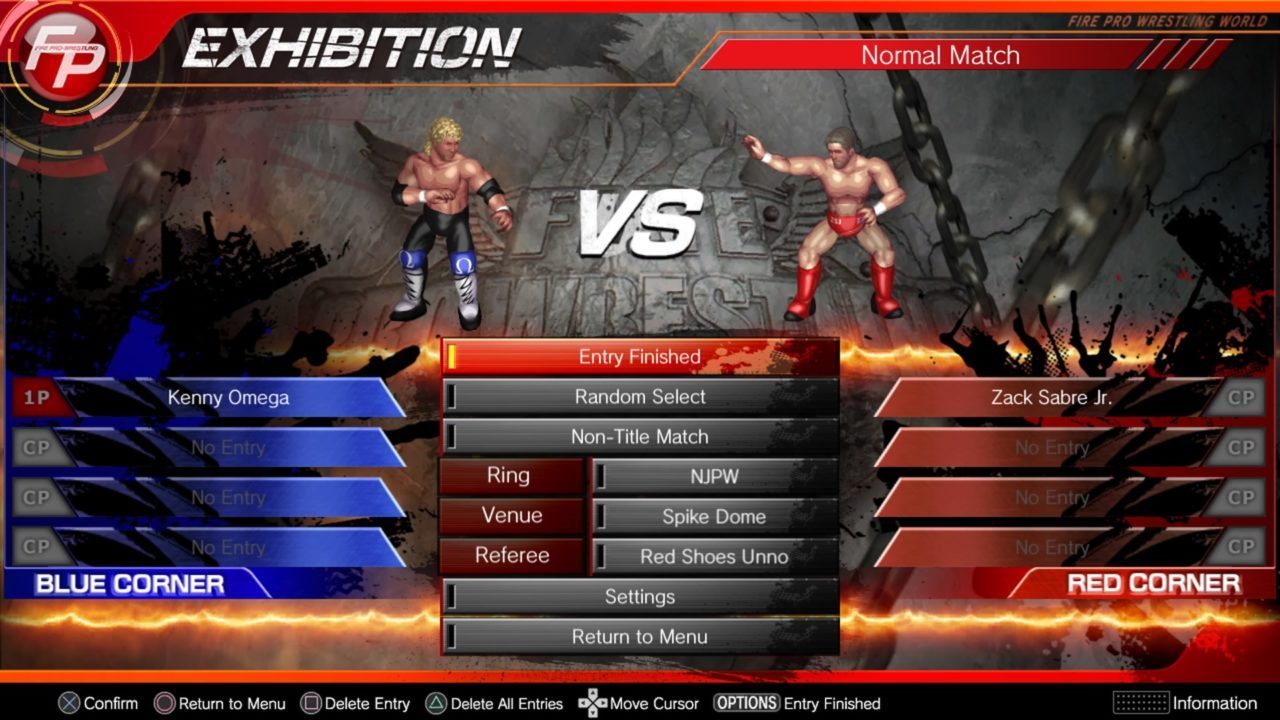 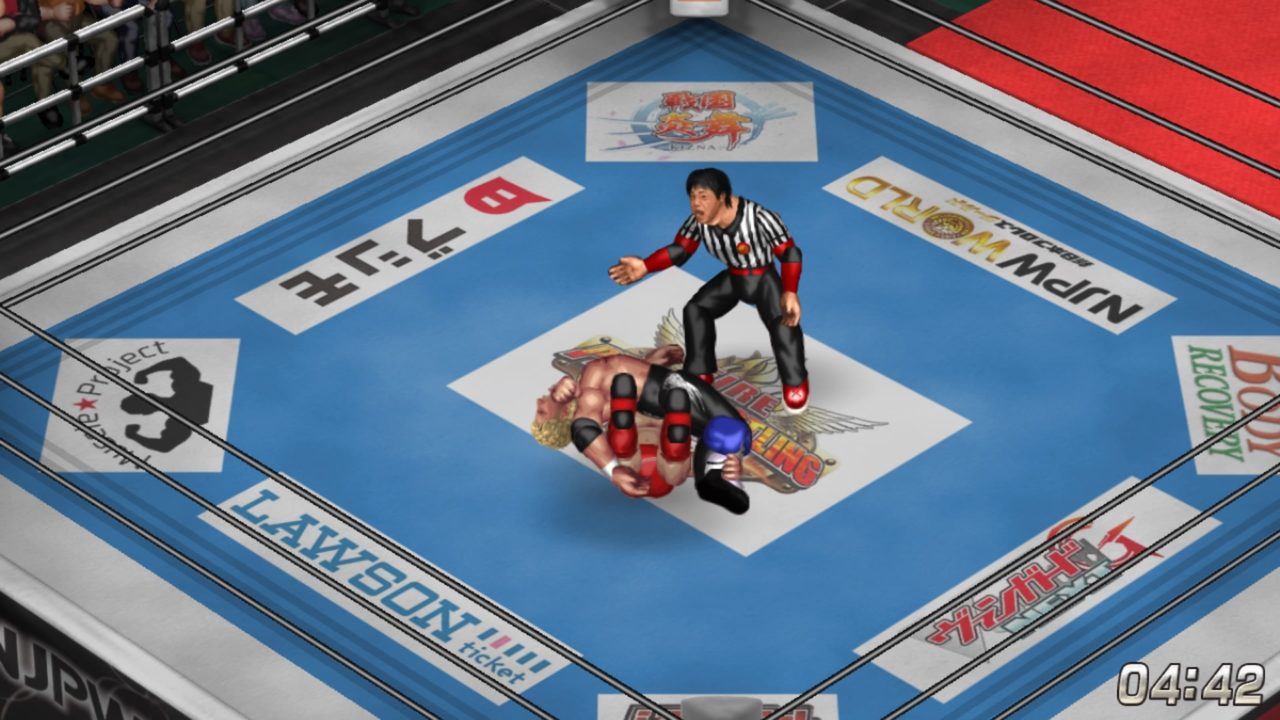 Fire Pro Wrestling World was released to the world back in July 2017, making this the fourth consecutive decade with a Fire Pro Wrestling release. FPW is one of those franchises where it seems only hardcore fans are aware of its existence, reminiscent of the Out of the Park Baseball franchise before MLB signed on to the project.

It’s a niche game for a niche sport, which makes it not at all surprising that the game has failed to catch on in North America the same way it has worldwide. And that’s a shame because it’s a very good game. It doesn’t have a cult following for no reason. It’s so good, in fact, that even if you are head over heels in love with the WWE 2K series, Fire Pro Wrestling World is such a completely different experience that there is room in your library for both games.

FPW’s lack of popularity has led to a common belief among both fans and non-fans of the series that FPW “isn’t for everyone.” I think that’s nonsense. Sure, if all you know is the 2K series and go into FPWW blind without any backstory, at first glance it can seem cartoony and limited compared to the current-gen polish of the 2K series. And sure, the gameplay can feel frustrating if you rush into your first match without first tackling the included tutorial mode.

But all that doesn’t mean that FPW isn’t for everyone. It absolutely is. But that just begs the question, what is the appeal of the Fire Pro Wrestling franchise? What does it do so well to earn the cult following it has earned? Why should I give it a shot if I already enjoy the 2K series?

The answer? It’s because the wrestling is so damn good.

At its core, what is a wrestling game? It’s essentially a match between two competitors where they strike, grapple and wrestle each other until someone is declared victorious. Everything else is bells and whistles. And while bells and whistles are important, they don’t really matter if the core gameplay is bad. With the 2K series, it can sometimes feel like the first focus is on the bells and whistles, and the wrestling is secondary. But with FPWW, it’s made abundantly clear that wrestling is the first priority. If you want an engaging first-person backstage experience or all the glitz and glamour of a WWE-produced wrestler entrance, you’re not going to find it here. But if you want an authentic in-ring wrestling game, then Fire Pro Wrestling World is for you.

That’s not to say that FPWW is perfect, because it isn’t. Some key features you’ve probably grown accustomed to are missing. The presentation overall is extremely sparse and the menu system can be clunky. And although there are some interesting match types included here, such as barbed wire and exploding death matches, there are also some frustrating omissions, such as triple threat and ladder matches. The graphics are, by design, not great when compared to current gen. This doesn’t look a whole lot different than the previous PS2 release, for example. The sound effects are on the same level of the graphics: fine for what they are, but a little campy. For the FPW cult, these aren’t necessarily bad things. They are, in fact, part of the game’s charm. But for new users, it might take some getting used to.

Once you start to play the game, and get used to the controls and nuances, you’ll start to see why this game has the following that it does. It’s just about wrestling. And the wrestling is good. The gameplay is simple enough, and it’s the main reason why I think this game should appeal to a broader audience. One of the four face buttons is to run or Irish whip your opponent, and the other three are strike and grappling moves, which can be modified with the directional pad. Grappling is initiated by walking into your opponent, which triggers a collar-and-elbow tie up and is completely timing based. 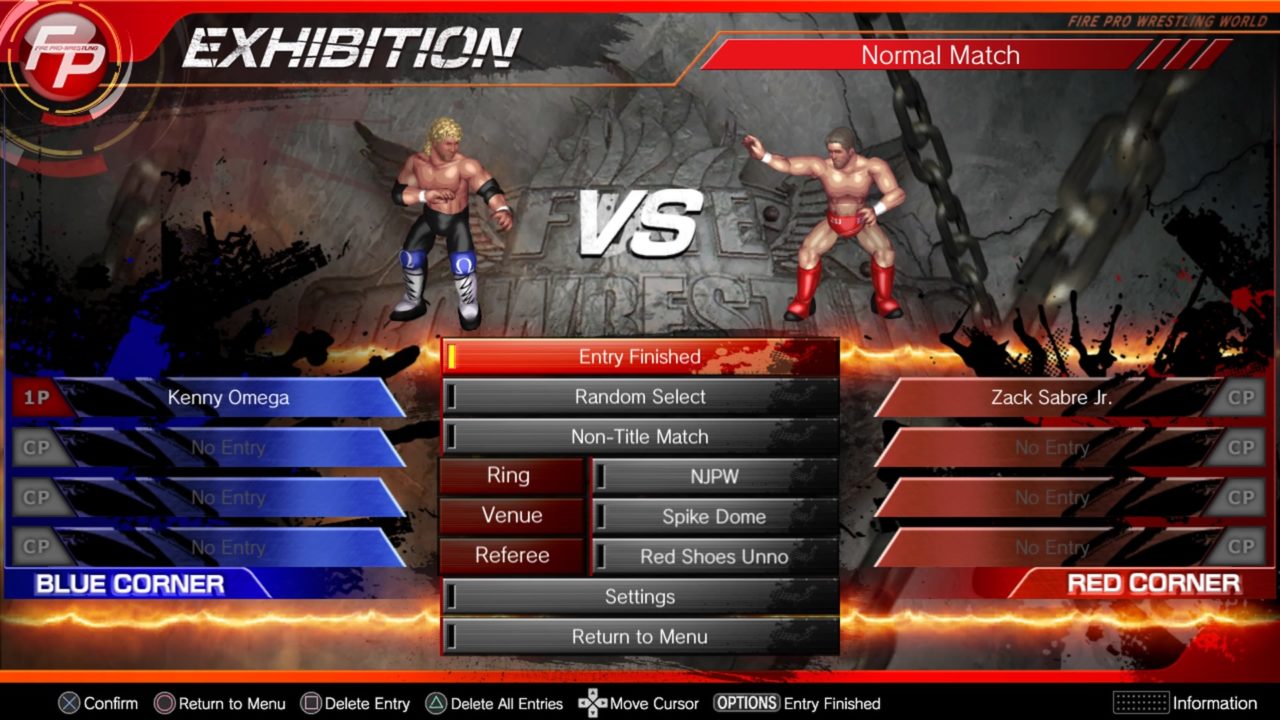 Those are the basics. You also get all of the usual suspects, like top rope moves, submission holds, and leaps over the top rope and onto the floor. But it’s the simplistic, no-frills approach to everything that really captures your attention. There are no big graphics that tell you when to try and escape a move or when your finisher is charged up. In fact, there is nothing on the main game screen other than a match timer and the “1-2-3” when a pinfall is attempted — not even a health meter or anything like that.

The goal is not just to win your match, but also to put on a good, competitive match. If you want to try and squash your opponent in a minute, be my guest. However, your match will be rated very poorly. So to get the most out of FPW, you’ll have the most fun when you have a back-and-forth match.

In theory, your strategy is very similar in every match. Start with the small moves as you build up to the bigger ones. The three grapple buttons represent a light, medium and strong moves. If you start the match with trying to hit some high-impact strong moves, your opponent will humble you quickly. The point is to start slow and work your way up to the big moves. This is when things get interesting as you trade moves and pinfall attempts with your opponent as the crowd livens up. Once you have your first great match, where you have a few 2.9 near falls before nailing your finisher and finally getting the three count, you’ll be hooked.

All of this may sound simple, but there is a learning curve. Luckily, you can set your opponent difficulty from 1 all the way to 10, so the game lets you learn at your own pace. Once you find your difficulty sweet spot, you’ll find yourself consistently having really fun, competitive matches.

The game comes with some members of the NJPW roster along with some characters that FPW created. But the real treat comes from the online community of created wrestlers. The best way to access this is via web browser where you can sign in and subscribe to however many wrestlers (or ring textures) you like. Once you boot up the game, these wrestlers are waiting for you to assign them to a promotion so you can use them in game.

The website can be very overwhelming as it isn’t organized or laid out the best, and there are thousands and thousands of creations available. But if you have patience and an attention to detail, you can create a wrestling world that resembles everything from the 1980s all the way up to present day. Just search YouTube for videos of people who have re-created everything form the 1980s WWF arcade games to Marvel super heroes fighting it out in the squared circle. The possibilities seem to be endless.

This game has so much content that I haven’t even begun to discover it all. There is a story mode as well as a round-robin-style league mode, in addition to DLC content where you get to play the role of a promoter. But even if you set that all aside and just focus on the wrestling itself, this game has more than enough to satisfy. If you haven’t yet tried Fire Pro Wrestling World, you’re missing out on one of — if not the greatest — wrestling games of this console generation.