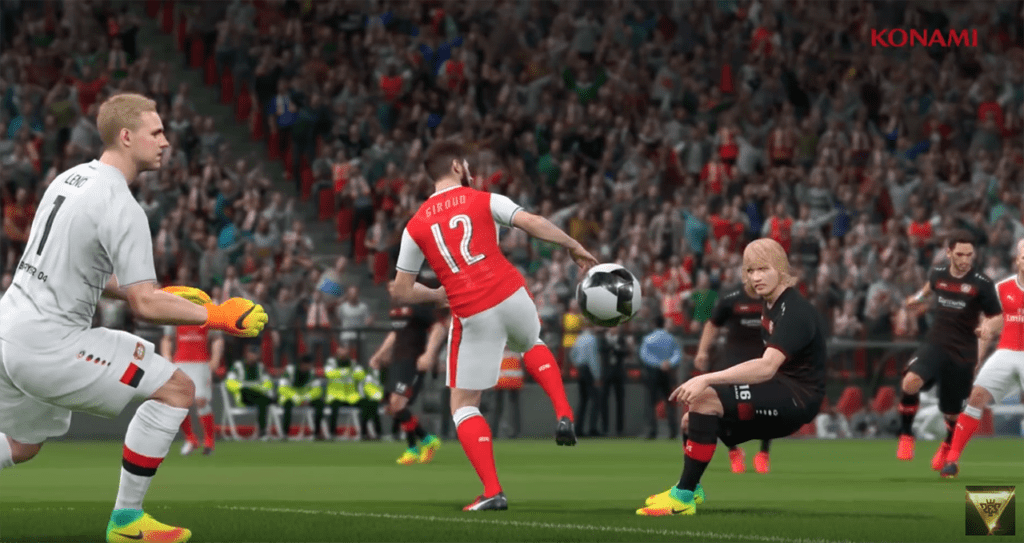 It’s no secret that the debate between FIFA and Pro Evolution Soccer (PES) usually starts and ends with licenses. With Konami and EA Sports in a race to secure as many licenses as possible, sometimes every gamer suffers in the long run. Thankfully, the PES community is a dedicated bunch set on providing gamers with the most authentic experience possible given the constraints of the system (in this case we’re solely talking about the PS4).

Living in the era of ever-shortened attention spans, the ability of PES to be edited does wonders to keep the game fresh. With nearly every league, club and player editable, PES option file makers have the ability to work wonders when it comes to kits (current and retro), team tactics, and even the replication of classic teams (Arsenal’s “Invincibles”) and/or classic leagues. Lastly, the ability to make offline changes in “edit mode” and have them carry over into your Master League is a subtle benefit that prevents Master League players from dealing with inevitable restarts that often plague FIFA.

Without the constraints associated with waiting for patches, PES option file creators can produce their magic in real-time, reflecting the latest lineups and tactics from this past weekend’s action. While large scale art projects like new stadiums requires developer patches, adjusting variables like team tactics, player attribute edits and equipment can be created, adjusted and downloaded instantaneously. As the sports genre slowly moves towards authenticity, this benefit cannot be understated. For example, Chelsea Football Club switched their formation from 4 in the back to 3 in the back a month or so into the season. In FIFA, a restart of your career mode would be necessary in order to reflect this change, while in PES 2017 it’s as simple as going into edit mode and adjusting the formation/tactics before jumping back into Master League to see your changes reflected.

There’s something special about sitting down in front of your TV with your laptop open and getting to work on editing the game. This “personal touch” connects players with PES. With tutorials and dedicated individuals (many of them on OS), there’s never a shortage of answers to help PES newbies get their game up and running with complete option files. As the process to download and install option files becomes easier, tailoring the game takes minutes instead of hours.

Unfortunately, the battle for licenses isn’t going anywhere. Thankfully, the PES community is one of the most dedicated global groups out there. Their commitment to making sure PES die-hards have the most authentic experience possible breathes life into a franchise that would probably not survive off gameplay alone. If you’re on the fence about purchasing PES 2017 because of a lack of licenses, head over to the PS4 Option File Thread for PES 2017 and give this year’s game a try with the excellent work done by creative people around the globe.

Do the lack of licenses in PES push you towards FIFA or are you willing to take on a little bit of editing to get maximum enjoyment from the game?