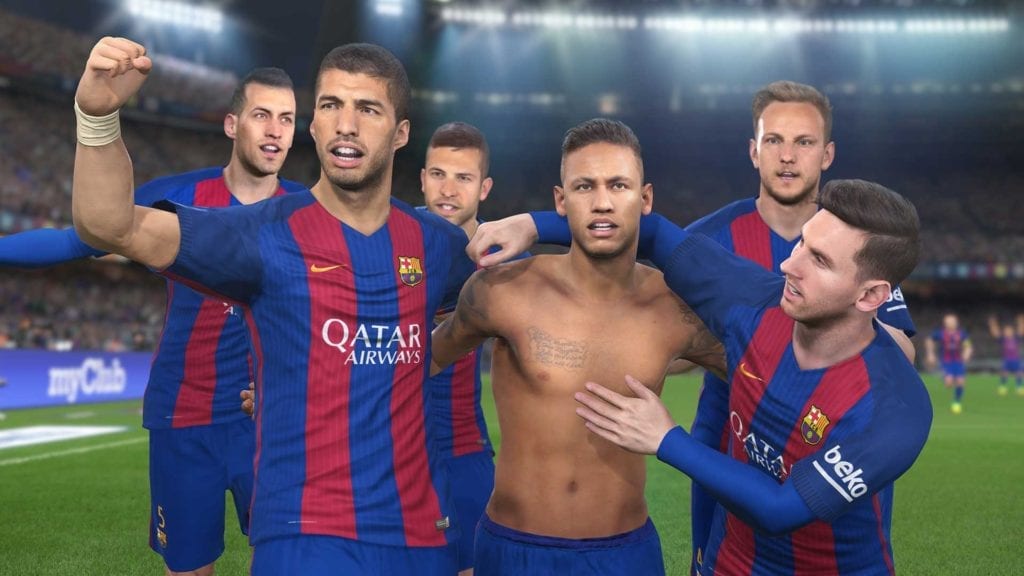 It’s no secret that PES 2017 was released to great acclaim this year, building upon previous iterations to provide a soccer simulation that not only rivaled its biggest competitor, but arguably surpassed it.

If you’ve been following PES’ progression in recent years, you’ll know the markings have been on the wall for years now. The introduction of the Fox engine marked an upward turn in fortunes for the series, and although its sales figures might still be dwindling in certain parts of the world, it’s finally being taken seriously by fans of the sport once more.

I’m going to use this year-end opportunity to discuss why PES 2017 is such a dramatic improvement over its predecessor. Like others, I came into 2016 with only a moderate interest in rekindling my love affair with the PES series, but I’m coming out of it with an intense appreciation for the latest release. Here’s what PES 2017 got particularly right this year.

For the most part, PES 2017‘s goalkeepers are outstanding. It’s true they struggle when rushing out to the ball, but in almost any other scenario, their actions mirror a realistic approach. Most importantly, it’s easy to feel confident in a goalkeeper’s ability to make crucial saves, even in quick-fire succession. The difference in quality between this year’s goalkeepers and last year’s is monumentally vast, and it’s an overhaul the the PES series was desperately crying out for.

Many of us at Operation Sports enjoy investing our time in franchise modes, and Master League is that mode of choice in PES 2017. While it actually suffers in a handful of ways behind the scenes, its compelling nature is adopted from the new Adaptive AI gameplay feature of this year’s edition. Now, teams intelligently adapt their tactics to suit their needs in the midst of a game. It’s not only noticeable, but there’s such variation to this system that you’re also forced to adapt in the process, replicating the tactical chess game that is a 90-minute soccer match.

The introduction of the Fox engine back in late 2013 wasn’t met with universal praise by all. While many fans recognized the significant improvement it added to the series, criticisms regarding reaction times and a lack of fluidity also followed. At times, PES began to feel more like a scripted sequence of events than an accurate representation of soccer. Last year rectified this issue to a great degree, but this year, the effects are even more substantial. Now, the rigid nature of previous iterations has largely disappeared, with improvements being made to passing, player reactions and contextual animations.

The switch from last-gen to current-gen caused all sorts of problems for a wide variety of sports series. PES was no different, eliminating the ability to download kits, team names and other cosmetic aspects with ease. This was a major issue for some, particularly due to the series’ infamous lack of official licensing. While last year took steps to eliminate this issue with image importing, PES 2017 makes it much easier to share and import creators’ option files. This feature only exists on PS4 and PC as of now, and we’re hopeful it won’t stay that way for long.

Of course, PES 2017 doesn’t get everything right. It’s still got a long way to go in terms of presentation, and even the action on the pitch isn’t perfect, with aspects like player switching causing occasional issues. But, it can’t be denied that a significant improvement has been made over the course of 12 months, and whether you’re an avid soccer fan or a casual supporter, you should be excited if PES 2017 makes its way into your (oddly shaped) Christmas stocking this year.