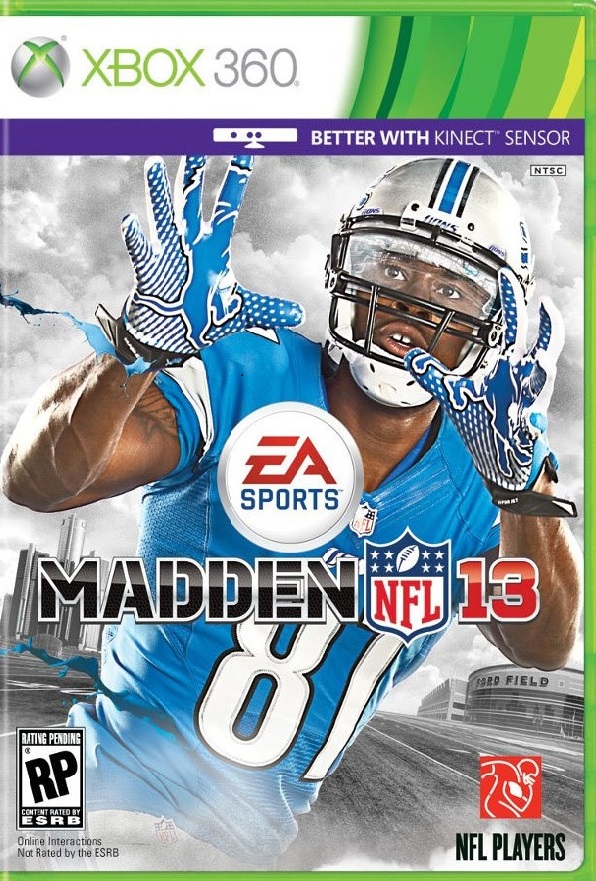 In Part 1 of this article, I looked at the 11 guys who could have been on the cover of Madden in the first decade of this millennium. Here I look at a handful of other guys who had the recognition and performance to be on the cover of the Madden games since 2010 in our what-if Madden cover universe. 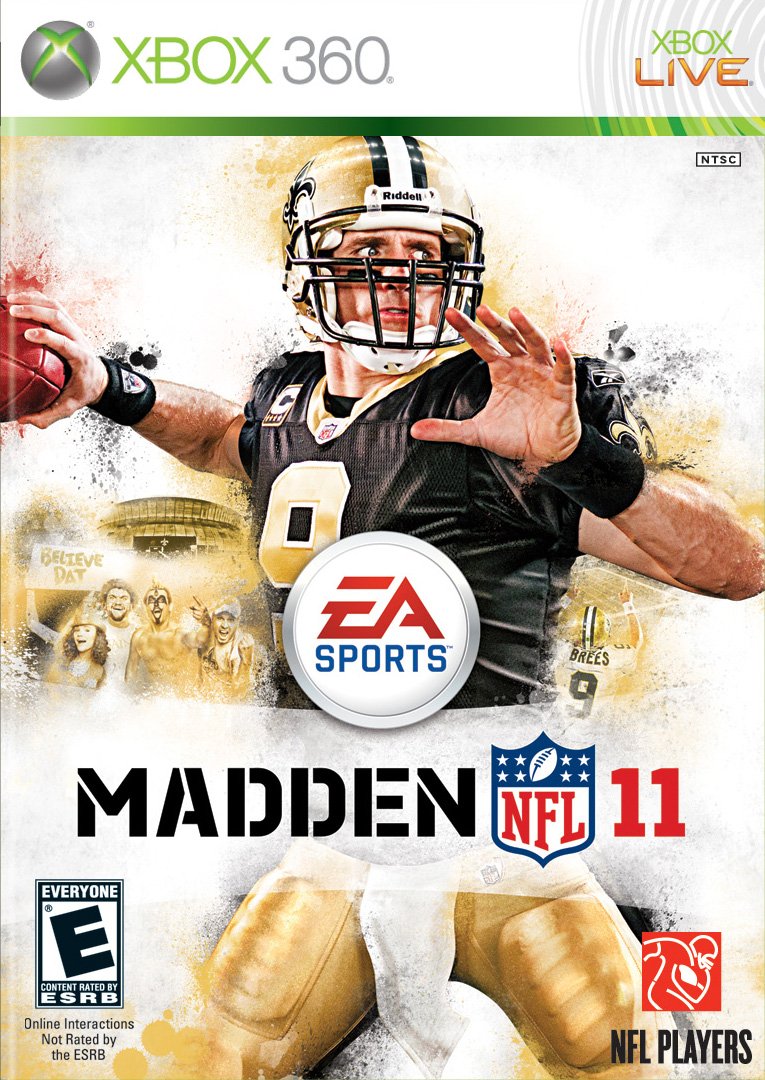 Brees earned this cover by leading the Saints to a Super Bowl victory earlier in the year. He also led the NFL in passing touchdowns and finished sixth in yards. Replacing a quarterback with another doesn’t pan out for this cover. Do you know who led the NFL in passing yard in 2009? Matt Schaub. Maybe Madden could have made the game improvements all about defense this year and put Jay Cutler and his 26 interceptions on the cover.

In all honesty, this was one of the easier covers. Chris Johnson finished the season with 2,006 rushing yards, almost 600 more than anyone else. CJ2K’s season remains one of only seven of its kind.

Would the cover have cursed this guy, too? No. 2009 was only his second season in the NFL, so he’d still have father time on his side. In his third season, he’d finish fourth in the league in rushing yards. He’d follow up his 2,000-yard campaign with four more 1,000-yard seasons. 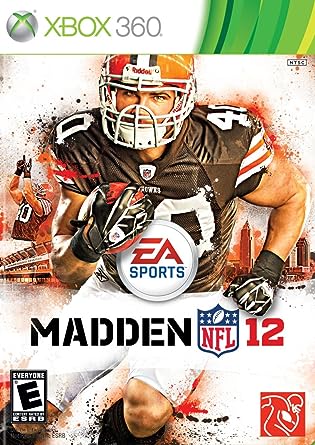 I opted against holding a vote for the cover here as my reach doesn’t quite add up to the almost 13 million votes cast in 2011 that resulted in maybe the strangest Madden cover ever. I tried to take it a little more seriously than those who voted for Peyton Hillis.

A few wide receivers could have ended up on this cover. Dwayne Bowe, Roddy White and Greg Jennings (and his broken leg) all put up good seasons. Jamaal Charles and Rashard Mendenhall both had good rushing totals. But Arian Foster had a breakout year, leading the league in both rushing yards and touchdowns.

Would the cover have cursed this guy, too? No. Foster would still finish in the top five in rushing yards in his cover season. He’d eventually become an injury magnet, but that happened long enough after the 2011 season that we couldn’t blame the curse.

Maurice Jones-Drew, Michael Turner, LeSean McCoy, and (ugh) Ray Rice were at the top of rushing leaderboards in 2011. Jimmy Graham and Jordy Nelson seemed like good candidates. Matthew Stafford and Philip Rivers also had some of their best seasons. On the non-offensive side of the ball, Jared Allen had 22 sacks while some rookie named Patrick Peterson returned four punts for touchdowns.

But Aaron Rodgers was coming off of an MVP award and was a year removed from a Super Bowl win. This was also about the time he started his long line of State Farm commercial appearances. To be honest, he seems like a better candidate than Calvin Johnson.

Would the cover have cursed this guy, too? Nope. Rodgers’s stats were pretty close to the season before and the Packers still made the playoffs.

Since the arrival of a new console generation resulted in multiple cover athletes, I opted for the same here.

For the “old” consoles, I’ll go for a retired player. But like in real life, it’ll be the same position as the next-gen cover. There were a few exciting defensive players in 2012. Charles Tillman returned three interceptions for touchdowns and forced 10 fumbles. J.J. Watt had 20-plus sacks. Patrick Peterson was just as exciting as the year before.

On the offensive side of the ball, we have the actual cover athlete Adrian Peterson coming off of the second-greatest single-season performance in terms of rushing yards. Marshawn Lynch, Doug Martin and Alfred Morris also had superb seasons. The usual quarterback suspects appeared again. Andrew Luck would have been a very interesting choice. While he didn’t wow everyone with his rookie year, he still finished in the top 10 in passing yards and was the number one pick in the NFL Draft. He was also expected to take over for Peyton Manning and lead a new generation of Colts teams, much like the new generation of gaming consoles. The nauseating marketing speak here is too easy to pass up.

With Luck being a quarterback, it’d make the most sense to bring in a quarterback legend for the PS3/Xbox 360 covers. My first thought was John Elway, but that could be weird seeing that the guy Luck replaced in Indy, Peyton Manning, left for Denver, John Elway’s old team. To tie the whole Indiana thing together, I chose former Notre Dame quarterback Joe Montana. Montana is always in the conversation for not only the greatest quarterback of all-time but the greatest spokesman for Skechers Shape-Ups.

Would the cover have cursed this guy, too? Not really. Luck would cut his interception total in half in 2013, then lead the league in touchdowns the next year. He would end up getting hurt in 2015 and eventually retire much earlier than expected (much like the real-life cover athlete Barry Sanders).

As for Montana, the answer is also no because, well, he was retired. Neither Peyton Manning nor Tom Brady won the Super Bowl, so they couldn’t further make their cases to dethrone Montana as the greatest quarterback of all-time. And neither of them appeared in any Skechers commercials either. 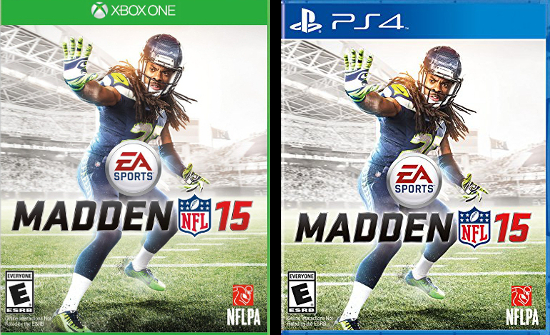 I decided to stick with a defensive player here as well. While Watt’s sack and tackles for loss numbers were essentially cut in half, his tackle numbers remained the same, and he was a first-team All-Pro.

Rivers and Stafford again just threw the ball as much and as far as they could. Marshawn Lynch, LeSean McCoy, Jamaal Charles and Matt Forte all appeared to be good running back options. Demaryius Thomas was likely the best wide receiver candidate.

Would the cover have cursed this guy, too? No. Watt would lead the NFL again in tackles for loss and matched his career high in sacks. He would not only score his first touchdown defensively but added three touchdown receptions, too. 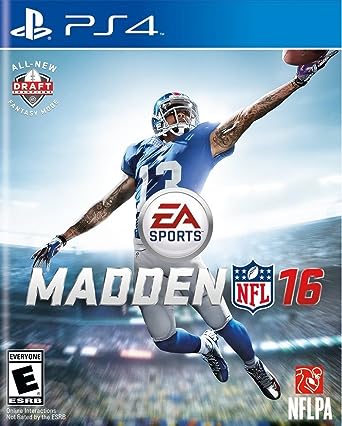 Throughout the NFL, DeMarco Murray, Dez Bryant, Le’Veon Bell and Ben Roethlisberger could have made cases to be on the cover. All were at, or near, the top of different statistical leaderboards.

I chose Wilson as he was coming off of back-to-back Super Bowl appearances, although he was also coming off of a poorly timed (and poorly play-called) goal-line interception in the closing stages of his most recent Super Bowl. In terms of Seahawks, Marshawn Lynch would have been a good candidate again, as would the entire Seattle secondary: the Legion of Boom. If he hadn’t appeared on the cover the year before, a holographic image of Richard Sherman’s sideline reaction to the Wilson interception would have also been acceptable.

Would the cover have cursed this guy, too? No. While the Seahawks wouldn’t make three straight Super Bowls, Wilson would set career-high marks in passing yards and passing touchdowns. Julio Jones and DeAndre Hopkins were two of the best receivers in 2015. Todd Gurley had a great rookie season, too. Khalil Mack and Aaron Donald established themselves as two of the best defensive players in the game.

But I don’t think there’s anyone who could have been a better candidate to grace the Madden 17 cover than Cam Newton. He was the reigning league MVP and was coming off of a Super Bowl loss, which, as we learned in Part 1, is something EA does on a significant basis. He was one of the biggest names in the game that year and made for a rather easy choice.

Would the cover have cursed this guy, too? I’d say yes. Cam’s numbers fell in the 2016 season. Both his rushing yards and rushing touchdown totals were cut in half. His passing touchdown total dropped from 35 to 19, while his interceptions increased from 10 to 14. The Panthers went from 15-1 to 6-8 with Cam at the helm. 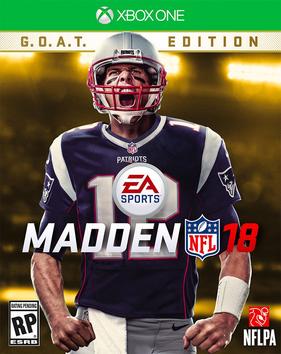 Elliott burst onto the scene in 2016. Running backs were being drafted later and later in the draft, but the Cowboys took Zeke at fifth overall and he got off to a great start. He led the league in rushing yards, ranking third in rushing touchdowns.

The two other biggest candidates here would have been Matt Ryan and Julio Jones. But given the Falcons’ recent Super Bowl embarrassment and the inevitable social media commentary that would follow, I think the Madden team would have stayed away from the Atlanta Falcons for this year.

Would the cover have cursed this guy, too? Yes. Elliott was handed a six-game suspension for domestic violence. This would have put the EA team in a weird spot. In a weird twist, I think they update the cover at the last minute. Instead of Elliott, I think they would have just put John Madden on the cover. 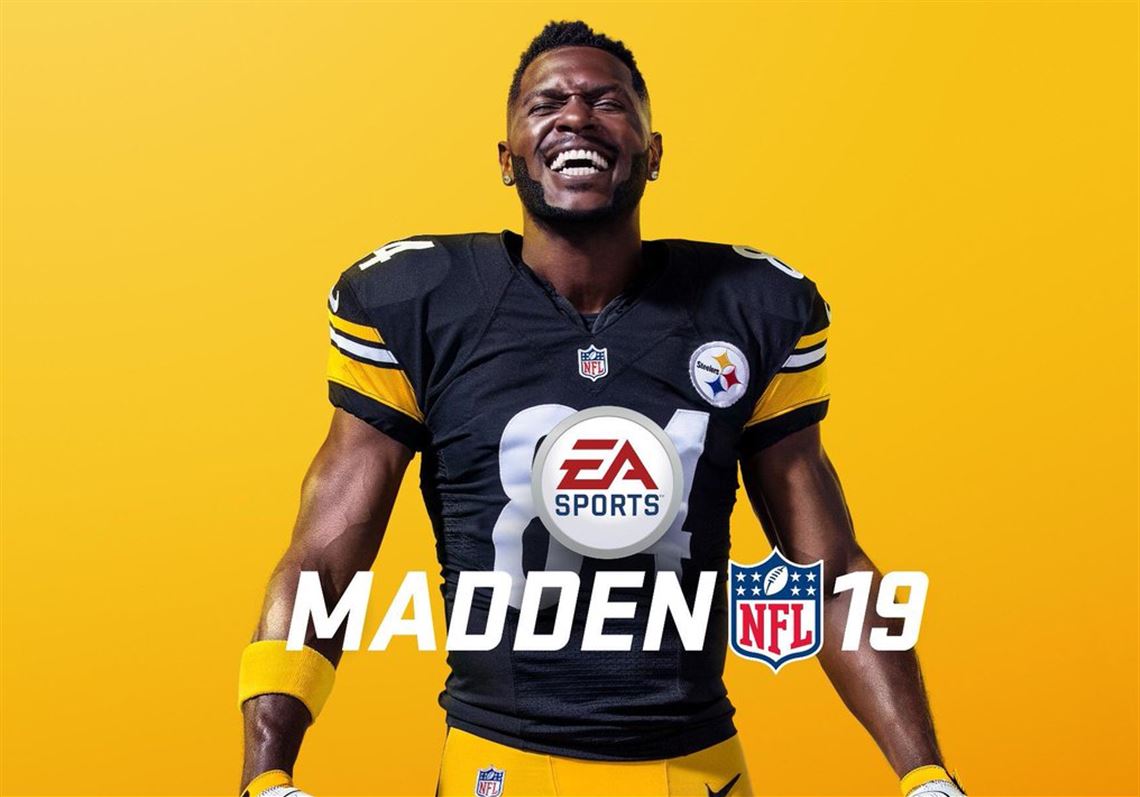 Nick Foles could have been an interesting choice here after leading the Eagles to a Super Bowl victory. Davante Adams and DeAndre Hopkins were once again two of the top receivers. Kareem Hunt, Le’Veon Bell and Mark Ingram all had big years as well.

Todd Gurley was my alternate choice here. He led the NFL in rushing yards and was 22 yards short of the yardage lead. He was ranked the number one player in a lot of fantasy football leagues going into the season.

But no cover would have looked cooler than Stefon Diggs, arms stretched, after crossing the goal line in the Minneapolis Miracle. Diggs had a few good seasons at that point, but this play put him on the map.

Would the cover have cursed this guy, too? No. Diggs would set career highs in receptions, yards and touchdowns.

There’s no more deserving player than Mahomes to be on the Madden 20 cover. But since we’re looking for replacements, I found a few. The usual receivers appear again here: Jones, Hopkins and Adams. You could add Mike Evans and Tyreek Hill to that list. Todd Gurley led the league in rushing touchdowns again while helping the Rams reach the Super Bowl.

I think Aaron Donald would have been a worthy cover recipient. Donald led the NFL in sacks and tackles for loss. He was named first-team All-Pro for the fourth straight year.

Would the cover have cursed this guy, too? No. While the Rams would miss the playoffs, you couldn’t place any blame on Aaron Donald. His numbers dipped slightly but he was again named first-team All-Pro. 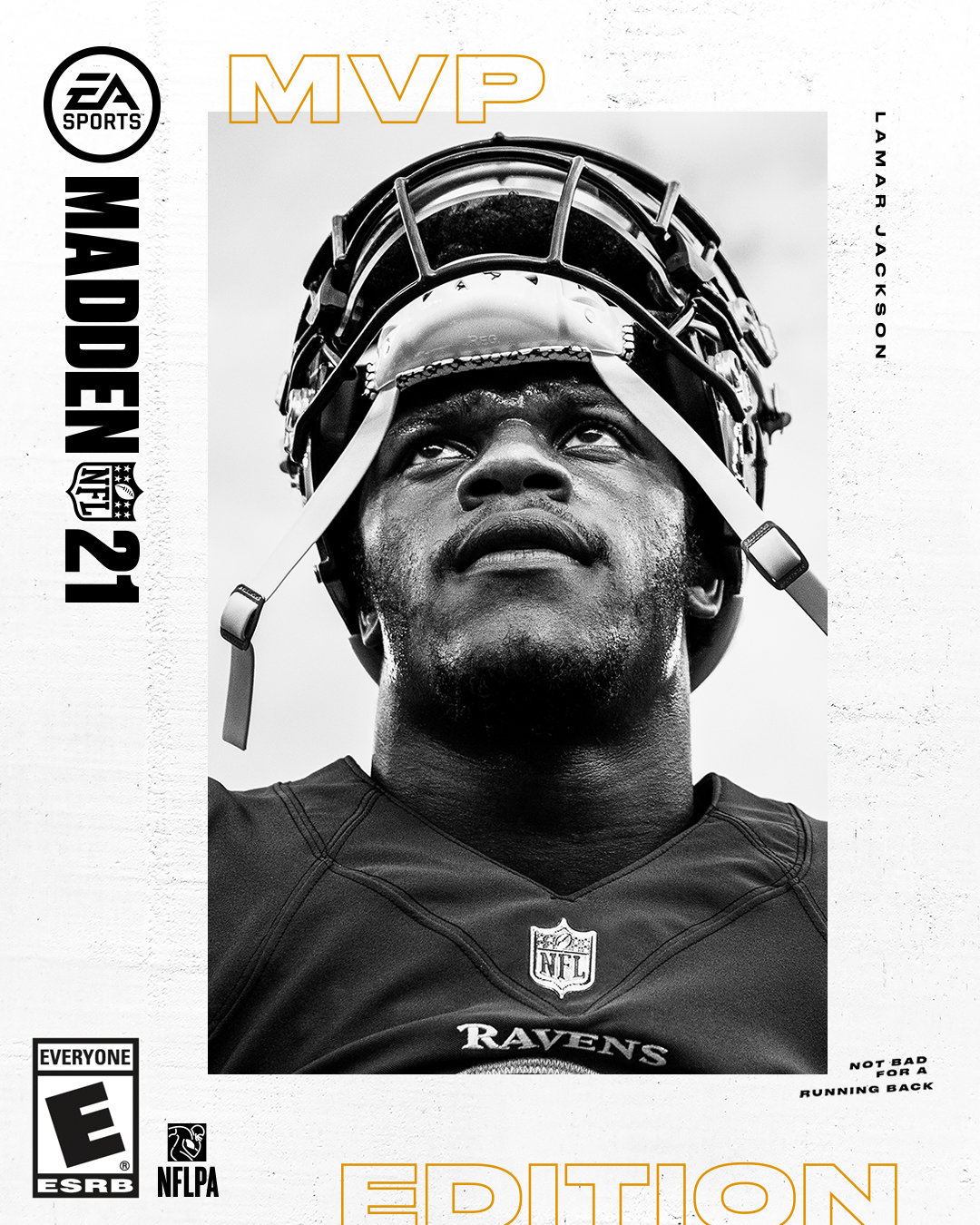 Lamar Jackson was the best choice, but we’re looking at options so either Jimmy Garoppolo or Dak Prescott could have been our current cover athlete. Travis Kelce certainly has a personality, and the game to back it up, similar to real-life Madden 17 cover athlete Rob Gronkowski. Derrick Henry and Michael Thomas would also be great options.

However, Christian McCaffrey had a season for the ages last year. He finished third in rushing touchdowns, third in rushing yards and second in receptions. He’s one of the most exciting players in the game today.

Would the cover have cursed this guy, too? Time will tell, although a canceled season might count.

You can choose not to believe me, but I decided to add the “would this guy have been cursed, too” part after I wrote the whole article, so it was funny to see that a few guys would not have escaped their season unscathed by the Madden Curse. But at least they’d have something to blame their poor seasons on. I’ll hold hope that both EA Sports and myself haven’t cursed Lamar Jackson and Christian McCaffrey.