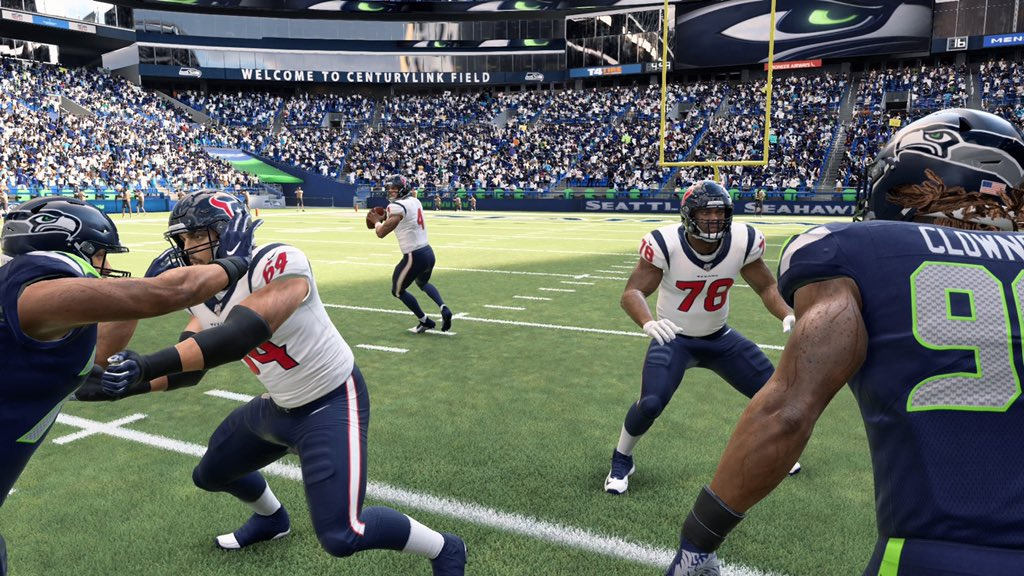 Over the last week, lots of significant roster moves have been made that will have a lasting effect on Madden 20. And while some teams spent time whittling their roster down to 53, other NFL franchises were making moves that would alter the foundation of the league as we know it. Not every trade was a blockbuster, and there were plenty of moving pieces that will play a critical role in Madden’s next roster update (sup, Antonio Brown?).

Let’s take a look at four recent roster moves that will have a game-changing impact in Madden 20 for Week 1. (Again, sup AB, but you need to wait for Week 2.)

No one expected the Colts’ franchise quarterback to call it quits days before the start of the regular season. Nevertheless, the move will significantly impact Indianapolis’ future on Sundays, in addition to Madden.

The obvious winner from all of this is Jacoby Brissett, whose 71 overall rating is nearly 20 points lower than Luck’s was at the game’s original release. And although he possesses some pretty solid passing attributes (91 THP, 83 SAC, 77 MAC, DAC 81), he has big shoes to fill. However, Indianapolis believes that he’s good enough to lead the team to the playoffs, which led to a contract extension prior to the 2019 season.

No one knows whether or not Andrew Luck will ever make his triumphant return to the gridiron, but for now, it appears the Colts will be heading into the 2019 season with all of their aspirations on the right arm of Jacoby Brissett.

For days, rumors were swirling that the Dolphins were interested in Seahawks’ pass-rusher Jadeveon Clowney. Unfortunately for Miami, Clowney refused to sign off on a trade to sunny South Beach. He later fired his agent and in the process and began searching for a playoff team in need of his services. The Seahawks had strong interest and appeared to check every box for the elite pass rusher. After all, Seattle was a team already loaded with talent, and it appeared Clowney might be the missing piece to help ignite a defense with Super Bowl aspirations.

In Madden, Clowney’s 92 overall rating and elite attributes (89 block shedding, 81 finesse move and 89 power move) will add a dynamic player off the edge. And in a year where EA has completely revamped the defensive line play, Seattle should be as unstoppable as any soon after the Week 1 roster update is released. If you’re playing Connected Franchise Mode, lock Clowney up sooner rather than later. Seattle will do the same after the 2019 season concludes.

Shortly after the Texans traded Clowney to Seattle, they resumed trade talks with the lowly Dolphins. And although it was obvious Houston’s preference was to move their disgruntled pass rusher to Miami, Clowney refused to agree to terms. This forced the Texans’ hand, and if they still wanted to land the Dolphins 25-year-old left tackle, they would have to overpay handsomely. That’s exactly what they did.

Tunsil is one of Madden’s top tackles (84 overall) and is equipped with a run block power rating of  77 and a pass blocking rating of 87. This should make life for Deshaun Watson much easier, and help Carlos Hyde and Duke Johnson in the running game. There’s very few positions on the offensive line deserving of this type of haul. Bill O’Brien and the Texans’ organization believed Tunsil fit the bill.

In the trade, Houston also received explosive wide receiver Kenny Stills. Stills, 84 overall, adds another playmaker to Houston’s high-octane offense. His 92 speed opposite of DeAndre Hopkins and Will Fuller should cause nightmares for opposing defenses.

By many reports, Damien Williams is the Chiefs’ starting RB heading into their Week 1 matchup versus Jacksonville. But for how long has yet to be determined. After all, the AFC West champions signed a veteran RB that has familiarity with head coach Andy Reid. And although he continues to get older with each passing day, his skill set is perfect for Madden.

McCoy’s 82 overall rating and 89 speed make him an impact player on a team loaded with talent. And in addition to his speed, McCoy possesses a 90 juke move and an 86 spin move, making it nearly impossible for him to be tackled in the open field. This move may not have been plastered all over your favorite sports website, but on the virtual gridiron Shady McCoy is going to have a big impact in Madden 20.

Which recent roster move are you most excited for in Madden 20?