From April 25 through April 27, the NFL will see roughly 250 new faces get drafted into the league. Of that group, several will make an immediate impact for their respective teams. A few will be expected, but there will undoubtedly be some later round picks to grab headlines. Let’s dissect a few names from the bundle of talent who will stick out from day one on the gridiron in Madden NFL 19.

We would be remiss if we did to start with Bosa, a standout edge rusher from Ohio State. The younger brother of Los Angeles Chargers defensive end Joey Bosa, Nick brings a similar box of skills to the table. An elite edge rusher and effective run stopper, Bosa has all the moves, both power and finesse, to be noticed from day one. Bosa utilizes both a power rush and finesse swim move to create chaos in the backfield both for a passer or running back.

Bosa has a very probable chance of being the top pick in this year’s draft. Durability may be the sole reason a team passes on the star Buckeye, having missed almost half of the 2018 campaign due to core-muscle surgery.

The Arizona Cardinals hold the first pick in this year’s draft and Bosa should the headliner. A defense with Chandler Jones, Robert Nkemdiche and Bosa would certainly make pocket passers worry about the idea of holding the ball too long.

Wilkins has enjoyed quite an illustrious collegiate career. A two-time National Champion, Wilkins stands at 315 pounds but moves like a rabbit. Wilkins possesses some of the best lateral agility of any defensive lineman in this year’s class and utilizes finesse to get to the quarterback.

Wilkins probably doesn’t have the top-end speed to play defensive end, but his size and agility should allow him to carve out a career like that of Fletcher Cox on the interior. Almost certainly a first-round pick, Wilkins could be utilized by a plethora of teams in 2019 and should make an immediate impact, especially on third and long.

“Hollywood” Brown is this year’s version of John Ross, but without the durability concerns. Brown can make highlight-reel plays like nobody else in this year’s class, both on the deep ball and after the catch. Another likely first-round pick, Brown might just be the next DeSean Jackson the NFL needs.

Envisioning “Hollywood” running deep post routes over the top of the defense likely has Madden users salivating, surely hoping he lands on a team with an established quarterback who can get the ball down field. It’s pretty exciting to imagine Aaron Rodgers chucking a ball over the defense’s head for yet another 70-yard touchdown, this time for Boomer Sooner pay dirt.

At 5-foot-10 and 168 pounds, Brown could be in for a punishing introduction to the NFL, but provided he’s selected by a team that knows how to utilize him, he’s a star in the making.

So here’s the deal, scrambling quarterbacks are not what they once were in Madden. Murray’s speed will certainly play, but for the most part, an elusive running quarterback won’t win games by himself anymore. But here’s where Murray differs from most quarterbacks — the kid can straight sling it. 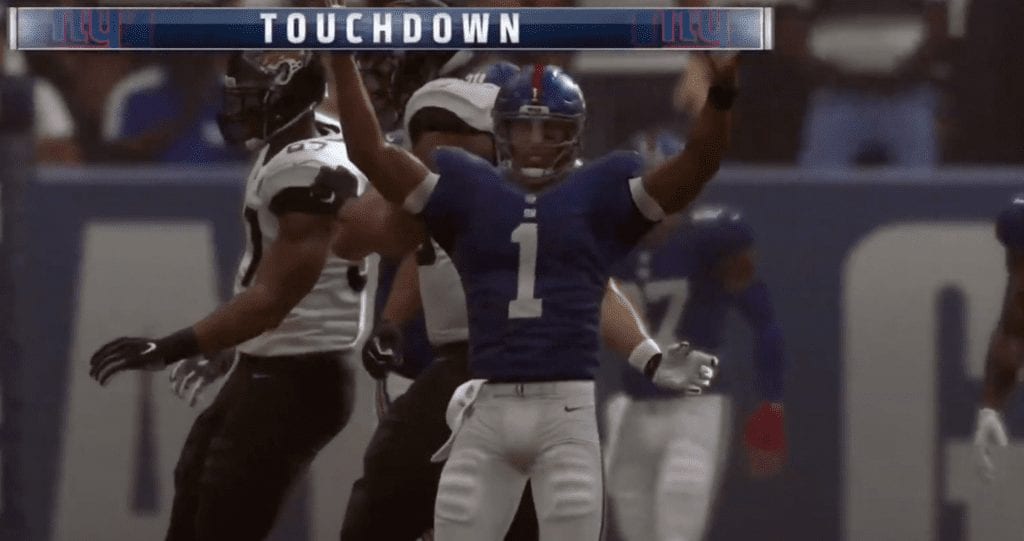 Murray throws quite possibly the best deep ball in this year’s class. His ability to keep a play alive allows him to continue to scan downfield and use his legs to eat up chunks of yardage. Murray will almost certainly come in with a lower Awareness rating than most “polished” pocket quarterbacks drafted this year, but when it comes to online head-to-head gameplay, he’ll likely be a fan favorite.

There’s no fun in previewing 2019 without selecting a couple later round selections destined to make immediate impacts. For my money, Cyclone wideout Hakeem Butler is going to step into an organization’s doors and blow some socks off.

At 6-foot-6 and 225 pounds, Butler is an absolute headache for defensive backs. As if that wasn’t tough enough, the kid can jump out of the building and has had the appetite for some of the more sensational catches seen in college football in 2018. There’s no such thing as a 50-50 ball for Butler. The ball is his. End of story.

Butler will be a monster in the red zone. He’s fantastic at making plays on the ball and high-pointing it in the corner. He’s a perfect fit for a vertical offense. His average route-running ability will likely drop him into third-round range. Butler also isn’t the fastest or quickest receiver in the draft, but the length of his strides help lessen that impact at times.

There’s a special place in the NFL for running backs who can catch the ball. Well, Williams did that in spades for Washington State. Williams caught 83 balls in 2018 alone for the Cougars, 30 more than the next closest candidate for the title. Before you ask, he didn’t only catch the ball. Williams also carried the ball 122 times. He’s a dual-threat running back, something the NFL has been adopting more and more in recent years. “Boobie” as he’s affectionately nicknamed, also hurdled five defenders last season. Five! A running back with great hands, impressive agility and the ability to break tackles consistently will always play in Madden.

Since Darren Sproles really set the trend for receiving backs, guys like Alvin Kamara, Duke Johnson Jr., and Christian McCaffrey have really benefited from the increased exposure to the skill. Williams should be no different.

There’s a ton of exciting young blood being infused into the NFL for 2019. Some outstanding talent on defense will likely be the emphasis in the first round for a lot of teams. Generally regarded as a lighter year for quarterback talent, there are certainly some names who will garner immediate playing time. At the skill positions, there’s a handful of names, including those in the late rounds, that gamers will quickly grow accustomed to. It should be a fantastic year for new names in Madden.