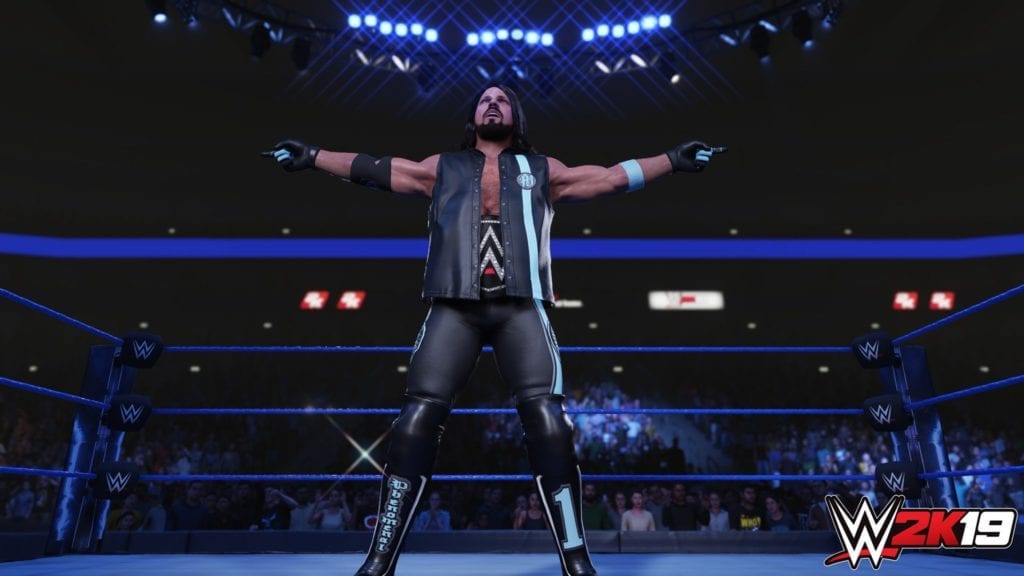 One of the great things about a wrestling video game is the array of different matches at your disposal. These matches range from the standard singles and tag matches, to the more exotic “Hell in a Cell” and “TLC” (Tables, Ladders and Chairs) matches. There are over 76 different match types in WWE 2K19, with each one unique in its own way.

With so many different options to choose from, what are the best match types to play?

Here are the five best match types in WWE 2K19.

Hell in a Cell

For those who grew up watching wrestling, you may or may not remember when the infamous Hell in a Cell match was first introduced. It was October 5, 1997 at WWE’s Bad Blood PPV. The first match inside this enclosed cage was Shawn Michaels vs The Undertaker. It wasn’t long after that this became one of the greatest match types in WWE history.

The most infamous of these matches was at King of the Ring in 1998. Mankind took on the Undertaker. Many remember this as the defining moment of the Hell in a Cell match, as Undertaker not only threw Mankind off the top of the cell, 20 feet through a table, but he dismantled him in the ring on top of hundreds of thumbtacks. Oh yeah, and between those two moments Undertaker sent Mankind crashing through the cell to the ring below.

So now is it any wonder this is one of the best match types in WWE 2K19?

True to the real-life product, players can break the side of the cell and escape to the outside. After doing so, you have the option to climb to the top, where you can do real damage to the opposition. Perform enough moves on each panel, and your opponent will fall through the top of the cell. You also have the luxury of throwing them off the cell, if you deem fit. A match is won when you pin or submit your opponent.

Do you have what it takes to enter the Hell in a Cell?

Like the name states, a Falls Count Anywhere match is exactly that, and WWE 2K19 does not disappoint. Want to fight on the entrance ramp? How about backstage in the corridor? Maybe the boiler room or backstage parking lot? All of this is possible in WWE 2K19.

The match ends like a traditional match, by either pinfall or submission. (Fun fact, submissions in this match type were not added until WWE’s Breaking Point PPV.)

Falls Count Anywhere matches have a little bit of everything, and I think that’s why it’s one of my favorite match types in WWE 2K19.

January 24, 1988 is when the WWE revealed the very first Royal Rumble match. For those who don’t know what the Royal Rumble match is, it’s a match where 30 participants enter the ring. Not all at once of course, but wrestlers enter every 30 seconds in this mode. This not only adds a dynamic of surprise when your favorite superstar or rival comes running down the ramp, but it forces users to be strategic in how they approach each superstar.

The only way to be eliminated is by having both feet touch the ground after being tossed over the top rope. In real life, the winner of this match goes to Wrestlemania to fight for the coveted title.

When playing in a Royal Rumble match, the most difficult task is preserving your health, as you battle from one opponent to the next. It also changes, depending on how many participants you choose to have, and in WWE 2K19 you have the option to choose between 10, 20 or 30 men/women Royal Rumble.

If you have the time to play through a match of this magnitude, it’s definitely worth it.

The first ever Elimination Chamber debuted at the 2002 Survivor Series. In this match, six superstars battle in an enclosed cage. The match begins with two superstars in the ring, and four locked in individual chambers at each corners of the ring. Every minute a chamber is unlocked at random until each superstar is in the match.

Wrestlers get eliminated via pinfall or submission, until one wrestler is left standing. Weapons are not available in this match, but wrestlers use the chambers on the outside to their advantage. In the past, these chambers have been used to do moves off of, or throw your opponent through them.

No matter what you choose, the Elimination Chamber is one of the most best matches in WWE 2K19

I cheated a bit here, and decided to combine three matches into one.

A traditional ladder match is simple. The title belt is dangled high above the ring, and wrestlers battle until one is able to set up a ladder and possess the title. Usually, these matches contain a championship belt, or as you may have seen in recent years, the “Money in the Bank.” The best way to approach this match is to use the ladder as a weapon to damage your opponent. Once you climb the ladder, you will need to use the right analog stick to go through a sort of mini game. Once you get through both layers, the championship belt is yours.

Tables were introduced around the Attitude Era, and would be made famous when the famous tag-team tandem the Dudley Boys would 3-D their opponents through them. This would later lead to the infamous tables match. Wrestlers battle one another until a move is performed through the table. In WWE 2K19¸you have the ability to take things to an entirely different level, and light the table on fire. This seems a bit much, but adds a unique dynamic when using a table. Perform a move off the top rope, a suplex through a table, or whatever it takes. Once you, or your opponent go through the table, the match is over.

Lastly, we have the Tables, Ladders and Chairs match. This is a popular match, as it combines the best of both the ladders match and tables match into one. This match was introduced in 1999, when tag teams Edge and Christian, the Dudley Boys, and the Hardy Boys battled for the Tag Team Titles. Much like it sounds, tables, ladders and chairs were scattered throughout the ring and exterior. Wrestlers beat the pulp out of one another until one wrestler is able to climb the ladder to retrieve the championship belts.