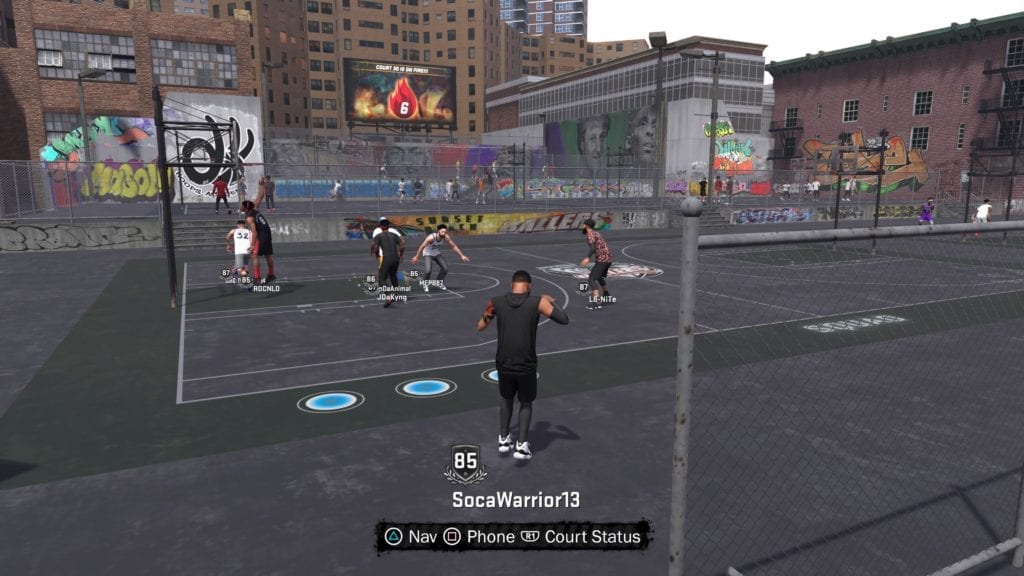 Now in the month of December, NBA 2K18 has had time to try and figure out its issues; lost VC and MyCareer profiles, server and connectivity issues in the Playground, and the disappearance and cut down additions of several features that fans have become accustomed to (create-a-player suite being an example).

It could probably be argued at this point that the grinding needed to attempt to reach a 99 overall has led to most either committing to it 100 percent or giving up on the mode entirely. With that in mind, here are three things I think NBA 2K18 could do to keep fans in the game.

Balance Out The Park

This is something that I’ve quipped about since NBA 2K17. This year there is a big premium on the skill of an individual playing the game in tandem with their MyPlayer’s attributes. You really need to know your chosen shot timing and form to hit shots at a high clip.

You have to understand your player’s strengths and weaknesses to excel. Unfortunately even the best 2K players encounter Pro-Am and Park games where they end up playing with folks who aren’t the same level both skill-wise and attribute-wise. I can’t even say I’m sure of what the best way would be to implement a balancing system for the Park, but one needs to at least be explored.

If I’m a 92-overall player and I get stuck playing a game of 3’s with an 85 overall or worse, there’s a 90 percent chance we’re going to lose. And when I say lose, I mean we’re going to get absolutely obliterated. Take that sentiment and slap it together with the picture of a 3’s game where both of your teammates are 75 and 72 overall; I’ve done it and it’s not pretty at all.

Perhaps some balancing could come in the form of tiers or ranking for the Park, or we could have a few “competitive courts” where people know to go. However, as I’ve said before in previous articles, the most logical thing here would be a matchmaking system.

It definitely seems like the overall game experience has been sacrificed for revenue in this department. 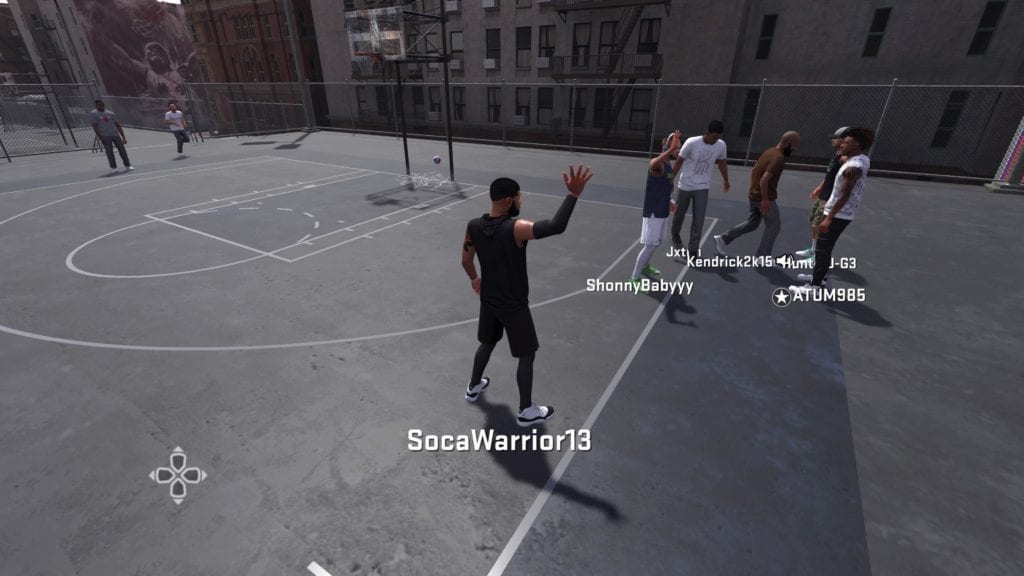 Relax With The 9.5 GB Patches And Game Tweaks

I don’t really have too much of an issue with this, but it’s something some of my friends and others complain about more often than not. The 2K dev team always looks at the bevy of issues that players are having and try to figure out the best and fastest way to rectify those issues.

When everything is sorted out, they drop a hefty update — 5.5 GB to 9.5 GB sort of heft. I understand it’s pretty much impossible to release a game that’s near perfect every year, thus the updates. However, at this point I almost find it ridiculous that updates are dropping seemingly every three to four weeks and are so large in size every single time.

We’ve had six patches/updates since launch. SIX. Maybe there’s a lot more things that are issues with NBA 2K18 than we realize and the dev team is trying hard to work the problems out before the cycle is over.

There’s also the adjustment of game sliders that 2K seems to be doing at will. One day you can shoot lights out with your Sharpshooter, and two days later you’re bricking wide open shots. As mentioned above, knowing your MyPlayer’s shot form and release timing is key to hitting your shots, but it seems as if the sliders are being adjusted without notice.

This was something that almost ruined the shooting experience last year as players complained that shooting was either too easy or too hard, and the shooting sliders were changed several times. This year it looks like those adjustments are back as players are again complaining about the same thing with the addition of how complicated layups are. 2K devs have been retooling the shooting sliders enough that it is almost starting to become a problem again. I’d just like to think that most of the issues would be fixed before we got the final product.

Retool The Road To 99 Grind

I’m going to get this out of the way off the bat. I think that grinding in games where you need to level up or upgrade a character is a necessary and almost crucial element of said games. It allows you to not only improve your skills at the game but also allows for you to get your character to a level where they can keep up or easily handle anybody they would come up against. NBA 2K18 took this grinding element and kept it in mind.

…Then ran with it, took an airplane to a spaceship and carried the grinding model to outer space. Pair this with the almost forced necessity to buy VC and they created a machine that not only has players spending countless sleepless hours trying to fill their CAP Breaker bars for an attribute upgrade, but also has some people dropping real money to get their players to keep up with the masses.

I think at this point it’s fair to say that NBA 2K18‘s Road to 99 grind is, unrealistically realistic. See, a lot of us have jobs, families, obligations. We can’t sit in front of our TVs and play 2K18 for 12 hours at a time just to grind for our next attribute point. 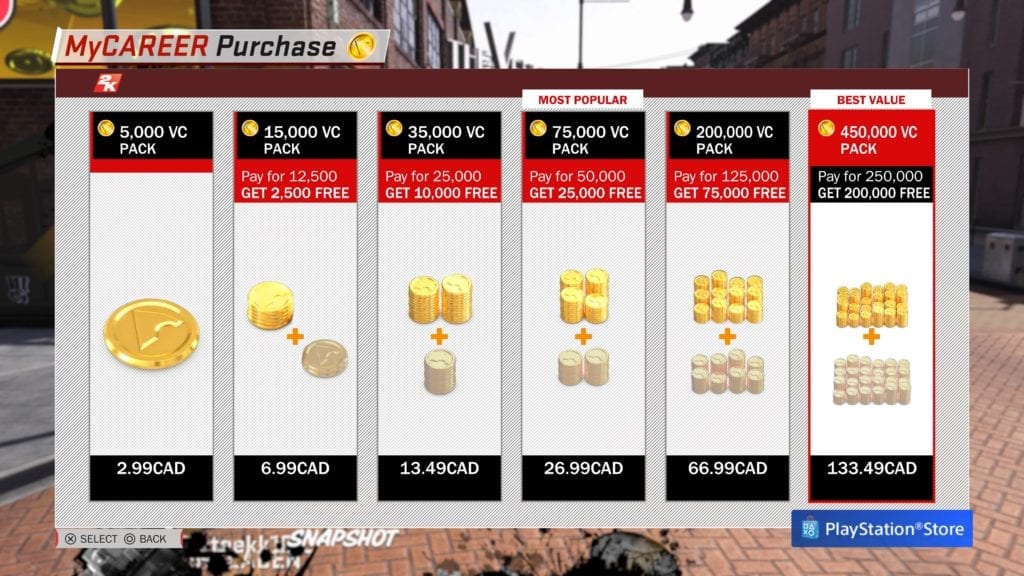 This has unfortunately become the way to truly succeed in NBA 2K18.

And I’m not saying that as if it’s a joke; I’ve got people on my friend’s list that I’ve jumped on to run a few games of Park and they’ve legit told me they were playing for 10 hours straight because they didn’t want to get off the game until they reached a 91 overall. That, to me, is insanity.

Again, this is something that I’m unsure of as to how the NBA 2K team could go about reworking their system this season, but it’s definitely something that needs to be considered. I can’t tell if they’re trying to extend the life of the game, trying to cash in on impatient gamers, or both.

Yes, the rewards you can get for reaching level 99 are okay, but you can’t expect me to believe that seeing your MyPlayer on 2KTV or “being immortalized in NBA 2K19” is really worth the money or time needed to achieve those feats. I myself have managed somehow to put in about 250 hours and my life is busy, yet my player is an 87 overall.

No, I’m not an NBA 2K god, and I don’t have a good group or squad to roll with that can help bolster my stats so that my game performances help me earn CAP Breakers faster. Wanting to keep players playing your game to reach a 99 overall and having to put in some effort and work to do so is completely fine, but make it realistic. Don’t have people almost sacrificing their lives just to get there. 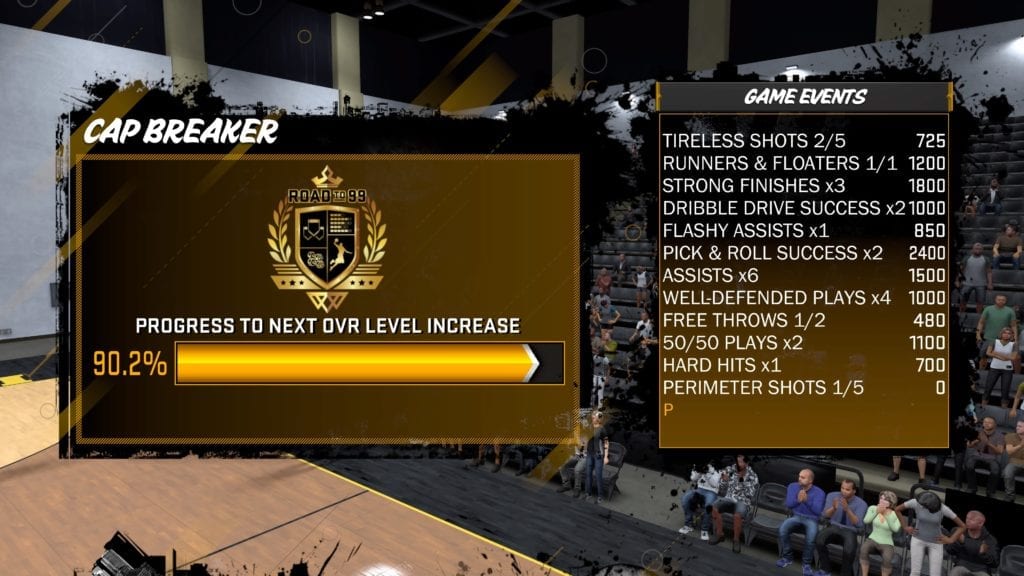 Despite various negatives that have come to the forefront and sullied the experience for some, I still believe NBA 2K18 is and can still be a fun experience for a lot of players looking for a straight sim basketball experience they can pick up and casually play. For those who are playing NBA 2K18 for some of the headline modes that require true time and effort, some of the aforementioned things to improve the experience could potentially help restore some of the shine the game has lost since launch.

What do you feel NBA 2K18 needs to do to improve player experience? Leave your comments below!