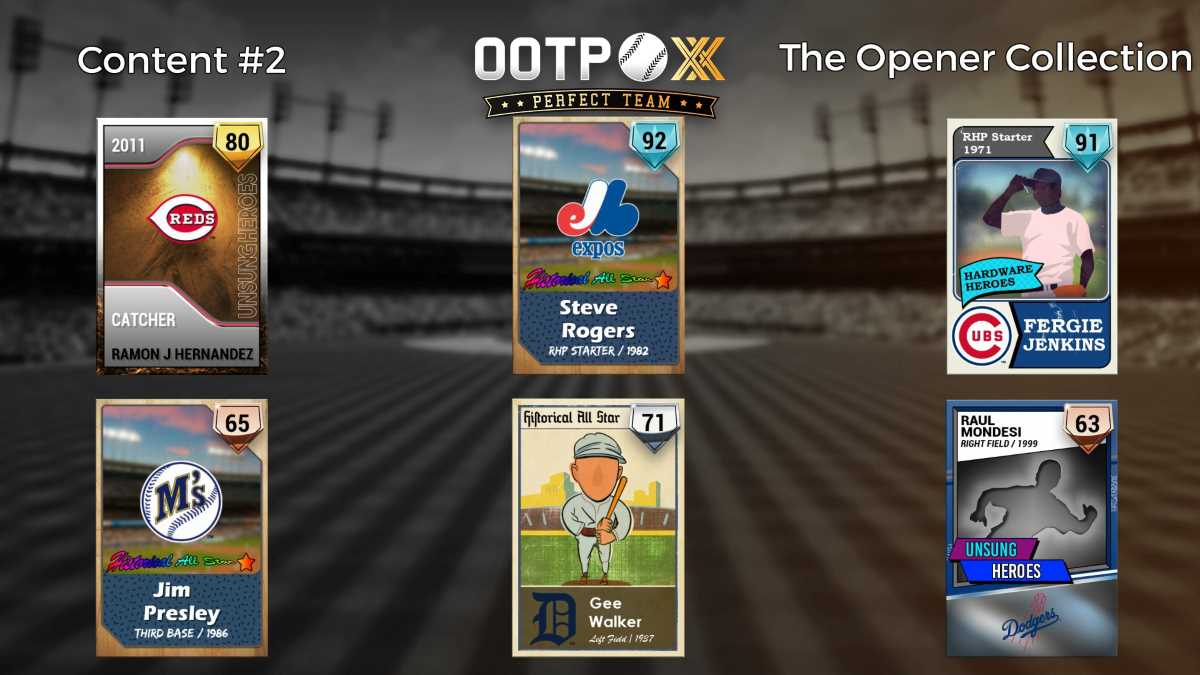 Opening Day was last week, and in honor of that, OOTP Developments’ Perfect Team Community Manager Kris Jardine used This Week in Perfect Team to unveil 6 new cards that commemorate great Opening Day performances. You can check out the replay on YouTube and catch future episodes live every Monday at 9 PM ET at Twitch.tv/ootpdevelopments.

And don’t forget that Out of the Park Baseball 20 is available now. It features Perfect Team 2.0, which has a lot of great new features for everyone’s favorite pack-ripping, team-assembling, friend-battling online mode. In addition, you’ll get live updates all season, so you can start a new season on any day and get up-to-date standings, stats, rosters, and ratings, along with amazing 3D in-game improvements, even better AI, and much more.

Here are the 6 new cards revealed by Jardine this week. All of them have connections to great Opening Day performances.

Jardine also explained an April Fool’s joke he was involved in, despite his dislike of that day..

Meanwhile, the latest episode of the OOTP Now podcast featured host Rich Grisham discussing OOTP 20’s official 2019 MLB season predictions, which were featured by MLB Network. If you saw MLB Network’s reveal, you’ll still want to listen to this episode, since Grisham took a deeper dive into the predictions, including comparisons between some major free agents and current rookies.

How’s your team doing so far this year? We advise that whatever the case may be, don’t get too down and don’t get too excited – there’s a lot of baseball left to play!

Until next time, keep ripping those packs in search of your own Perfect Team!

Out of the Park Baseball 20 Releases Worldwide Today
OOTP’s This Week In Perfect Team: Honoring the Mexico Series With Mexican Greats!