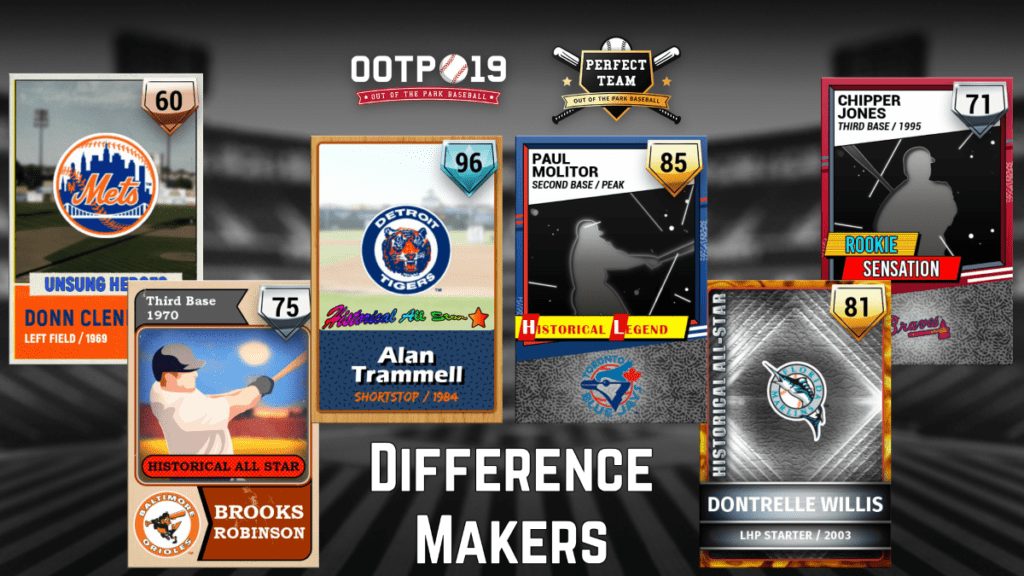 Some really cool cards were unveiled, part of the new “Difference Makers” series. Even better, they are now available in the game! They include:

Be sure to rip some packs this week in your Perfect Team franchise or check out the Auction House to see if you can grab one!

This Week In Perfect Team airs every Monday night at 8 PM ET at Twitch.tv/ootpdevelopments, hosted by Perfect Team Community Manager Kris Jardine. In case you missed this week’s show, you can watch it here on Youtube.

The OOTP gang also made another huge announcement – Houston Astros pitcher Lance McCullers Jr. will be on This Week In Perfect Team live next week! We’ve been told a few more cool announcements are planned for that episode.

Lastly, the OOTP team has a new podcast called OOTP Now. You can hear it here on this page, and we’re told it will be available on all the major podcast services soon! Link to podcast:

Until next time, keep ripping those packs in search of your own personal Perfect Team!

Cancel reply
Discussion
Click here to reply to the discussion
Continue Reading
You may also like...
Related Topics:baseball, ootp 19, out of the park baseball 19, perfect team, spotlight, text-sim

OOTP 19 Perfect Team Launches, How to Win A Copy of the Game Inside
Get 75% Off on Out of the Park Baseball 19 and Franchise Hockey Manager 5 Until January 3, 2019