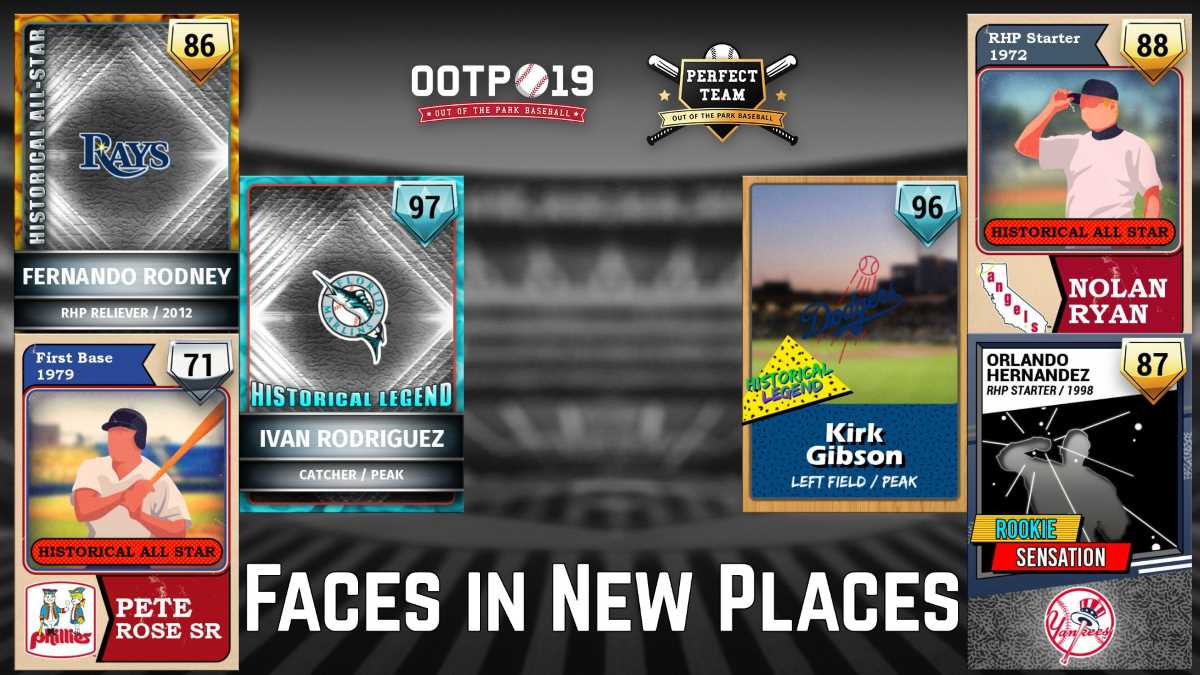 The latest batch of new cards for Out of the Park Baseball 19’s Perfect Team mode introduce a new theme: Faces in New Places. These are players who had notable first seasons with a new team, a concept that many baseball fans are familiar with.

Can any of these players help take your team to the next level? You can learn more about them in the YouTube replay of This Week in Perfect Team, which is hosted by Perfect Team Community Manager Kris Jardine. It airs every Monday at 8 PM ET at Twitch.tv/ootpdevelopments.

Here are the new cards this week:

Next week, Jardine will introduce the Generations Collection, which are players from 1891 to 2019.

And be sure to also check out the latest episode in the OOTP Now podcast. This week was a two-part show hosted by OOTP Developments CMO Rich Grisham. The first guest was Matt Rectenwald, a long-time (very long-time) OOTP player who’s a seasoned Beta tester and online league commissioner. He had plenty of tales to tell from the 20-year history of the game.

In the second segment, Grisham was joined by Jardine and OOTP Community Lead T.J. Lauerman. The three talked about their plans for their upcoming Perfect Team seasons and suggestions for how not to lose 100 games with the 2003 Tigers. They also answered listener questions.

Until next week, keep ripping those packs in search of your own personal Perfect Team! We hope you get get some great cards that will improve your team or allow you to sell them to get the cards you really need!