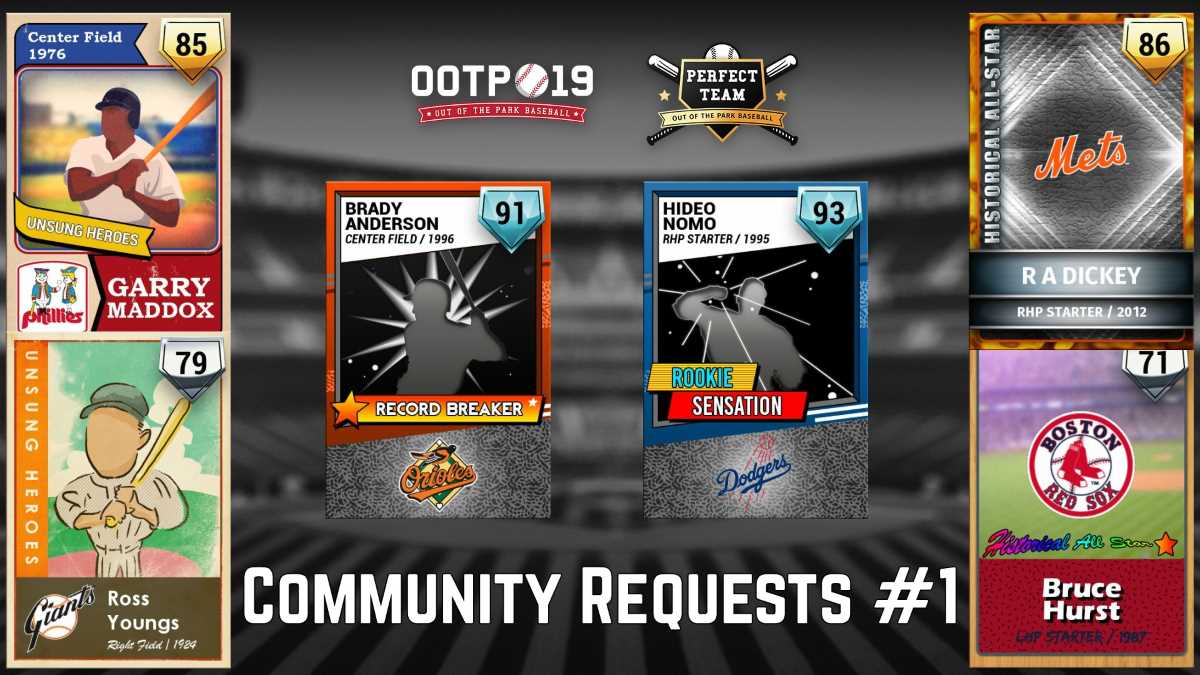 Perfect Team Community Manager Kris Jardine used his show on the company’s Twitch channel this week to showcase the first-ever batch of community-requested cards. (Want to request a card? You can do so here.) He also revealed that there are currently over 9,000 teams in Perfect Team, which means there’s plenty of action for new players to join.

The YouTube replay of show features the unveiling of the cards, along with a review of Perfect Team’s Season 5 results, including OOTP’s first ever Perfect League winners. Thousands of packs were ripped in pursuit of perfection, but only a few teams stood tall in the end.

Jardine also spent some time discussing player positions where the strategy is to sacrifice other stats in favor of defense, since every Perfect Team roster should be as well-rounded as possible. Perhaps unsurprisingly, catcher and shortstop were the most popular positions for that kind of tactic.

The six new cards unveiled were:

Maybe you’ll score one or more of these cards the next time you rip some packs and take your Perfect Team to the next level!

Finally, be sure to also check out the latest episode in the OOTP Now podcast, featuring OOTP programmer Mat Arnold talking about his time at the company and reminiscing on his favorite personal contributions to OOTP. OOTP Community Lead T.J. Lauerman also talked to Grisham about Perfect Team, made a few on-the-fly roster moves, and answered a few listener questions.

Until next week, keep ripping those packs in search of your own personal Perfect Team!