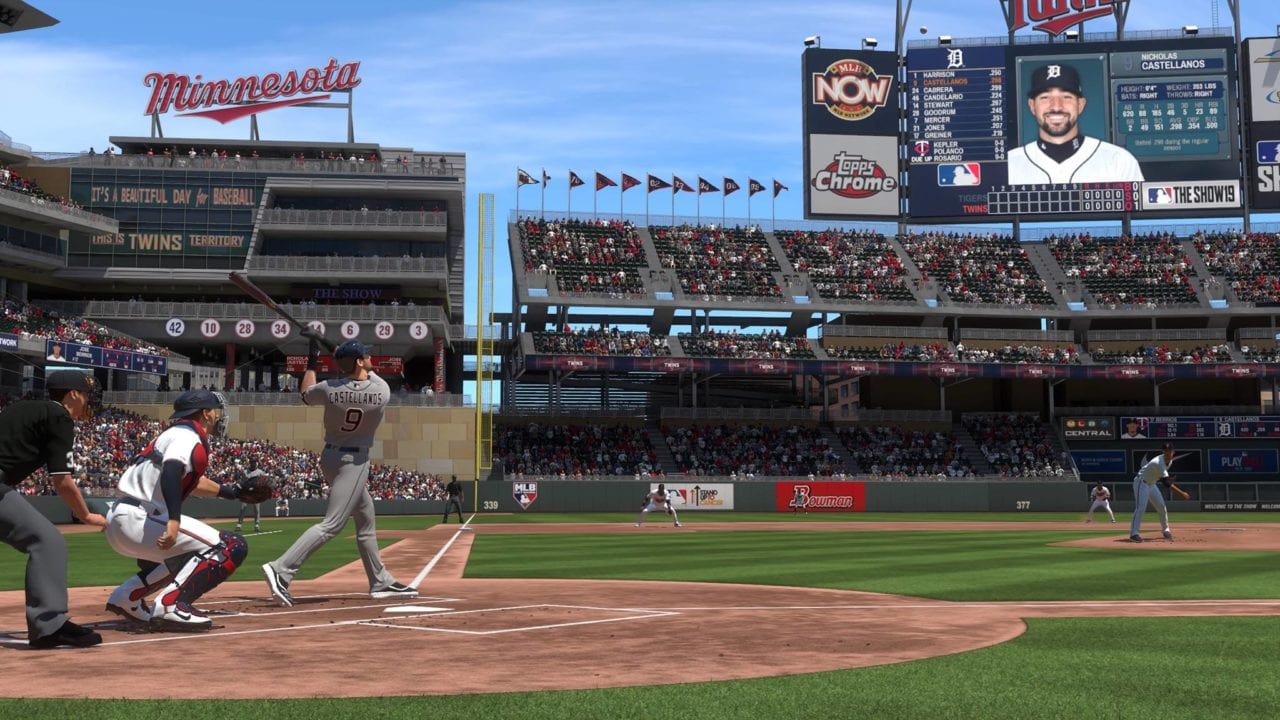 With all the different modes available to us in MLB The Show 19, there are a plethora of players at our disposal. Obviously, when it comes to choosing players to use, it’s probably most important in Diamond Dynasty, but you can’t discount all the other modes. So here is a list of hidden gems who can help you be your best in any mode in MLB The Show 19. (Disclaimer: All ratings used in this article are from Diamond Dynasty as to avoid any confusion.)

1. Yasmani Grandal: Grandal is rated an 80 overall, but his hitting ratings aren’t that great except for his power versus right-handed pitchers, which is an 81. But where Grandal really shines is on defense. An overall fielding rating of 91 is pretty solid for a catcher. His arm strength is only 68, which is not great for a catcher, but it’s backed up by an accuracy of 72 and blocking at 75. Grandal is not going be someone you seek out as a starting catcher for your team, but if the need arises, he’s a solid choice.

2. Michael Brantley: Often marred by injury, Brantley has had a career with ups and downs. But when healthy, he has been one of the best pure hitters in the game. Coming in at a 78 overall, Brantley boasts a 90 contact rating off of righties, and a very respectable 78 off of lefties. While his fielding isn’t what it used to be, he still brings good arm strength at 76 and arm accuracy of 70. Brantley is an overall solid choice as one of your starting or backup outfielders who will put the ball in play.

3. Carlos Santana: Coming in at a respectable 77 overall, Carlos Santana brings something to the table that is more than just hitting for pop or average. While bringing solid defense to the table at first base with a 71 rating, Santana is an eagle eye at the plate. His ability to check swing and draw walks makes him a fine edition to your squad in any mode. And just because he is not a typical power hitting first baseman, he can still put a charge into one every now and again.

4. Nicholas Castellanos: Don’t be fooled by his overall rating, which is a 76. Castellanos can mash it in this game. With an astonishing 96 contact vs left-handed pitching, 76 power verses lefties, and a great 89 clutch rating, you quietly have a guy worth picking up for Diamond Dynasty or trading for in franchise mode. However, there are some trade offs. His fielding ratings are what brings him back to that 76 overall. With 38 fielding and a 48 arm accuracy rating, he can be seen as a defensive liability. But there is no reason you can’t use him as a designated hitter.

5. Mallex Smith: At a 75 overall and 75 contact off righties, that’s a pretty good start. But add in his 92 speed rating and 92 bunting ability, and you have a player who is an absolute steal for small-ball lineups. Smith’s fielding is also mostly acceptable at 69 rating. Mallex Smith makes any lineup more dangerous.

6. Archie Bradley: Another 75 overall player, Bradley features a blazing four-seam fastball that tops out about 96 mph, and to complement that, a knuckle-curve that dips to 81 mph. This disparity can and will cause either CPU or human hitters to flail like a duck. With his H/9 at a very respectable 77 and K/9 at 75, Bradley is a solid bullpen choice. Bradley’s biggest issues are walks and control. But pitching carefully with him, it shouldn’t be a big issue as those ratings aren’t truly bad.

7. Domingo Santana: The up-and-coming potential star of the Mariners, Domingo Santana, is a worth a look for your team. His contact ratings against right and left handers are almost identical, with a 70 for right handers and a 69 for lefties. His power numbers don’t stray far from his contact ratings. Power versus right handers comes in at a 69 and against lefties it sits at 63. What’s even better about Santana is that his fielding ratings are also good. His fielding is rated at 70 with arm strength at 66. I think he would be a great choice as a corner outfielder.

8. Matt Strahm: A 76 overall, he has some higher ratings in some key areas. Strahm’s H/9 is a 79 and K/9 a 76. HR/9 is a respectable 67 and he has a clutch rating of 73. These are solid stats for a middle to back-end rotation starter. He is also a lefty, which can prove very useful against left-handed power bats. Strahm sports a 93 mph four-seam fastball, along with a 87 mph slider he can throw at the back foot of right-handed hitters.

9. Jeff McNeil: With this year’s game focusing more on contact hitters, McNeil could fit the bill for any squad looking for good contact hitters. He is a 76 overall with a staggering 96 contact rating against right-handed pitchers and a very good 75 contact rating against lefties. McNeil is also incredibly versatile. He can be used effectively at 2B, 1B, 3B and the corner outfield positions. And I almost forgot his amazing plate vision of 95. Jeff McNeil could truly be a hidden gem.

10. Tyler Naquin: A 73 overall, Naquin has some above-average ratings that push him into the bottom of this list. Naquin is a left-handed hitting outfielder who can hit lefties almost as well as right-handed pitching. His right-handed contact rating comes in at a 76 and against lefties it’s a very solid 72. But that’s not all Naquin brings to the table. He has some sneaky power mixed in as well, coming in at 57 and 50 for righties and lefties respectively. And with all those solid ratings, you can also have confidence in his fielding ability as it sits at a 69.

So those are 10 potential hidden gems to use in any mode in MLB The Show 19 this year. As I’m sure there are many more, let us know what you think of the list and tell us some of your hidden gems that you have found.