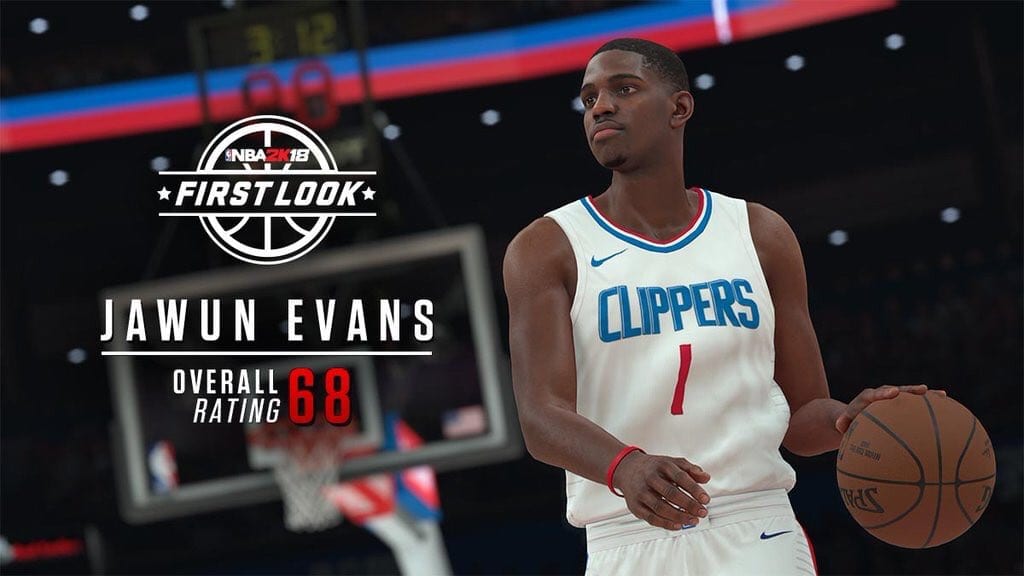 NBA 2K18 player ratings are starting to trickle out.  As we inch closer and closer (although not close enough) to release day, let’s take a look at the ratings so far, discussing what players are underrated and what players are overrated.

PG-13 famously changed teams this offseason, moving offices from Indianapolis all the way to Oklahoma City.  In OKC, he will team up with Russell Westbrook, a pairing that has the potential to shake up the non-Warriors faction of the Western Conference.  The big question is whether this partnership will last for more than a season as George has been rumored to be Lakers-bound for a few months now.

Comparing him to the rest of the field, he seems to be rated appropriately. There is an argument to be made that Karl-Anthony Towns is too young to be rated on the same level as Paul George — but I won’t be the one to make that argument. If anything, I would argue that PG is a little underrated here and should be around a 92-93.  He’s one of the best two-way players in the league and will make a great tandem with Russell Westbrook (who, by the way, is a safe bet to be rated around 95 or higher).

There is no debate that Dwight Howard is no longer the player he once was, and no one wants to pay him what he’s making right now.  The aging process alone will do that to any player, but couple that with Dwight’s noted back issues and it would be unreasonable to expect him to remain at his MVP level of over five years ago.  Where there is debate, however, is just how effective Dwight Howard is in today’s NBA.  Hence his inclusion on the ‘underrated’ section of this list.

Critics will argue that the game has passed him by, and that there are few minutes left in the NBA for traditional big men like Dwight Howard, no matter how skilled they may be. They also say that although Dwight has elite talent when it comes to defending and rebounding, he doesn’t give maximum effort on that end unless he gets plenty of touches on offense — touches that have decreased each year as NBA offenses move further away from the basket.

Even as an admitted Dwight fan, I can’t argue with any of that. Still, 81 seems low to almost a disrespectful degree. He’s four points lower than Drummond, which may be a bit steep considering Drummond’s sluggish past season and his poor track record on defense. After all, Drummond was supposed to be the new Dwight, but is he really even approaching that comparison? I think something around 84-85 for Dwight would be appropriate.

This one baffles me the most.  PG13 is rated highly regardless and, even if I disagree with rating Howard so low, I understand the logic.  But Crowder coming in at 80 is surprising.  He’s great on both sides of the ball, but he’s perhaps best known for his hard-nosed defense.  Beyond that, he shot 40 percent from three last year, which is a huge leap above his career average of 35 percent.

He has improved every year and his versatility would allow him to thrive with just about any NBA team.  I don’t really have an issue with anyone rated higher than Crowder, with the possible exception of Myles Turner at 84.  But to have Crowder with the same rating as D’Angelo Russell and rookies Markelle Fultz and Lonzo Ball doesn’t make sense.

DeRozan’s strategy seems to be to zig while the rest of the league zags. In a league where the three-point shot reigns supreme, it’s rare to see a superstar shooting guard have such an aversion to shooting threes. He averaged 27 points per game last year, while taking under two threes per game on 27 percent shooting from beyond the arc. (As usual, it’s been said he will take more shots from deep this year, but that’d TBD as always.)

But you can’t deny that DeRozan is an elite-level talent. Still, based on the ratings that have been released so far, I like him more as an 87 or 88. I don’t think he should be higher than Hayward, nor should he be rated the same as Isaiah Thomas or Damian Lillard — after all, Thomas and Lillard have the same defensive issues as DeRozan.

And to be clear, this isn’t a knock on DeRozan at all. He isn’t beneath any of these players by any means. He is absolutely in the conversation. But for me, I would rank those other players above him.

I do sort of feel bad for including him in this list since, of the player ratings we know so far, McLemore is one of the lowest rated. But based on NBA 2K17 ratings, 73 seems a bit high for a three-point specialist with a career three-point shooting percentage of 35 percent, especially when his minutes have decreased each of the last three seasons.

To be fair, McLemore does have talent and he has spent his entire career with one of the most dysfunctional franchises in the NBA. The Grizzlies desperately needed some three-point shooting, so he should get some decent burn in Memphis after he gets healthy.  But I think something closer to 68 or so would be more appropriate for now.

Before going down last year with an ACL injury, LaVine was having a great year offensively, scoring just under 20 points a game and shooting just under 40 percent from three.  Defensively, however?  He’s atrocious.  Like, really, really bad.  Before the injury, he was one of the most athletic young guards in the league, so it was fair to assume some improvement in that regard.  But after the ACL injury?  It’s anyone’s guess how this year will go, but I think 80 is just a bit too optimistic for LaVine.

Here’s how the point guards stack up so far.  Curry stands at the head of the pack, while Kyrie Irving and John Wall are tied, as are Thomas and Lillard.

But what about the others? The ratings all seem appropriate by themselves. Depending on how all of the ratings shake out and who is rated above Curry, he might be a little low. But compared to the other point guards, his rating is appropriate. Irving versus Wall is an interesting debate. I would rate Wall slightly above Irving, but I wouldn’t argue with you if you think Kyrie is better.

Lillard versus Thomas is an interesting one. Prior to last season, I’d have taken Lillard over Thomas 10 times out of 10. But now? It’s at least a toss-up, in which case a ratings tie makes sense. I would personally rank Thomas above Lillard, but much like Irving versus Wall, it’s too close for me to argue too hard one way or the other.

What about you?  Based on the ratings we’ve seen so far, who do you think is underrated? What about overrated? Let us know in the comments!