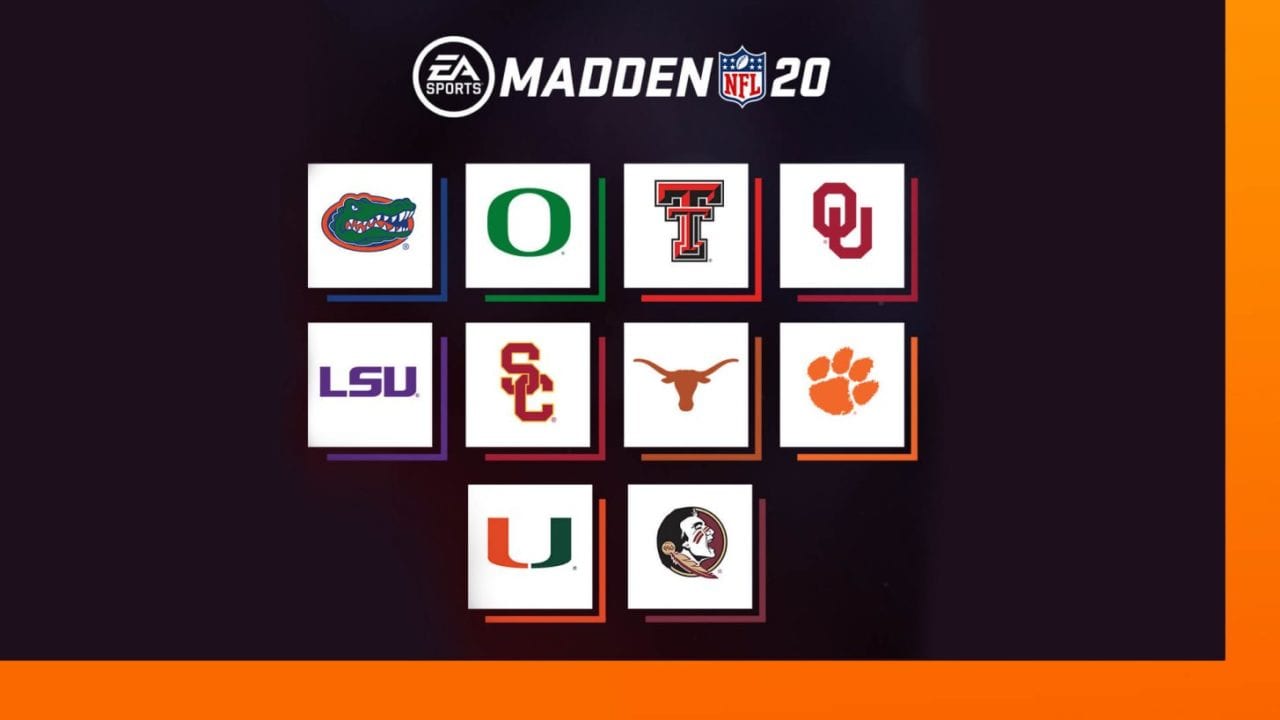 Some Madden NFL 20 features were revealed today, including a new Face of the Franchise: QB1 career campaign. It’s basically a career campaign centered around you as the quarterback. 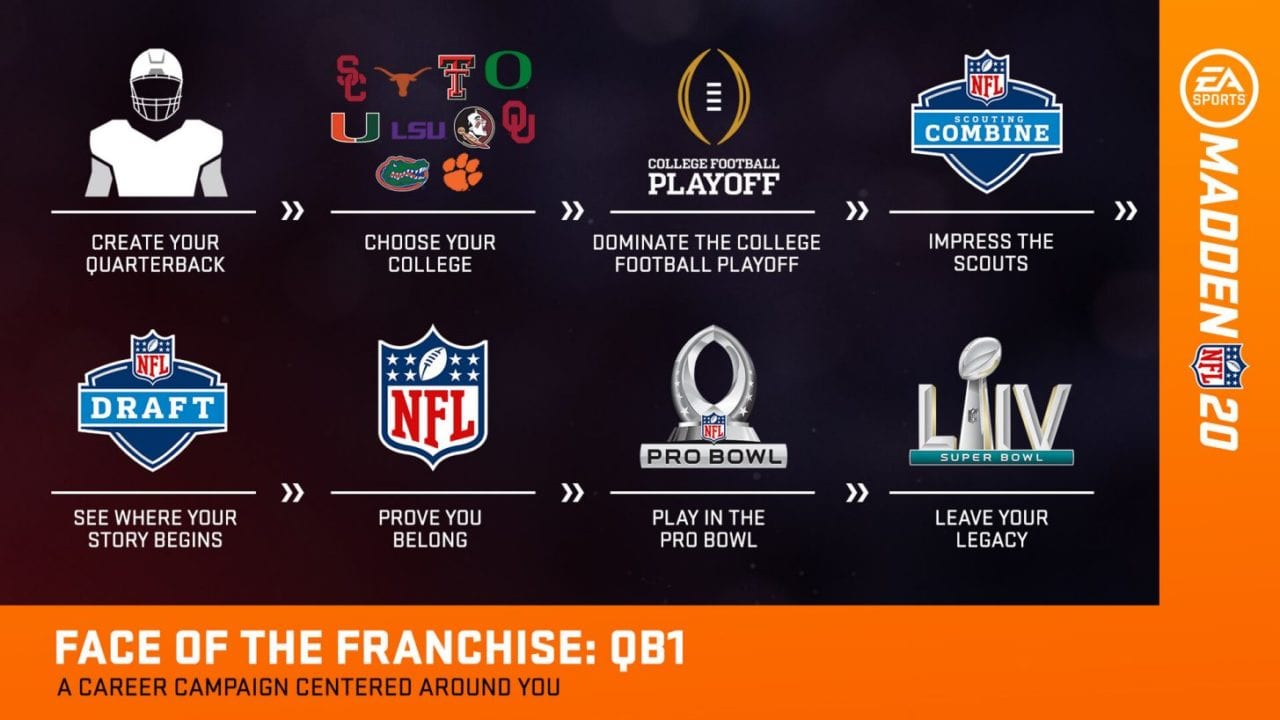 There are 10 Division 1 schools available to select in the College Football Playoff portion of the campaign. Here’s some details from the official blog.

First, you choose between ten Division 1 schools. From there you will fill in details about your quarterback and make decisions about what type of quarterback you will be. Up next, you will be competing in the College Football Playoff. You will play up to two full games and your performance will impact your draft stock. Once you play through the College Football Playoff, you will then start the process of the NFL Combine.

As a quarterback prospect, you’ll be asked a couple of questions by NFL coaches and then throw passes to receivers at the combine. After you finish this process, you’ll then wait to find out where you will be drafted in the league. All the decisions you made, and your on-field performance will dictate where you will land on draft day. Once drafted you’ll start your NFL career. At this point, you will start your typical Franchise experience, but your quarterback will be unique to the Face of the Franchise: QB1 experience.

The blog also gives us a glimpse at Superstar X-Factors.

In total there are over 20 Zone abilities for the 50 Superstar X-Factor players and over 140 Superstar abilities. Each game you will see and feel the difference because of these special traits.

Many more details on the Madden NFL 20 modes will be revealed in the upcoming Twitch Streams with the developers.