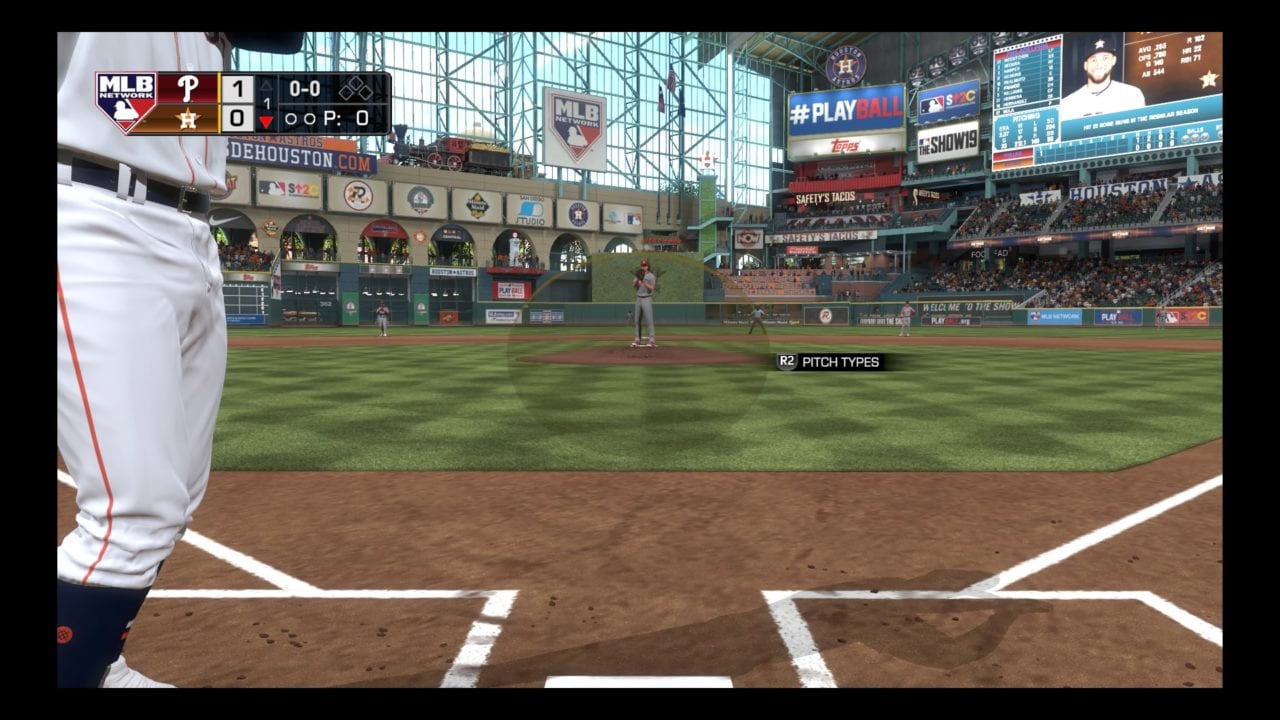 As per usual, MLB The Show 19 unavoidably has a lot of similarities to its predecessor, but there are also plenty of areas where the newest entry in the series feels quite a bit different than MLB The Show 18. While it probably won’t seem like anything all that drastic to those who played the game last year, some components of the game have changed enough that there could be a bit of a learning curve to overcome. So whether you’re at the plate, on the mound, in the field or on the basepaths, here are some helpful tips that can hopefully alleviate any growing pains anyone might be experiencing in making the leap to this year’s game.

Catch Up To The Heat

Across most difficulties this year, pitch speeds are up. So that means the fastball has become a much more viable pitch than last year. Now that it’s harder to get around on those fastballs, it’s going to take at least a little time in the batter’s box to make the adjustment to the heater, especially from those lethal pitchers with the kind of arms that can hit velocities in the triple digits.

There are a couple of ways to do this. I’ve always been fond of jumping in the deep end and learning the hard way. Get into the batting cage in practice mode against a hurler who can really light up the radar gun (think Syndergaard or better yet, Chapman), crank the difficulty all the way up to Legend and start taking your cuts. Don’t get discouraged; you will probably struggle for a while. But in time, you will improve and even be able to pull those pesky inside fastballs intended to jam you.

The other option: start out at one of the lower difficulties until you get comfortable and then gradually increase the difficulty, slowly devouring those faster fastballs instead.

Patience is a virtue that is often rewarded at the plate in real baseball and that’s also never been truer in The Show than this year. With pitching becoming a little more difficult this year, it can be challenging for a pitcher to consistently hit his spots. So it behooves you as the batter to wait for that pitcher to make a mistake by leaving something out over the plate that you can hit with some authority.

Don’t go after that first pitch on the outside corner (or even worse, outside the strike zone) just because you’re absolutely convinced you CAN hit it; work the count in your favor instead by taking a pitch or two. If a pitcher can’t locate those first couple pitches, he’ll then be all but obligated to throw you a strike and you’ll be ready to mash it. Or if he still can’t locate, go ahead and take the walk. Nothing can start a rally like a pitcher who’s all over the place.

Don’t Neglect Defense In Your Lineup

In last year’s game, you might have been able to get away with trying to squeeze an extra big bat into your lineup by playing him at a position that wasn’t within his defensive abilities, but this year will see you pay the price for managerial decisions like that. The penalty for sticking a player out of position simply wasn’t enough of a deterrent last year because most guys could still perform adequately enough on defense, even when they likely would have been completely out of their element in real life.

But with defense in the game inching ever closer to realism, managers will be more inclined to think twice before trying to get away with putting a player at a position that’s not among their strengths. If you do decide to try this, be prepared for a lack of reaction in the field and plenty of bobbled and botched catches. Of course, you can always learn to live with these fielding issues if you feel the player is worth it at the plate, but you really have to carefully consider how a player might benefit you (or how he will hurt you) on defense when building your lineup. 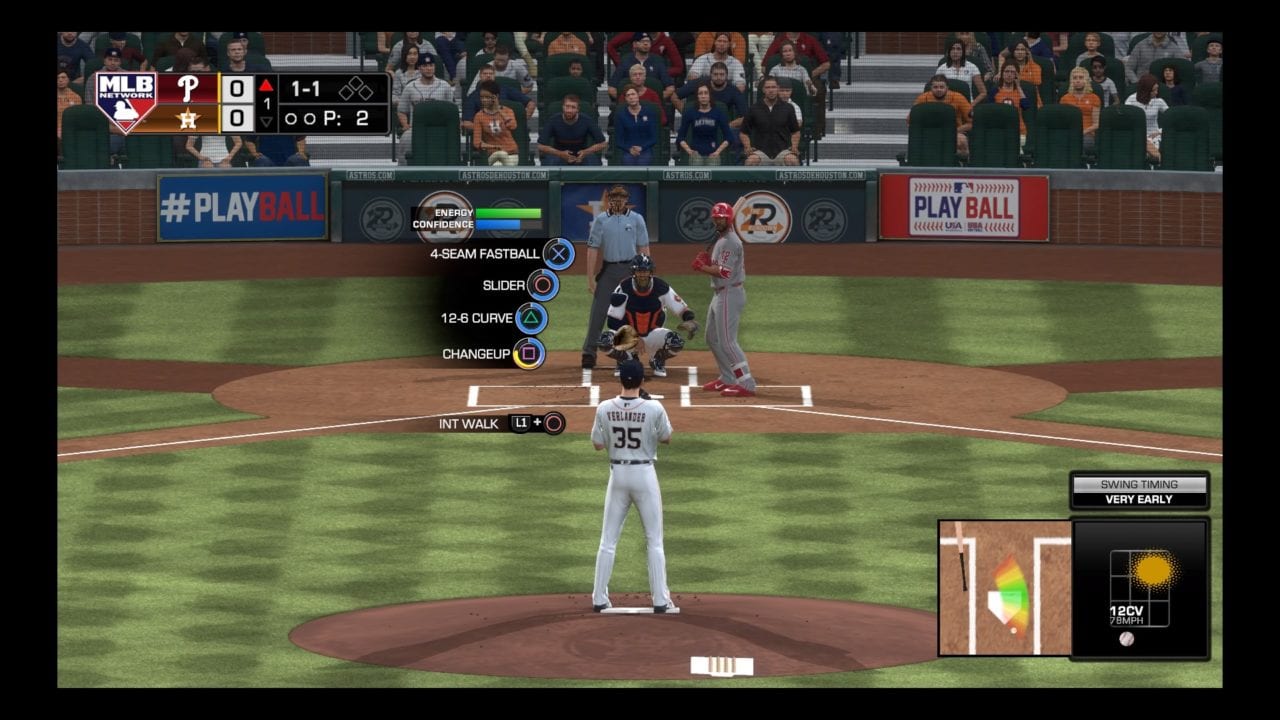 Stay With The Ball In The Field

Catches were much more automatic in MLB The Show 18 than in this year’s game where things can and will get a little unpredictable out there in the field. Fielders used to gobble up hard-hit grounders on their back hand consistently like it was barely even a challenge, but they will now struggle a little more initially to get to the ball. And even when they do get to the ball, they will sometimes fail to come up with the ball cleanly. Even the best of fielders will occasionally bobble or have to knock a ball down by getting their body in front of it rather than casually plucking it out of the air with their glove. You’ll need to be a little more aware in order to recover, locate the ball and then pick it up to have a chance to still make the throw for an out.

Mix Speeds On The Mound With Confidence

Because those pitch speeds are now higher than last year, as mentioned previously, it will also have an impact on how you approach hitters when pitching. Specifically, you no longer have to be quite so afraid to throw fastballs and can now use all the pitches in your arsenal just as a pitcher might in real life. This is a pretty significant change in approach, as it means a key weapon in keeping hitters guessing no longer feels compromised. Of course, you’ll still need to be able to hit your spots when throwing the heat or risk coasting one down the heart of the plate that can easily be tagged by a good hitter, but as long as you mix up your locations and your speeds while locating well, you should find that you can really dominate hitters.

Be More Cautious On The Basepaths

This is a message for anyone out there who would steal at every opportunity in MLB The Show 18 or try to exploit slow animations in order to take an extra base whenever possible: watch yourself this year. Remember how when someone would pitch out in order to prevent you from stealing and you would just recognize that and then return safely back to first so you could try it all over again on the next pitch until you eventually stole second safely? (You’re a bad person if you did that by the way.) Well, don’t try that, or you’ll find yourself stumbling while returning to first and probably getting thrown out in the subsequent rundown. You can still try to exploit the animations this year all you want in order to get that extra base, but you may think twice about it after you’ve given away an out once or twice because of your aggressive baserunning.

Cancel reply
Comment on this article
Continue Reading
You may also like...
Related Topics:baseball, mlb, mlb the show 19, spotlight, The Show