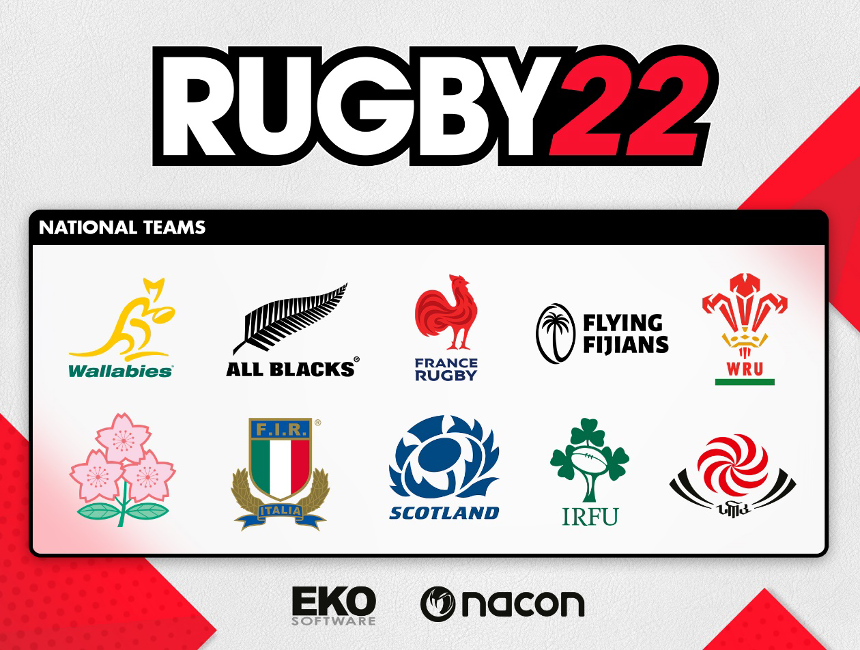 NACON has announced Rugby 22 will release on January 27, 2022 for PlayStation 4, PlayStation 5, Xbox One, Xbox Series X|S and PC. New major national teams have been added to the Rugby license, including the Wallabies, the official Australian team, and New Zealand’s All Blacks, famous both for their competitive record and for the aura that accompanies them.

Announced back in May, Rugby 22 features more realistic AI, improved difficulty that adapts better to each player’s level, and more lifelike star-player faces. Those faces will be especially noticeable on PlayStation 5 and Xbox Series X|S, thanks to the use of photogrammetry.