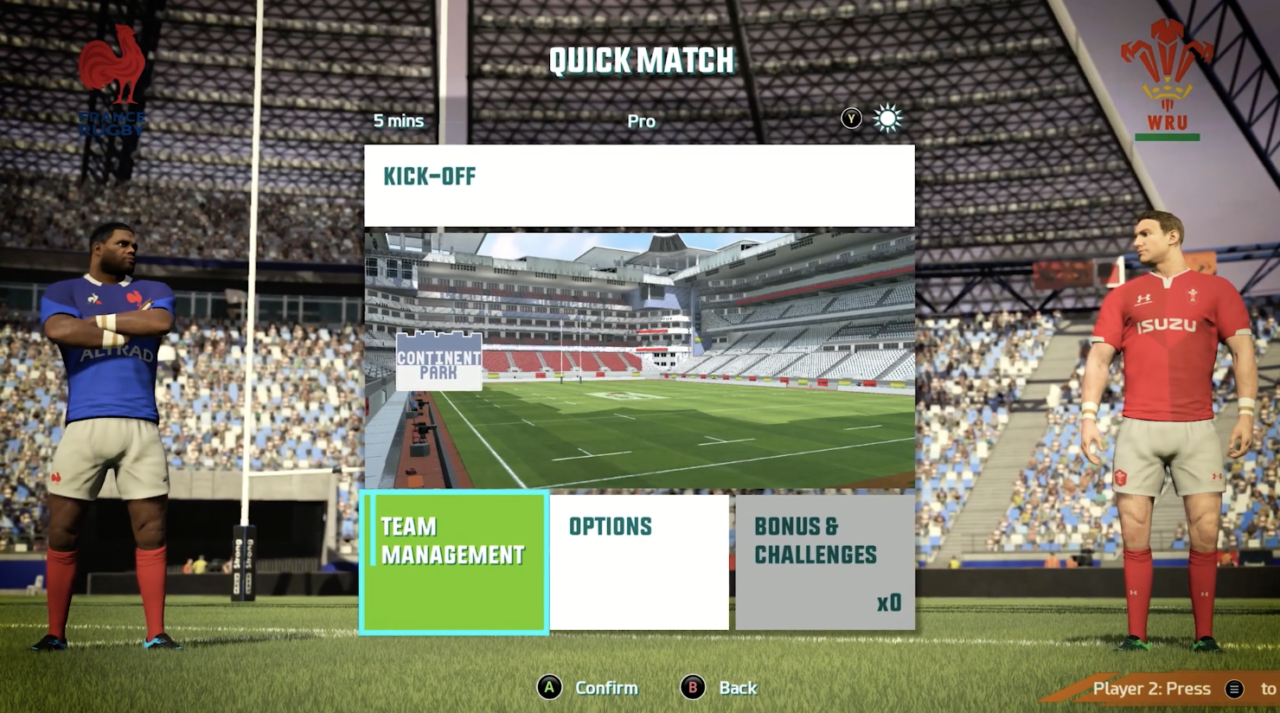 Bigben and Eko Software have released a new Rugby 20 gameplay video. The third phase of the game’s closed beta starts on December 19. The final version is scheduled for release on January 23, 2020 on Xbox One and PC worldwide and on January 28, 2020 for PlayStation 4, in North America.

The video highlights three fundamental aspects of the game, which fans of the sport will love.

One of the major new features in Rugby 20 is the ability for you to change tactics before and during matches. By managing the game plan, and positioning and behaviour of players, you can experience the unique character of modern rugby and implement your own style of play.

For attacking play, there are different moves available, such as long passes to teammates and kicking options. Grubber kicks, pass feints and side-steps are just some of the options available to help you gain the upper hand over your opponent.

When defending, timing and accuracy are the key to success: tackles must be triggered at the right moment to boost your chances of success while avoiding dangerous play that could lead to a penalty.

With a strong focus on simulation, Rugby 20 offers players all the elements that make up modern rugby: tactical changes during matches, attacking pods, passing after contact and set plays. Rugby fans will find all the sport’s essential elements in the video game.

Pre-order now for access to the beta for PlayStation 4 and Xbox One on December 16.