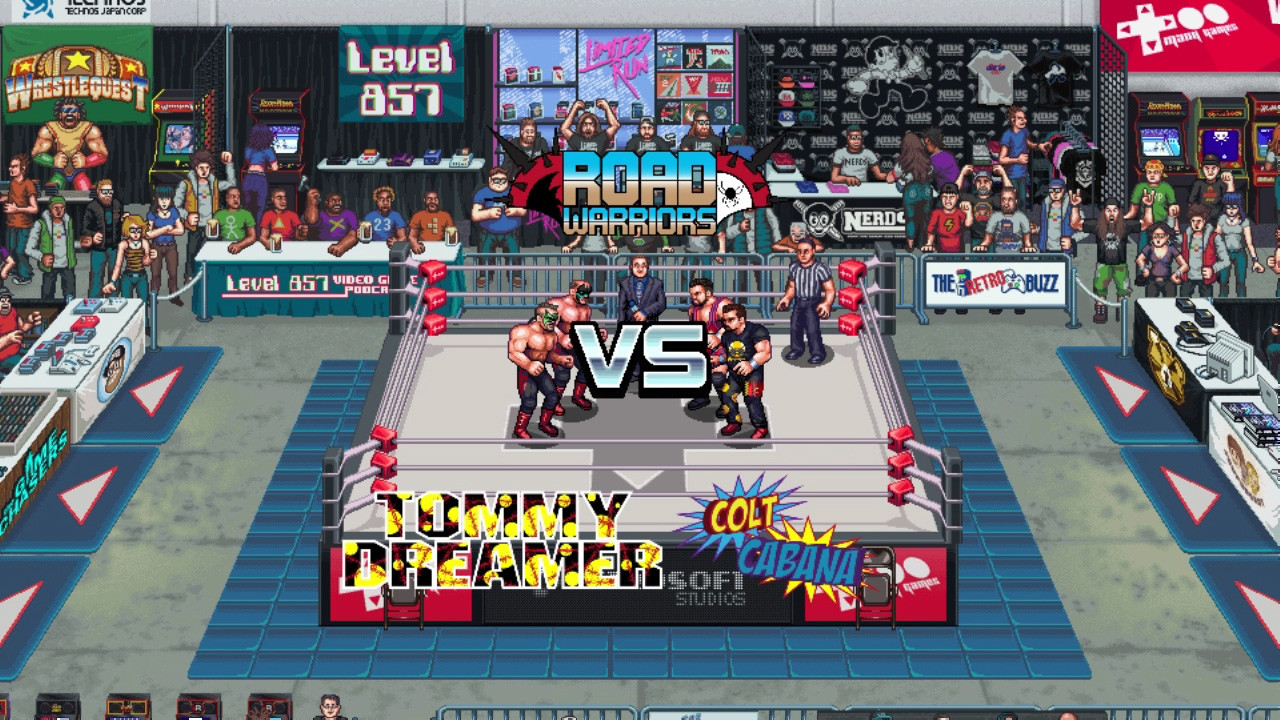 RetroMania Wrestling, the official sequel to the 1991 classic arcade game WWF Wrestlefest, is available on Steam. Actually, it was available last week and we forgot to mention it. Look for our review soon.

According to the official website, the console release hasn’t completed certification on console. They predict a short delay for Xbox One, PlayStation 4 and Nintendo Switch, hopefully within the next 2 weeks.

Up to 16 unique playable wrestlers will be available at launch, including The Road Warriors, Tommy Dreamer, Matt Cardona and Nick Aldis, with more wrestlers scheduled to arrive at a later date. Ian Riccaboni and Colt Cabana are the ringside announcers. 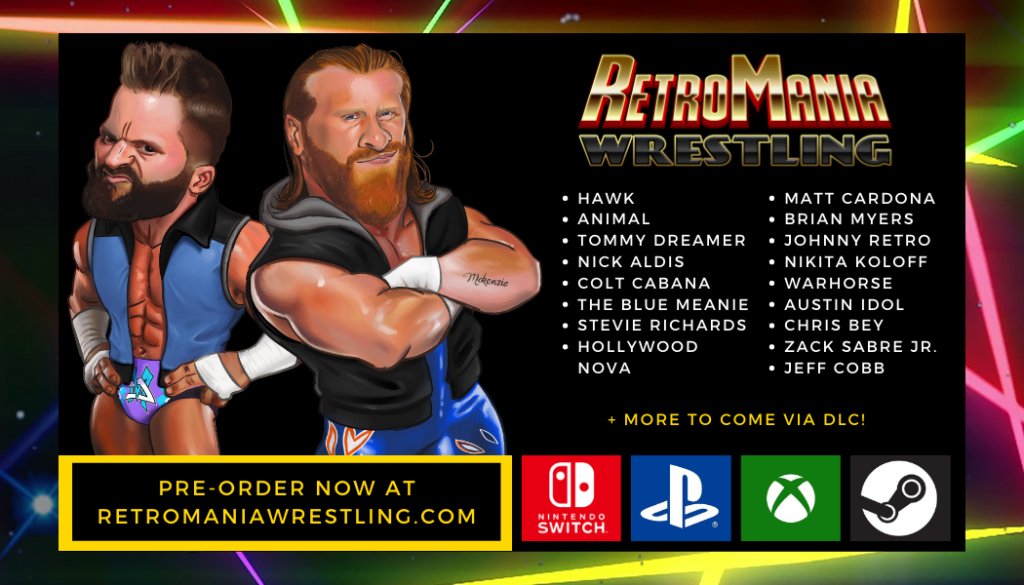 Below are just some of the features for RetroMania Wrestling: