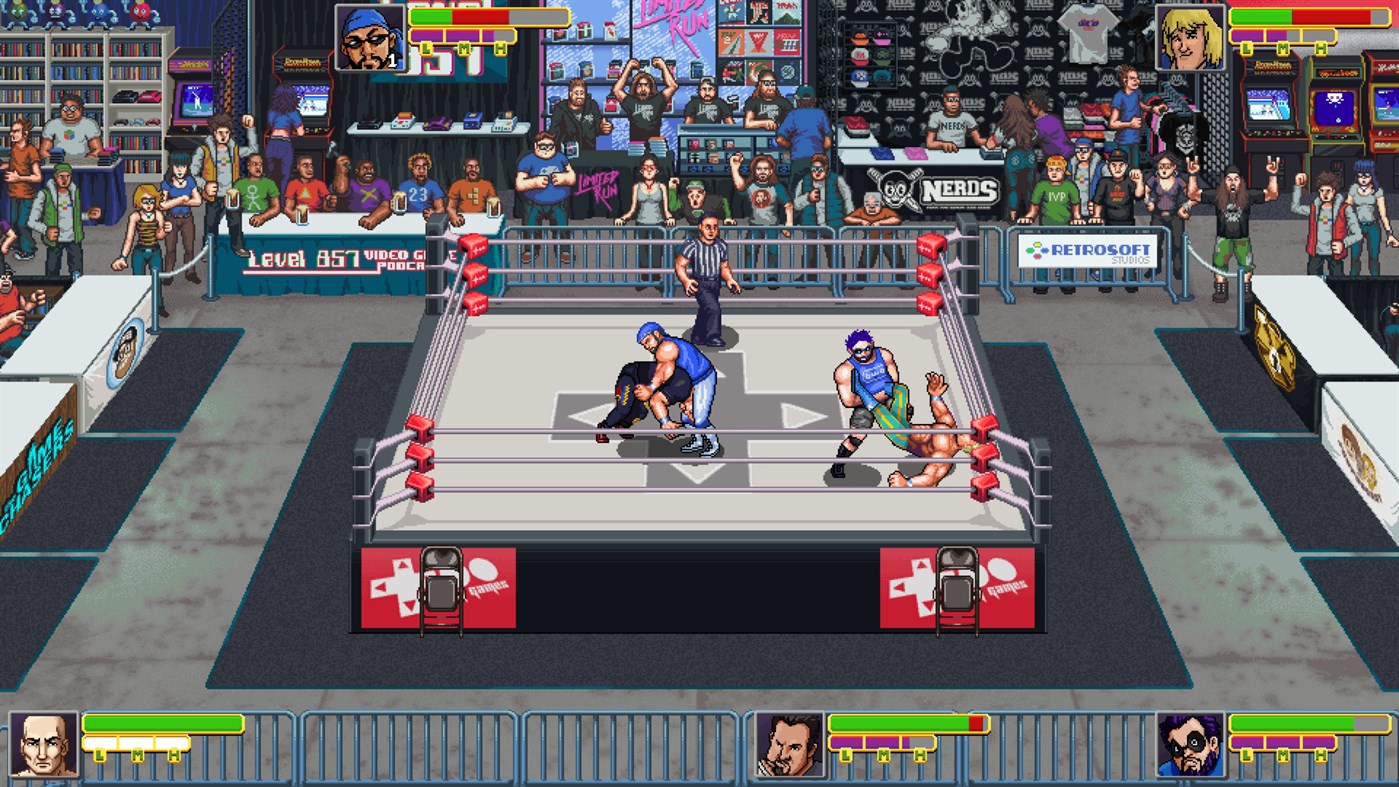 RetroMania Wrestling is available for the Xbox One and Xbox Series X|S. The game is still in the testing phase for the PlayStation and Nintendo Switch. We will update this post when it is available.

If you missed our RetroMania Wrestling review, make sure to read it here.

“Although the game advertises 50 different match variations, the basic match types include single, triple threat, fatal four, battle royal, elimination tag, and steel cage matches. The most fun out of these is obviously the steel cage match, but playing through a battle royal and coming out victorious is one of the most rewarding accomplishments in any wrestling video game. But where RetroMania truly shines is with its two single-player modes: Story and 10-Pounds of Gold.”