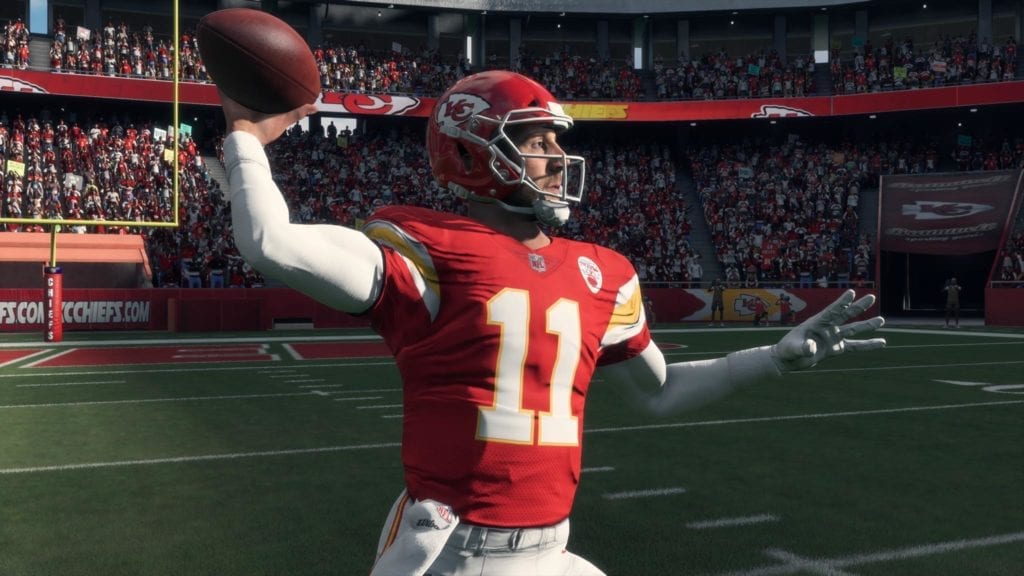 RedZone_EA, from the Madden NFL 18 Franchise Mode team, tweeted earlier today, that all of the new equipment that was added in the 1.04 title update, are now available for use in new and existing Cloud Franchises. He also gave us some additional information below.

Earlier this week, a title update introduced new equipment into Madden NFL 18. As a part of Thursday morning’s update that included Week 6 of Play Now Live becoming available, those equipment pieces are now also available for use in Cloud Franchises. The changes are also retroactive for existing Franchises, so you do not need to restart to take advantage of the new content. For Offline Franchise users, the equipment has been available for use since the original title update.

As a reminder, here is the list of what was added:

NOTE: Any player who wore the Nike Untouchables in an existing Franchise will now wear Nike Alpha Menace Elite by default.

All new equipment added in this week’s title update is now available for use in new and existing Cloud Franchises. Enjoy! #Madden18 #VICIS

#PlayNowLive Week 6 is now available in #Madden18! Which of this week’s NFL games will you be getting a head start on before the weekend? pic.twitter.com/ki3qCzxi74