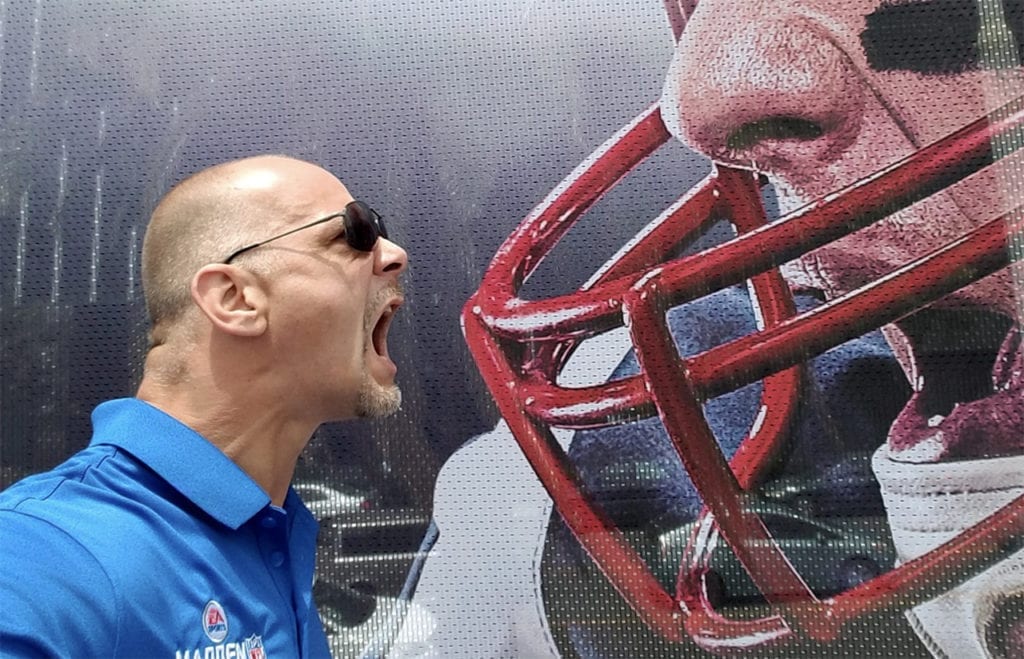 After 6 years, as the Creative Director for the Madden NFL franchise (12 years total with EA), Rex Dickson is leaving EA Tiburon.

Rex and the leaders on the team collectively agreed this was the best path moving forward, for everyone involved.

Time to confirm the rumors. I have left EA Tiburon and the Madden team. Statement below. pic.twitter.com/4eiJlrkxUU 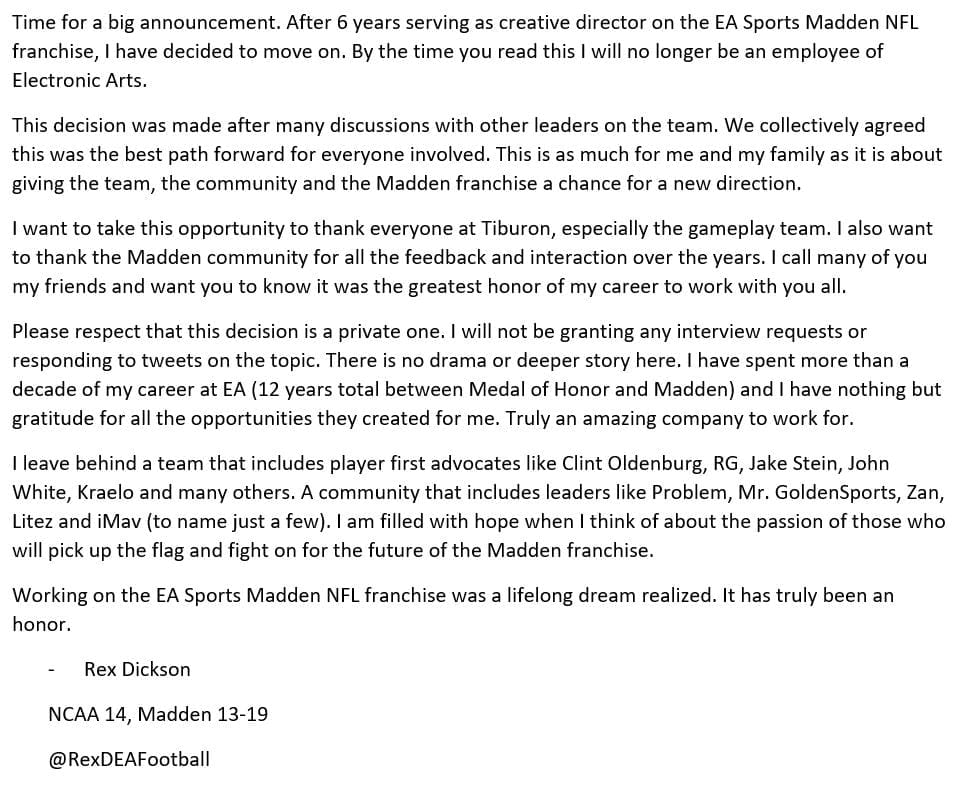 We’d like to wish Rex all the best and thank him for his contribution to the site.

Was great working with you and all guys at @OperationSports your forums were one of our primary sources for feedback. Can’t thank you enough.

Madden NFL 18 Ultimate League Championship Starts at 3:15 PM EST Today
If You Were in Charge of Madden: What Is Your Five-Year Plan (Roundtable)