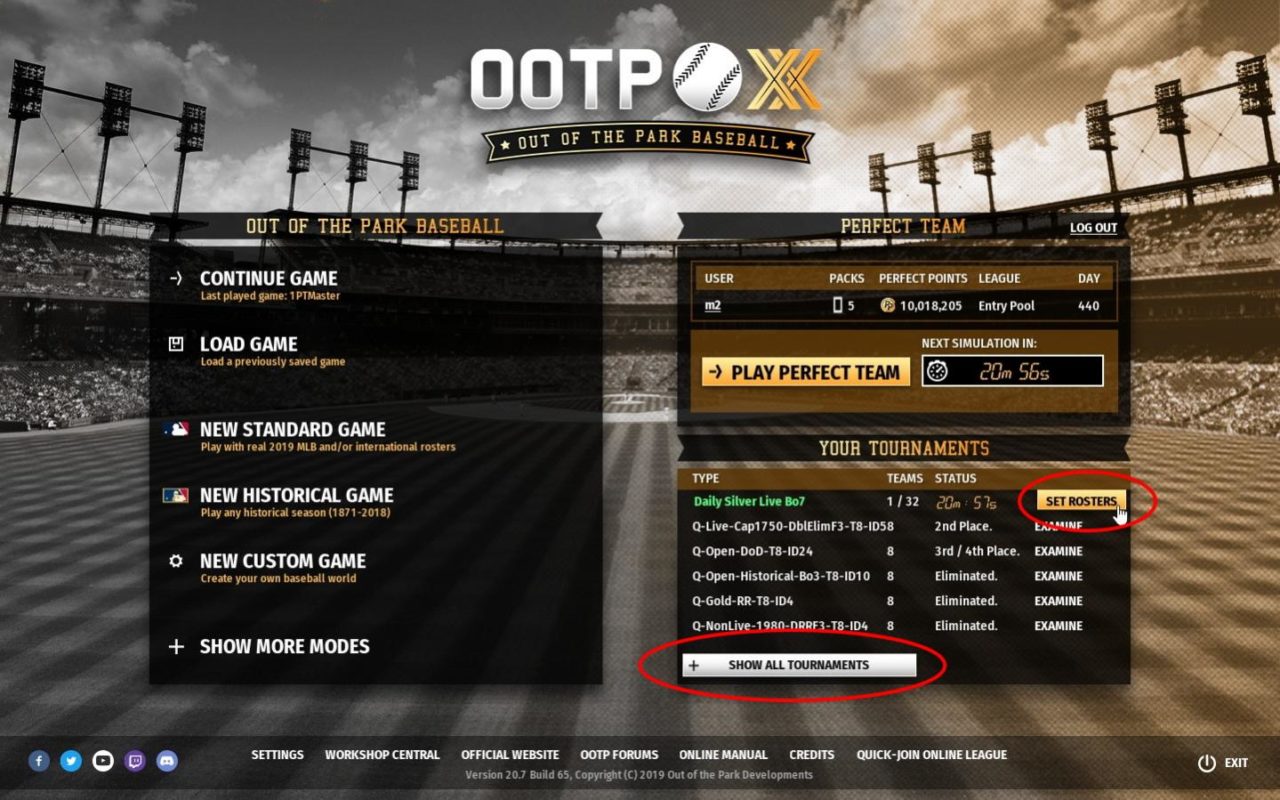 The public beta for Perfect Team Mode Tournaments is available for Out of the Park Baseball 20.

With the recent release of OOTP 20 update (version 20.7.68), you can check out the all-new Tournaments feature in Perfect Team mode. The team is putting the finishing touches on all the “under the covers” work, and would love for you to help them get the data they need to make Tournaments the best they can possibly be.

Tournaments are designed for everyone that enjoys Perfect Team mode in any fashion. They come in all shapes, sizes, and level of commitment – and are totally free for everybody! Users can join up to three at a time, too, and they don’t interfere with the traditional Perfect Team mode leagues and the seasons you’re enjoying. They’re wholly separate from everything else, letting you pick and choose when you want to play and what kinds of rewards you can earn.

Some Tournaments will start immediately once all teams have joined, while others will have defined starting and ending points. Some will feature settings from different eras; some will have a DH and others won’t. So many ways to play – and we’re barely scratching the surface!

Tournaments will generate great rewards, too! The bigger the Tournament in terms of players and rounds, the bigger the payout. Rewards can be special exclusive cards, card packs, or Perfect Points. Every Tournament will have clear information on everything, making it easy for you to pick and choose where and how you want to play.

Read more about the public beta for Perfect Team Mode Tournaments at the official website.

OOTP’s This Week In Perfect Team: MLB’s Peak of the Mountain!
Out of the Park Baseball 20's Perfect Team Tournaments Are Now Live - With an Exclusive Operation Sports Giveaway!