Konami announced PES 2019 Data Pack 2.0 is scheduled to arrive on October 25 for PlayStation 4, Xbox One and PC STEAM, featuring over 100 updated player faces within the game, as well as updates to stadiums and a new range of football boots.

PES 2019 Data Pack 2.0 will also expand its growing list of league licenses, with the full list of the CFA Super League and Thai League club teams and logos being added to the roster of teams available in the game.

Following the announcement of AS Monaco as a new partner club for PES 2019, Data Pack 2.0 will see the club’s Stade Louis II now available in both afternoon and night modes, meaning players can experience the 18,500-seat stadium in perfect detail both in daytime and under the floodlights. Also included will be the new eFootball.Pro Arena which will play host to upcoming eSports competitions, details will be announced shortly.

Data Pack 2.0 will also feature a range of gameplay updates, particularly focusing on improved AI performance. These include more variation in the attacking style of COM opponents and better goalkeeper AI in 1v1 situations. Other gameplay improvements will see the accuracy of chip shots adjusted, improved headers and defender positioning.

Elsewhere, player equipment has also seen an update, with three sports brands featuring their latest footwear in the game. New boots from Nike, adidas and Puma have all been added to keep player appearances as up to date as possible. 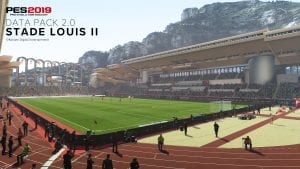 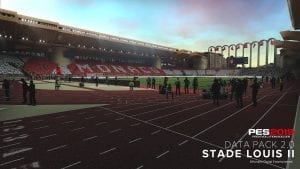 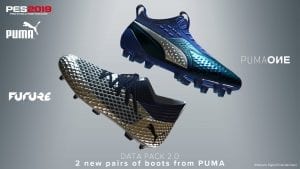 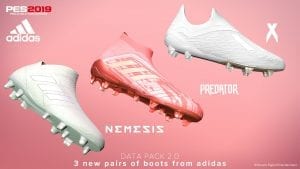 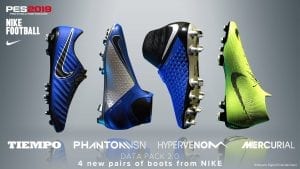