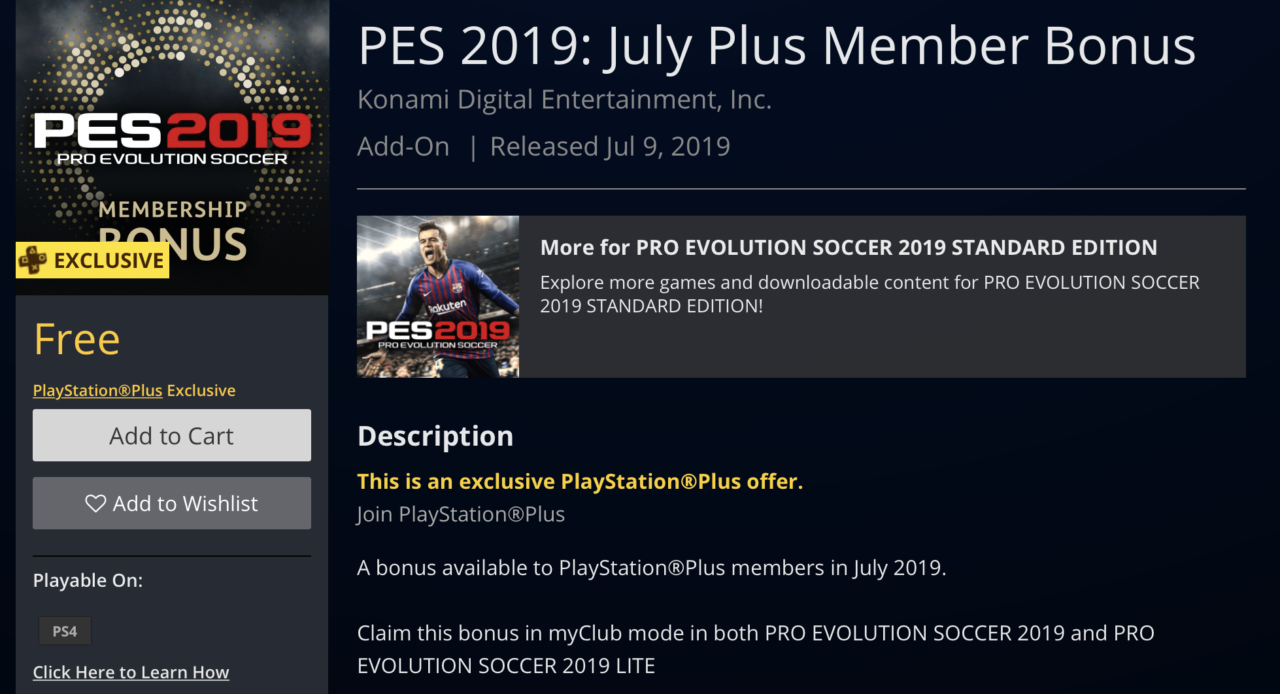 PES 2019 and Horizon Chase Turbo will be available to download from the PlayStation Store on July 2 through August 5, free for PlayStation Plus subscribers.

UPDATE: (7/2) Sony made a swap to the PS Plus games lineup for July. This month, instead of Pro Evolution Soccer 2019, they are adding Detroit: Become Human Digital Deluxe Edition, which also includes Heavy Rain, to the July games lineup.

Horizon Chase Turbo will still be available from July 2 to August 5.

A bonus available to PlayStation Plus members in July 2019.

Create magic moments on and off the pitch, with each player possessing their own traits that will affect how they react in the moment, while myClub and Master League modes allow you to pursue your own club career. Enjoy local play for up to 4 players, or go online* and test your skills against the world.

Prepare for a blast of pure ‘90s nostalgia with Horizon Chase Turbo, a love-letter to the iconic, just-one-more-go racers of the arcade’s golden age.

Drawing inspiration from the likes of Out Run, Top Gear and Rush, developer Aquiris Game Studio captures the essence of the 16-bit era with style, with modern visuals, a soundtrack with insane arpeggios, and classic split-screen couch multiplayer.