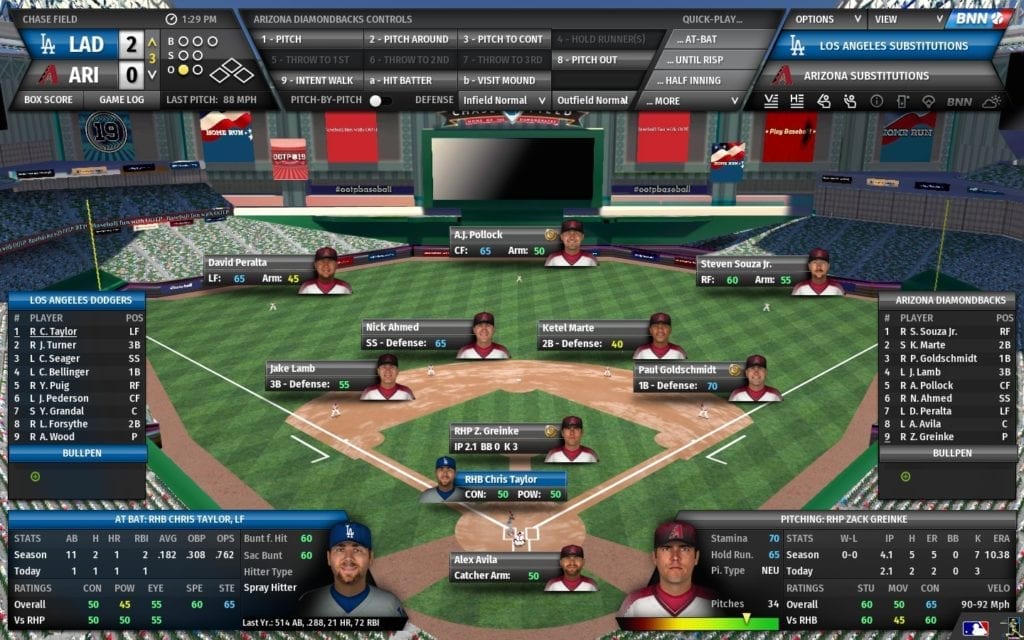 Last time, we took a look at the amazing new 3D player models and improved 3D stadiums in OOTP 19. That’s not all that was improved, though: The entire in-game user interface was revamped as well, from the pre-game screen through to the final wrap-up and box score. It’s a sleek, engaging experience that will make you want to spend more time calling the shots from the dugout.

Let’s start with the pre-game screen. Player images now appear in each spot in the batting order, along with a comparison that uses the logo of the superior team, for a quick view of how the clubs match up. Status icons, including ones that show hot and cold streaks, as well as how tired pitchers are, show up here too.

As in past versions of the game, you can click through various sub-screens before starting the contest. The new Team Leaders screen showcases the new format for leader boards, with a nice big shot of the player who’s on top in each category. Whereas in past versions, the “Show customizable player list” view was the default option, now the default is shows new split lists that let you see pitchers and hitters at the same time. You can also now see the pitchers’ bullpen roles.

The Team Stats screen has also been improved, with the general game options running down the middle of the screen for easy accessibility. 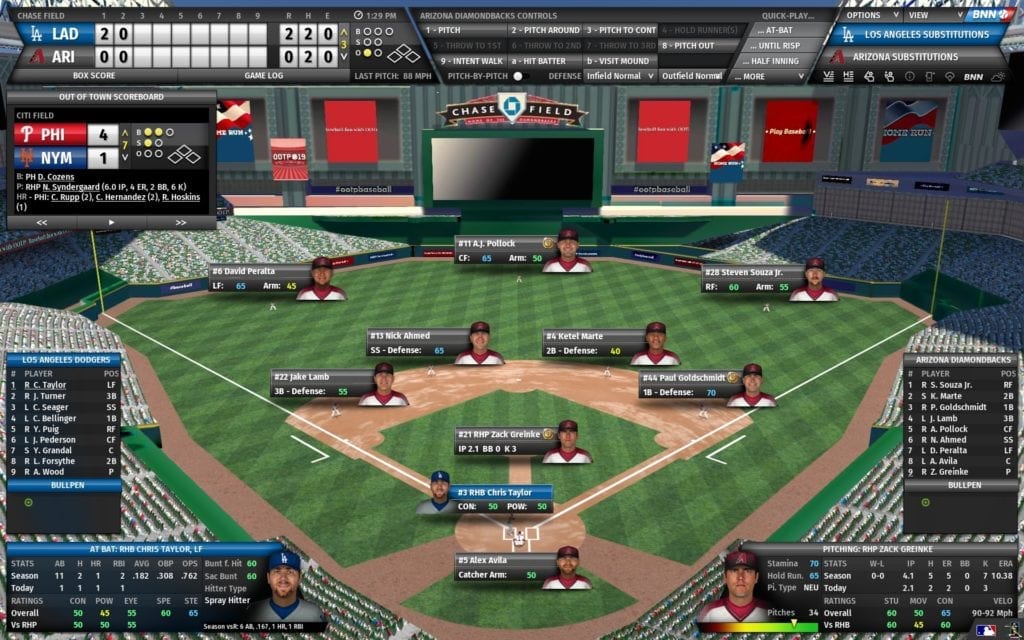 After you click “Start Game,” you’re taken to the new in-game view, which has been completely redesigned. It has a modern look, complete with a logo for the fictional Baseball News Network that makes it feel like a TV broadcast. The score display in the upper left was also modeled after modern baseball telecasts – in a nice touch, there’s also a clock that advances with the game.

At the bottom of the screen, nice big widgets showcase the hitter and pitcher for each at-bat, with images for both and a handy meter that shows how tired the pitcher is. The controls that allow you to decide whether to pitch around, steal a base, and so forth are now at the top of the screen, which makes more sense.

As in past versions of the game, there are plenty of options at the top of the screen too, including the ability to switch to Classic View in either 2D or 3D, various ways you can configure the on-screen widgets and change between camera views, and ways to change the play-by-play speed and other features. You can also quick-play until a certain point in the game, including the next time there are runners in scoring position.

If you have a large computer screen, you’ll appreciate all the extra stuff you can summon, if you want. There’s an out-of-town scoreboard that cycles through the scores of the other games that day (there’s also a screen for those scores that shows scoring updates and top performers too), along with a pitch location widget, a heads-up that shows fielder positions, and a widget with weather and ballpark information. If your display is large enough, you could feel like you’re running MLB Command Central on your computer.

Finally, there are two new options to hide all the widgets and/or the entire top area while playing, so you can watch all the action play out in fullscreen mode without any distractions. 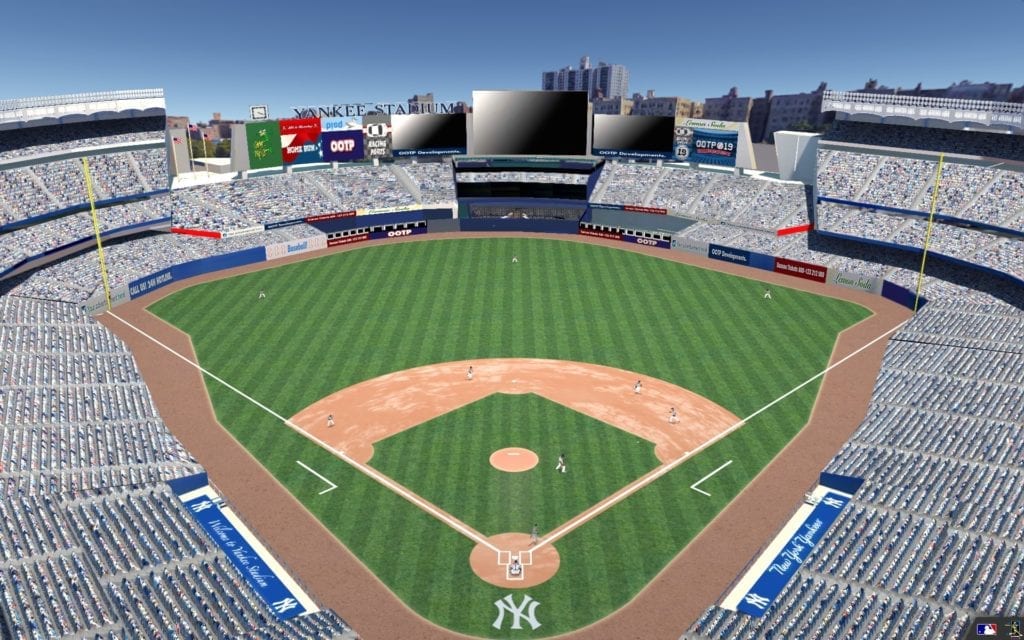 After the final out

When the game ends, you can view a recap, game log, and box score, with options to generate a WPA (Win Probability Added) Graph and edit the recap, if you feel you’re a better journalist than the game’s news generation system. All of those things were available in the past, as was the option to save a replay of the game before exiting and finishing out another day of MLB action.

If you’ve enjoyed playing out your games in past versions of OOTP, you’ll enjoy it even more now with the sleek, newly redesigned in-game screen. And if you don’t typically play out your games, we’re guessing you might just feel the need to do so once or twice this year, if only to savor the experience.

Cancel reply
Comment on this article
Continue Reading
You may also like...
Related Topics:baseball, ootp, ootp 19, Out of the Park Baseball, out of the park baseball 19, spotlight