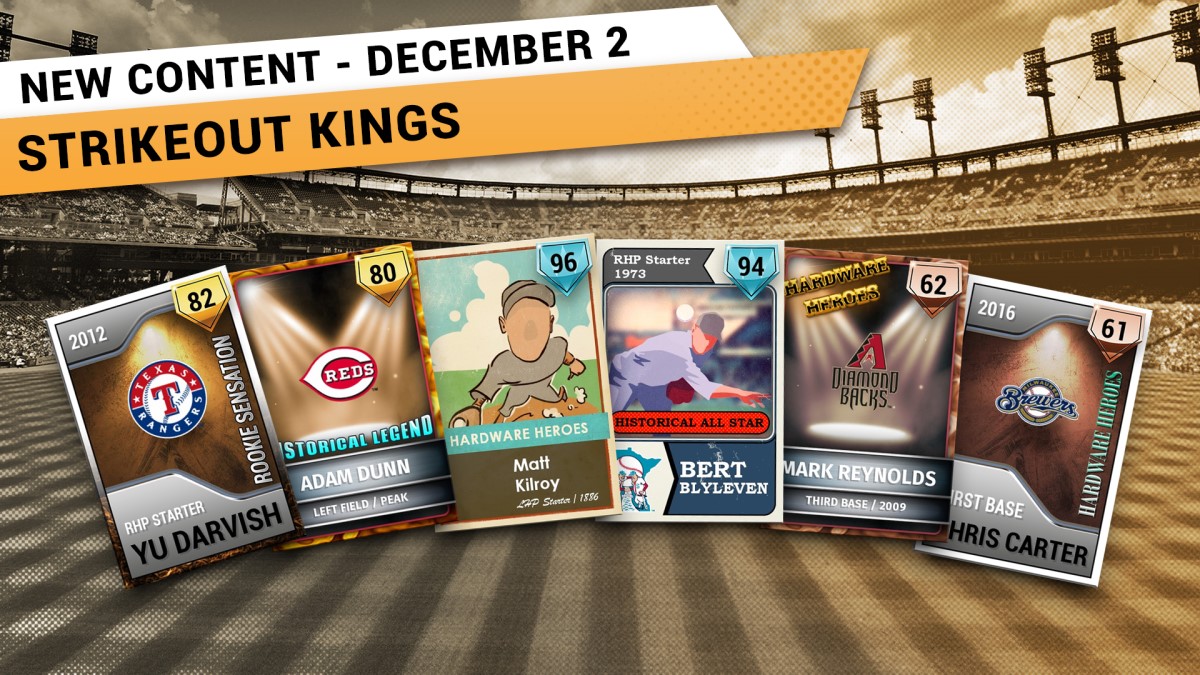 Out of the Park Baseball 20 introduced its latest set of Perfect Team cards this week, players designed to get your squad over the hump in your Perfect Team Leagues and Tournaments! These Strikeout Kings are pitchers that make bats miss and hitters that have no problem swinging for the fences – even if it means the K’s pile up on occasion. 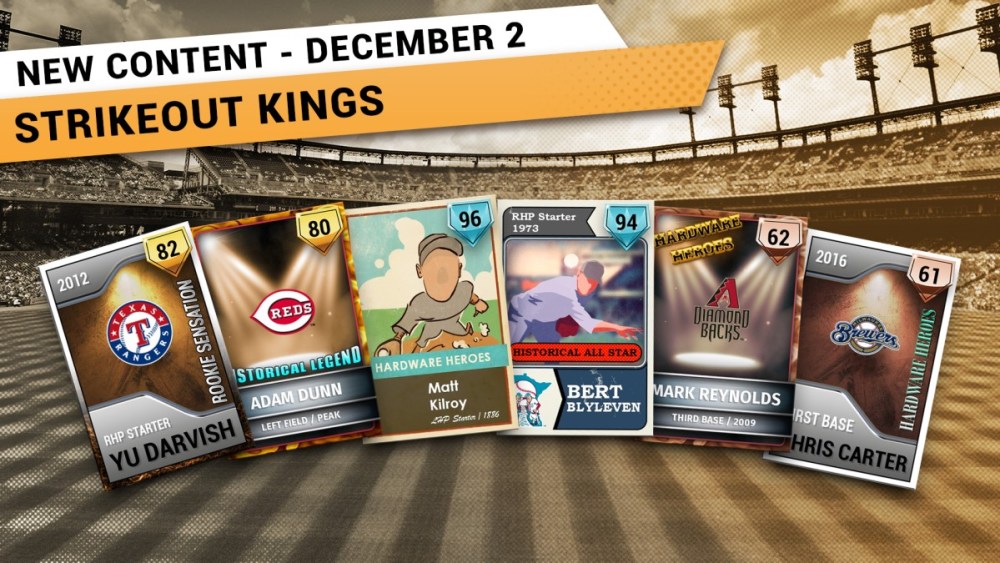 The OOTP Now Podcast: The five best franchises to start in OOTP 20

Every Tuesday brings a new episode of OOTP Now, the popular podcast produced by the Out of the Park Developments crew. This week, host Rich Grisham chatted with the OOTP Minor League Roster Guru Scott Spindler all about the 5 most interesting franchises to start in OOTP 20, the flurry of MLB Hot Stove activity this week, and some of the top minor league prospects that may find themselves as part of major trade packages.

Every Thursday brings a new episode of The Kevin Kennedy Show, brought to you by Out of the Park Baseball. Rich Grisham talks baseball with MLB player, manager, and announcer Kevin Kennedy, and no topic is off limits! This past week, the two went in-depth on what life was like in the Latin American Winter Leagues back in the 1970s and 1980s. As a longtime winter league manager, Kevin is passionate and lets you know exactly where he stands!