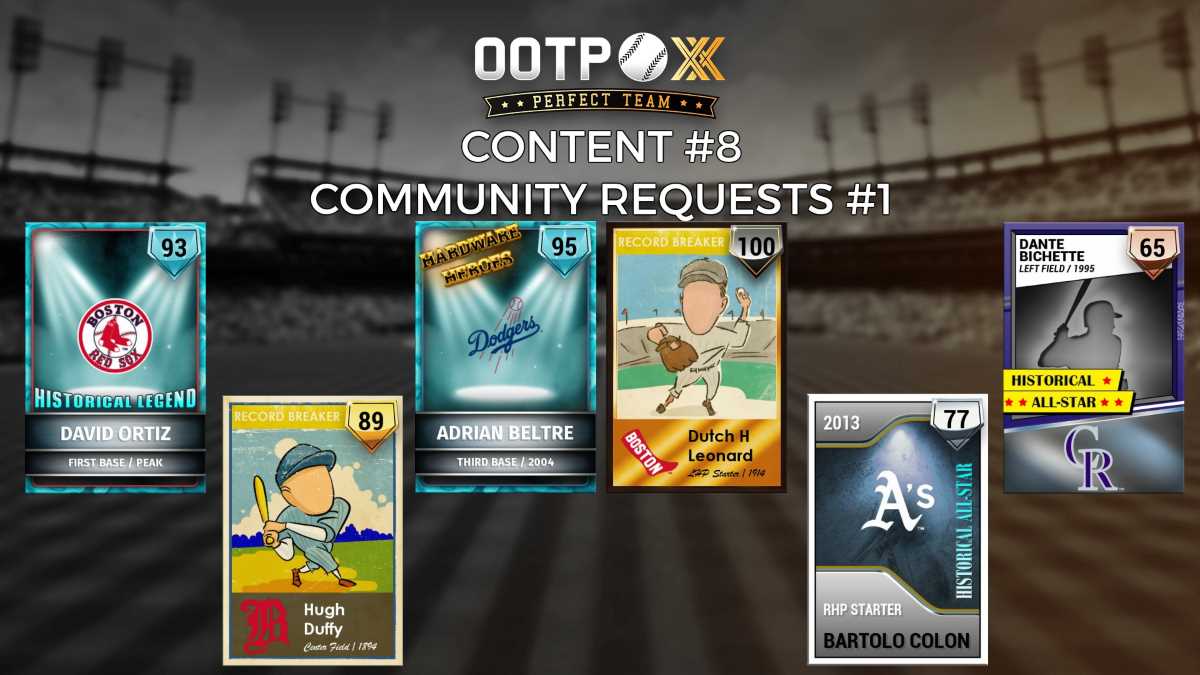 The Out of the Park Baseball developers have always welcomed requests from their community, and OOTP’s smash-hit Perfect Team mode is no exception. If there are cards you want to see added to the game, fill out this Google Doc to make your request.

The past two weeks, OOTP Developments’ Perfect Team Community Manager Kris Jardine has introduced OOTP 20’s first two sets of cards requested by the PT community. You can catch up on the action in the YouTube replays of last week’s and this week’s episodes, and you can catch future TWiPT episodes live every Monday at 9 PM ET at Twitch.tv/ootpdevelopments. 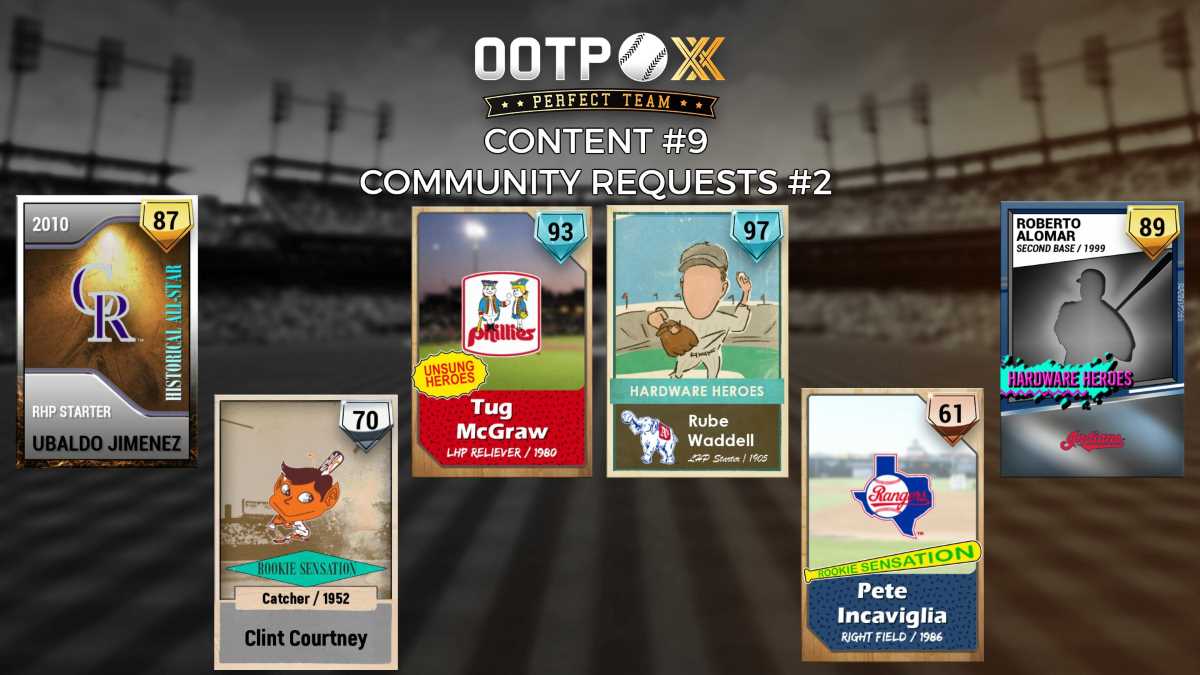 The OOTP Now Podcast: Scouting and Player Development Tips and Crowning a Champion

In last week’s episode of the popular OOTP Now podcast, host Rich Grisham chatted with Customer Support guru and longtime OOTP expert Alex Murray about the launch of OOTP 20. Murray also had plenty of tips for success in scouting and player development in the game.

And this week, Jardine joined Grisham to bask in the glow of his team’s first-ever Perfect Team league title. Jardine explained how he assembled his team and how he plans on tackling his move to the Diamond Leagues. It’s a must-listen for anyone looking for a few Perfect Team tips.

No matter where you are on the Perfect Team ladder, there are likely a few holes you can plug on your team, so get busy ripping more packs. See you next week