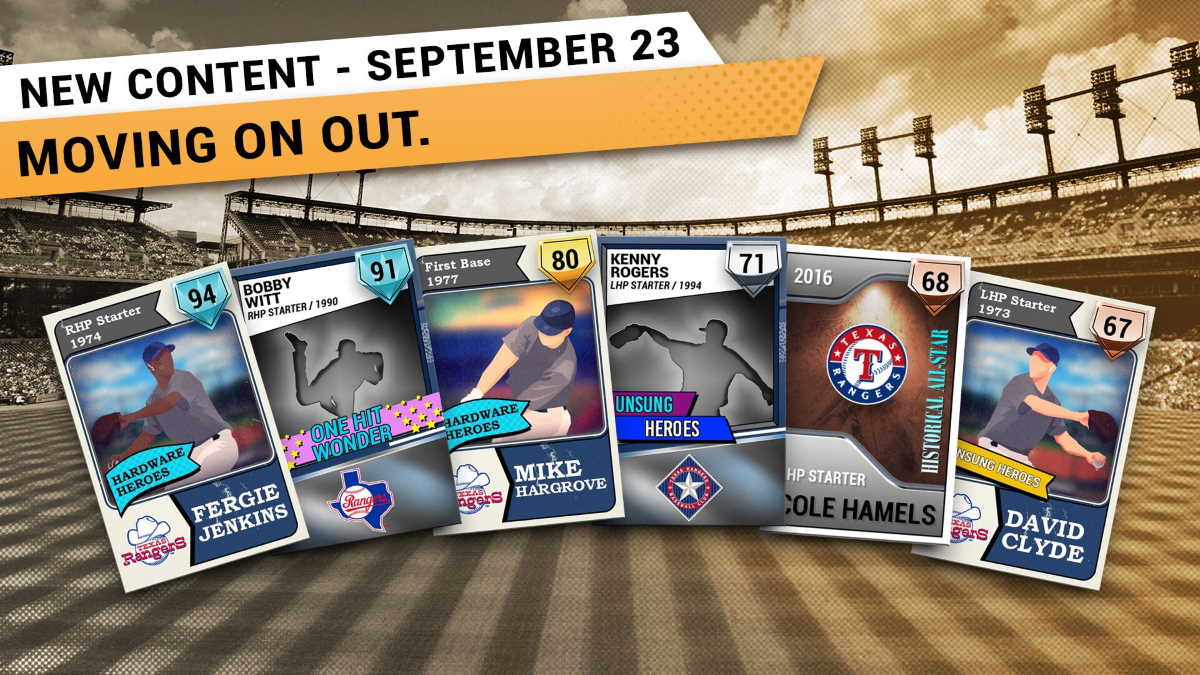 There’s something exciting about the promise of a brand new baseball stadium. The Texas Rangers may be more excited than other teams about moving into a new stadium, since their current field, Globe Life Park, was their home for two consecutive World Series losses, as well as two straight ALDS losses in recent years.

In honor of the Rangers’ move into Globe Life Field next year, the latest edition of This Week in Perfect Team featured host Kris Jardine introducing 6 new cards that pay homage to the club, including a pair of Diamonds. You can catch up on the episode at YouTube, and don’t miss the latest episodes of TwiPT every Monday at 9 PM ET at Twitch.tv/ootpdevelopments.

And if you haven’t taken the plunge into Perfect Team in OOTP 20, don’t worry that the baseball season is ending: Perfect Team will be in service all winter and next season too, so it’s never too late to grab a copy on Steam or through the OOTP Developments website.

Sure, you can stay in the baseball groove all winter with OOTP, but don’t forget that the puck is about to drop on the 2019-20 hockey season and Franchise Hockey Manager 6 will be hitting the ice on Oct. 11. That’s the focus of the latest episode of the popular OOTP Now podcast, as host Rich Grisham chatted with FHM producer Jeff Riddolls and Community manager Adam about everything FHM 6 has to offer.

If you’re excited too, you can pre-order FHM 6 today and get 10% off! You’ll also get access to the Beta version of the game 5 days before its official Oct. 11 release!

See you next week!